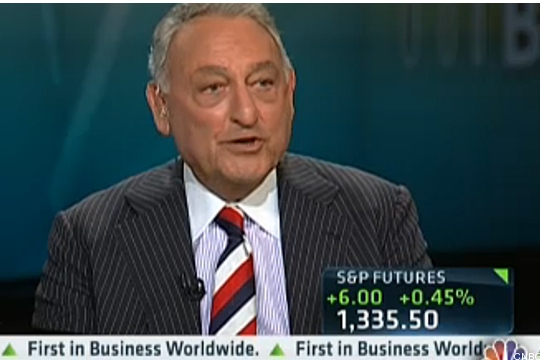 I’m in Alaska, amid moose and bear, trying to steal some time away from the absurdities of American politics and economics. But even at this remote distance I caught wind of Sanford Weill’s proposal on CNBC that big banks be broken up in order to shield taxpayers from the consequences of their losses. Forget the bear and moose for a moment. This is big game.

If any single person is responsible for Wall Street banks becoming too big to fail it’s Sandy Weill. In 1998 he created the financial powerhouse Citigroup by combining Traveler’s Insurance and Citibank. To cash in on the combination, Weill then successfully lobbied the Clinton administration to repeal the Glass-Steagall Act – the Depression-era law that separated commercial from investment banking. And he hired my former colleague Bob Rubin, then Clinton’s Secretary of the Treasury, to oversee his new empire.

Weill created the business model that Wall Street uses to this day — unleashing traders to make big, risky bets with other peoples’ money that deliver gigantic bonuses when they turn out well and cost taxpayers dearly when they don’t. And Weill made a fortune – as did all the other executives and traders. JPMorgan and Bank of America soon followed Weill’s example with their own mega-deals, and their bonus pools exploded as well.

Citigroup was bailed out in 2008, as was much of the rest of the Street, but that didn’t alter the business model in any fundamental way. The Street neutered the Dodd-Frank act that was supposed to stop the gambling. JPMorgan, headed by one of Weill’s protégés, Jamie Dimon, just lost $5.8 billion on some risky bets. Dimon continues to claim that giant banks like his can be managed so as to avoid any risk to taxpayers.

Sandy Weill has finally seen the light. It’s a bit late in the day, but, hey, he’s already cashed in. You and I and millions of others in the United States and elsewhere around the world are still paying the price.

What’s the betting that one of the presidential candidates will take up Weill’s proposal?