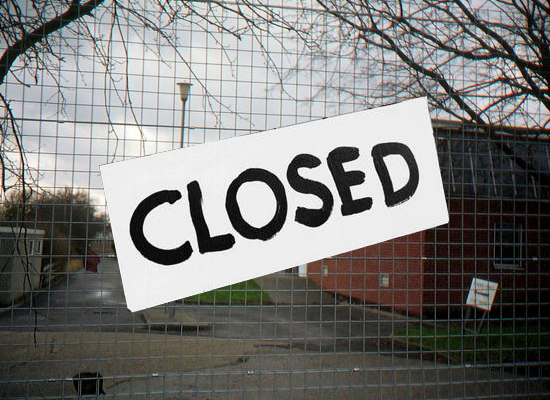 Parents and teachers worried about possible TUSD school closures would be wise to keep a close eye on what Superintendent John Pedicone‘s staff is calling the School Facilities Master Plan. 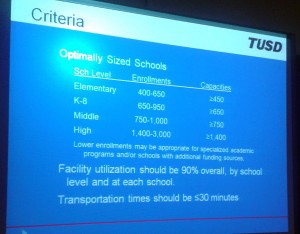 At their July 10 regular meeting, TUSD board members approved what their agenda described as “guidelines and criteria for school consolidation process for the purpose of obtaining public input.” Basically, this authorizes the next phase in Pedicone’s plan: holding town hall meetings and community forums premised on the idea that TUSD, due to a budgetary emergency, must close a substantial number of its schools. The issue is politically complicated, many of the district’s assumptions are matters of debate, and one big question seems to loom over all others: which schools, specifically, might be closed?

Unsurprisingly, they’re not providing specifics. For now, we have the “guidelines and criteria” approved by the board on July 10. Elementary schools should have enrollments of 400 or more, etc. Click on the image above, and you’ll see a summary of these.

Board members were provided with October 2011 enrollment statistics for all TUSD schools. Based on that information, and the guidelines and criteria they reviewed and approved, I’ve created a chart in which schools that don’t meed the minimum “optimal” enrollment appear in red. This doesn’t necessarily mean they’re candidates for closure; the guidelines acknowledge that lower enrollments “may be appropriate” in certain situations.

I take no responsibility for the data contained in this chart; the figures are simply what TUSD provided to its board members. Some of the “middle schools” listed here, such as Safford and Roskruge, are in fact K-8 schools. Certain special-purpose schools, such as Meredith K-12 (an exclusively special education facility) aren’t relevant to what’s being considered here. But I hope this list gives concerned folks a place to start.