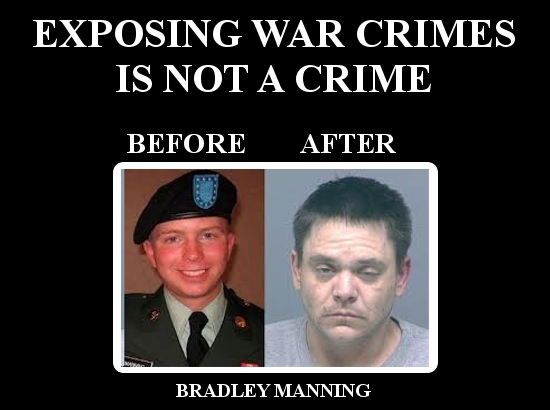 US army whistleblower Private Bradley Manning, known for allegedly leaking embarrassing US cables to website WikiLeaks, is now claiming his treatment in a pre-trial military prison for nine months was extreme and harsh and warrants a complete dismissal of his case. Manning’s defense also claims that his abusive treatment was directed from high up a chain of command.

The motion claims that Manning was punished through “degradation and humiliation” including:

The motion lists many more abusive scenarios endured by Manning but also claims that the officer who ordered the restrictions was acting on orders from an unidentified three-star general. Coombs claims, the treatment was “retaliatory punishment” after Manning and his defense spoke out over previous treatment.

Manning’s lawyers claim there was no legal or medical justification for the harsh treatment and that the treatment contradicted the recommendations of multiple psychiatrists.

Manning’s defense will give evidence of his experience during a hearing on October 1-5, according to the document.

Coombs is attempting to get all charges dismissed on the grounds that Manning’s pre-trial treatment was illegal and in violation of the constitutional prohibition of cruel and unusual punishment.