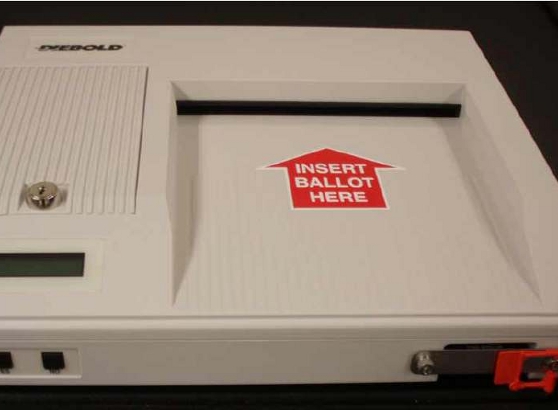 By “taking the matter under advisement”, Judge Kyle Bryson kicked the can a little farther down the road last Monday and further postponed the hearing granted to the Libertarian Party by the appellate courts for prospective relief in rigged elections.  Litigation was prompted by the discovery of suspicious activity surrounding the 2-billion dollar 2006 Regional Transportation Authority (RTA) bond election.

In his earlier hearing, Judge Kyle Bryson, winner of the latest round of musical chairs for superior court justices presiding over the last six years of litigation, waited three months before issuing a decision and failed to notify the plaintiff once the decision was made.

Bryson’s predecessor, Judge Charles Harrington, errantly ruled that the courts do not have jurisdiction to issue court orders that affect the process of elections, even if the legislative and executive branches fail to ensure fair elections. Arguments presented by Pima County in their motion to dismiss asserted that the courts were asked to ‘challenge an election’ or ‘conduct a criminal investigation’.

Instructions provided by the appellate court over its decision to grant the Libertarian Party a hearing for prospective relief addressed both these concerns:

Not an election challenge

“That remedy is wholly prospective in nature and relates only to future elections: it is not directed at completed elections like the 2006 Special Elections. Because granting injunctive relief would not require annulling or setting aside the RTA election results, the Libertarian Party’s claim is not an election contest and thus not subject to the five-day filing period. The trial court erred in concluding, pursuant to 16-673, that the counterclaim was filed untimely.”

Not a criminal investigation

“…therefore, even though the Libertarian Party may allege and then produce evidence of conduct that may well amount to a criminal violation, this does not convert its claim for injunctive relief into an impermissible ‘investigation into criminal conduct.’ Rather, it is simply a necessary part of establishing its claim for injunctive relief. The trial court therefore erred in dismissing the counterclaim on this basis.”

One person who must be very concerned about the mounting evidence of criminality surrounding the RTA election is Pima County Administrator Chuck Huckelberry, who has, according to what Attorney Bill Risner has discovered in the last six years of litigation, “systematically subverted critical controls required to protect the purity of elections.” As a result, Pima County’s legal team is using every means necessary to delay this proceeding, which would ultimately move the Pima County Elections process to a more transparent and accountable system.

Pima County Superior Court Judge Kyle Bryson’s last decision took 90 days and was so bizarre, it forced attorneys Bill Risner and Ralph Ellinwood to file a motion for a new trial. Instead of allowing the usual developments in a case to proceed, Kyle chose a new tactic of guessing what the plaintiffs would ask for, then denied the court’s jurisdiction in this matter in direct contradiction to the appellate court decision. Last Monday, Pima County had Bryson preside over the hearing that was prompted by Bryson’s decision in the first place. Adding to this circular logic, Pima County has begun alluding to the amount of time that has transpired to resolve this issue in their latest arguments.

Ronna Fickbohm: “They can’t come to you and say everything is the same as it was in 2006 because it simply isn’t. They don’t tell us how their arguments today fit in the Rule 59 framework.” Fickbohm is attempting to distract us from one of the intended functions of the hearing itself: to determine what is still needed to protect election integrity within Pima County’s elections division while taking into account any changes that have transpired since the RTA election. Despite public statements alluding to tighter security, self-published report cards and a hand-picked Election Integrity Commission, nothing can distract the public from the fact that Pima County has the same people operating within the elections division with impunity.

To make a claim that the plaintiffs “Can’t come to you and say everything is the same as it was in 2006” when Pima County is the sole entity to blame for blocking efforts to resolve this issue in 2006 is offensive. Almost as offensive as the repeated requests by Huckelberry’s IT man, John Moffatt, “to go forward in the spirit of cooperation, but not look into the past”. Below is Jim March (blackboxvoting.org) as he recalls his experience with Moffatt.

Pima County’s lawyer Ronna Fickbohm burns up a great deal of time arguing over the court’s inability to intervene in various bureaucratic processes, hoping people forget that the courts are the third major branch in the separation of powers. U.S. and Arizona State constitutions act as the hot knife through Fickbohm’s soft butter arguments about any inconvenience various bureaucracies might encounter over court orders.

Efforts to stop proceedings and further discovery have become so transparently awkward that the Pima County legal team continues to put forth this peculiar notion that courts shouldn’t allow for the process of fact finding and discovery. Emasculated under the umbrella of Pima County, Judge Kyle Bryson followed suit by second guessing the plaintiff and circumventing their efforts at getting to the truth.

Some may have a difficult time believing that such a third world style battle is taking place in our court systems today. The following video not only documents this latest exchange, but provides additional footage for the audience to decide if past statements by Pima County were ‘paraded in front of us out of context’. Finally, all are rewarded by witnessing the Bill Risner’s rebuttal at the end. He used his time wisely.