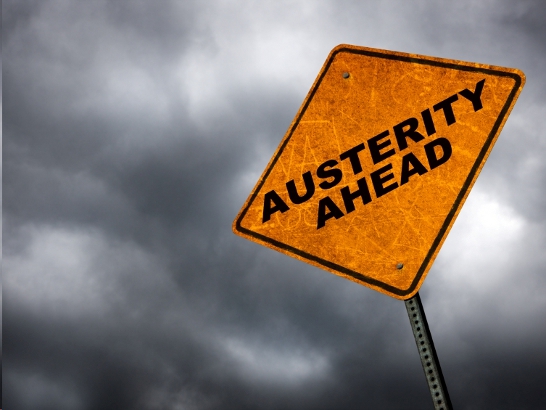 After a brief lull, anti-austerity protests in Europe were dramatically ratcheted up last week, especially in Greece and Spain. In Greece last Wednesday there was a 24 hour general strike to protest a new package of cut-backs and take-backs that shut down the entire country. In addition, over 300,000 demonstrators marched in protest in the capital city of Athens. In Spain, an attempt by several thousand protesters to surround parliament to keep it from approving further austerity measures (in a country already suffering from 25 percent unemployment) was met by baton-wielding police who charged the crowds and fired rubber bullets at demonstrators. The police chased the demonstrators, or anybody they thought to be demonstrators, into subways and places of business, causing a general fear and panic among Madrid residents. This was captured in a dramatic picture and article from the Guardian of England. Large demonstrations were also seen in Portugal and France, inspiring the Guardian columnist Suzanne Moore to write a column last week titled “The politics that matters is happening on the streets of Europe.”