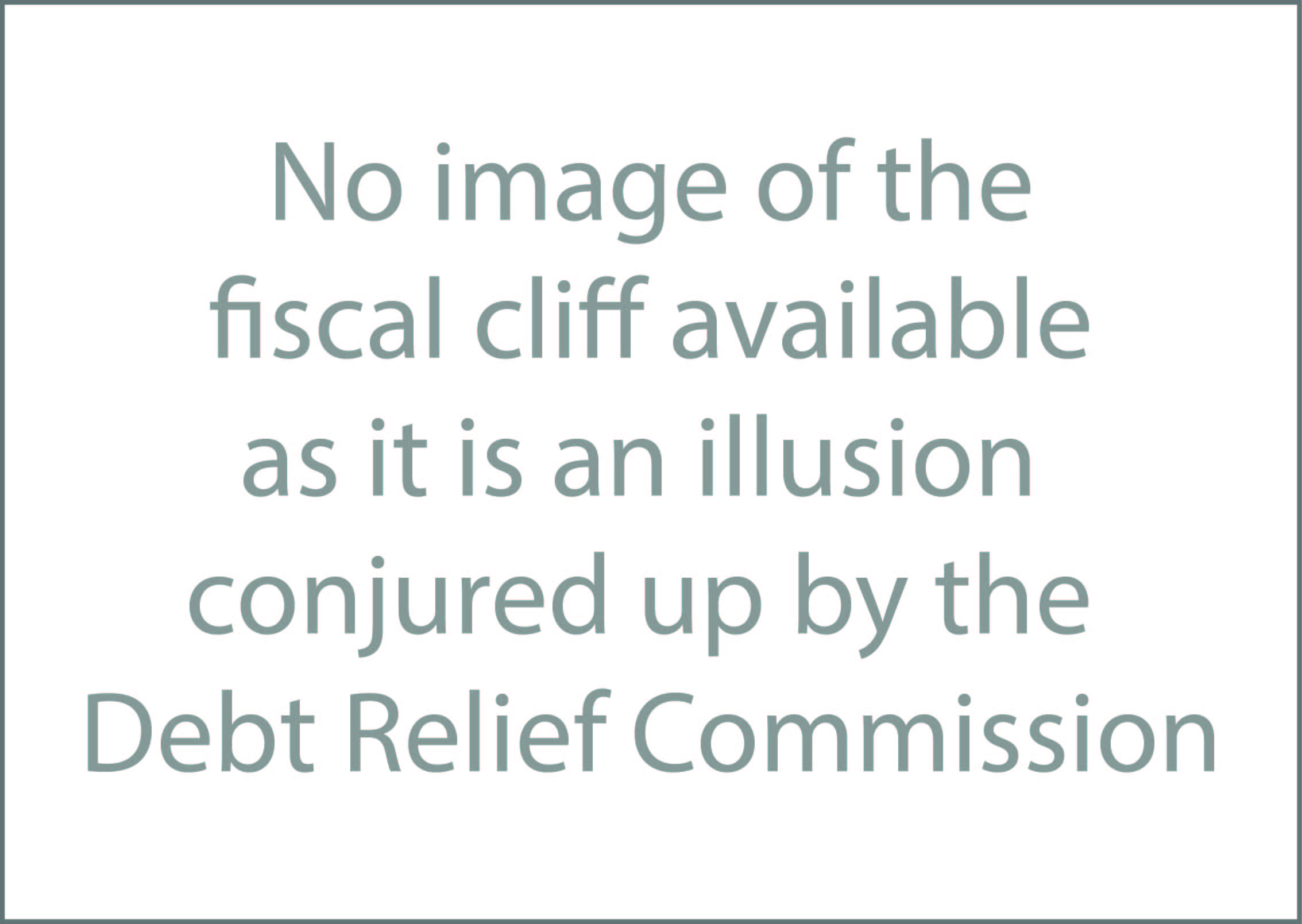 “Fiscal cliff” is the popular shorthand term used to describe the conundrum that the U.S. government will face at the end of 2012, when the terms of the Budget Control Act of 2011 are scheduled to go into effect. Among the laws set to change at midnight on December 31, 2012, are the end of last year’s temporary payroll tax cuts (resulting in a 2% tax increase for workers), the end of certain tax breaks for businesses, shifts in the alternative minimum tax that would take a larger bite, and the end of the tax cuts instituted in 2001-2003. At the same time, the spending cuts agreed upon as part of the debt ceiling deal of 2011 will begin to go into effect. According to Barron’s, over 1,000 government programs– including the defense budget and Medicare are in line for “deep, automatic cuts.”

Possible effects of the fiscal cliff

If the current laws slated for 2013 go into effect, the impact on the economy could be dramatic. While the combination of higher taxes and spending cuts would reduce the deficit by an estimated $560 billion, the CBO estimates that their effect would be to cut the GDP by four percentage points in 2013, sending the economy into a recession (i.e., negative growth). At the same time, it predicts unemployment would rise by almost a full percentage point, with a loss of about two million jobs.

Will this be another example of “the shock doctrine”?

The Shock Doctrine: The Rise of Disaster Capitalism is a 2007 book by Canadian author Naomi Klein in which she argues that radical free market policies are often pushed through while the citizens are reacting to disasters or upheavals (e.g., the wholesale privatization of New Orleans’ school system in the wake of Hurricane Katrina). It further argues that some numbers of crises are artificially generated with the intention of pushing through unpopular reforms in their wake. The fiscal cliff could well be an example of this, as it creates an arbitrary but catastrophic deadline that gives the false impression that the USA is “broke,” and which thereby forces concessions on previously untouchable social entitlement programs.

How the sell-out to the one percent will likely proceed

The writer Glenn Greenwald has provided a handy, six-step guide to how the negotiations between Congress (especially the Republican- controlled House) and the Obama administration to revise the terms of the Budget Control Act will likely proceed. As Greenwald puts it, this is “the standard pattern of self- disempowerment used by American liberals to render themselves impotent and powerless in Washington.”

Step #1: Liberals will declare that cutting Social Security and Medicare benefits – including raising the eligibility age or introducing “means- testing” – are absolutely unacceptable, that they will never support any bill that does so no matter what other provisions it contains, that they will wage war on Democrats if they try.

Step #2: As the deal gets negotiated and takes shape, progressive pundits in Washington, with Obama officials persuasively whispering in their ear, will begin to argue that the proposed cuts are really not that bad, that they are modest and acceptable, that they are even necessary to save the programs from greater cuts or even dismantlement.

Step #3: Many progressives – ones who are not persuaded that these cuts are less than draconian or defensible on the merits – will nonetheless begin to view them with resignation and acquiescence on pragmatic grounds. Obama has no real choice, they will insist, because he must reach a deal with the crazy, evil GOP to save the economy from crippling harm, and the only way he can do so is by agreeing to entitlement cuts. It is a pragmatic necessity, they will insist, and anyone who refuses to support it is being a purist, unreasonably blind to political realities, recklessly willing to blow up Obama’s second term before it even begins.

Step #4: The few liberal holdouts, who continue to vehemently oppose any bill that cuts social security and Medicare, will be isolated and marginalized, excluded from the key meetings where these matters are being negotiated, confined to a few MSNBC appearances where they explain their inconsequential opposition.

Step #5: Once a deal is announced, and everyone from Obama to Harry Reid and the DNC are behind it, any progressives still vocally angry about it and insisting on its defeat will be castigated as ideologues and purists, compared to the Tea Party for their refusal to compromise, and scorned (by compliant progressives) as fringe Far Left malcontents.

Step #6: Once the deal is enacted with bipartisan support and Obama signs it in a ceremony, where he touts the virtues of bipartisanship and making “tough choices,” any progressives still complaining will be told that it is time to move on. Any who do not will be constantly reminded that there is an Extremely Important Election coming–the 2014 midterm–where it will be Absolutely Vital that Democrats hold onto the Senate and that they take over the House. Any progressive, still infuriated by cuts to social security and Medicare, who still refuses to get meekly in line behind the Party will be told that they are jeopardizing the Party’s chances for winning that Vital Election and–as a result of their opposition–are helping the Republicans take control of the Senate and retain control of the House.

How do we stop it?

Difficult to say precisely, but an Occupy Wall Street: The Sequel, in which thousands upon thousands once again took to the streets and parks of the nation in protest, would be very, very helpful.

2 thoughts on “A Primer to the Fiscal Cliff”