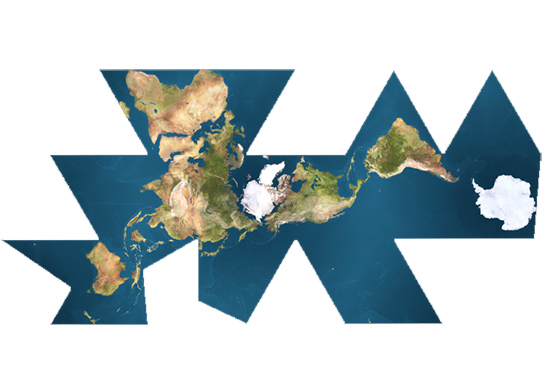 The distinguished sociologist Imannuel Wallerstein recently wrote of the “rapidly and constantly shifting geography of protest” that has been sweeping the world since the onset of the Great Recession. In his reckoning, one protest “pops up here and then is either repressed, co-opted, or exhausted,” after which another protest pops up somewhere else and then, after it has run its course,another pops up elsewhere, “as though worldwide it was irrepressible.”

The root cause of these protests, according to Wallerstein, is quite singular—a reaction to neo-liberal austerity measures that allow the “one percent” to hold on to, or even increase, their share of the wealth while everyone else’s share shrinks in the wake of 2008. He goes on to state that these protests will continue indefinitely into the future because “the world income squeeze is real, and not about to disappear.” To help keep our readers abreast of this shifting geography of protest, the Occupied Tucson Citizen presents a digest of austerity-related protests:

BAHRAIN (August 31) — Tens of thousands of people chanting anti-government slogans and holding up pictures of jailed activists have taken part in Bahrain’s first authorized opposition protest since June. Protesters carried Bahraini flags and held up images of rights activist and protest leader Nabeel Rajab, calling for his release. Bahrain, where the US Fifth Fleet is based, has been in crisis since a revolt led by majority Shia Muslims began 18months ago to demand democracy in the kingdom. (October 2) — Clashes erupted on Tuesday at the funeral of a protester jailed during last year’s pro-democracy uprising. The unrest broke out after police stopped a crowd of thousands of mourners from marching to the Pearl Roundabout, the center of the uprising.

CANADA (September 20) — In the Canadian province of Quebec, the new government has canceled a tuition hike that had sparked mass protests over the spring and summer. The newly-elected Quebec Premier, Pauline Marois, fulfilled a campaign promise less than 24 hours after the new government came to power by repealing the planned fee hike. A massive strike of some 150,000 students had been launched in March against the increase and hundreds of thousands of Canadians regularly took to the streets in the months that followed to support of the student strike,with the marchers wearing red squares and banging pots and pans in what came to be known as “casserole marches.”

CHILE (August 23) — In continuing protests against the highly-privatized Chilean education system, and the high debt the students are incurring as a result of it, a number of schools and universities were occupied by students. This followed a national student strike on the 28th of June,which was marked by a march of some 150,000 protesters in Santiago.

CHINA (September 24) — 2000 workers at an Apple supplier, Foxconn, in northern China riot for 4 hours. This follows a strike in March by workers at the Foxconn factory over pay and working conditions. There are an estimated 500 protests in China every day. Many protests number in the tens of thousands, and some (for example in Hong Kong on July 1) in the hundreds of thousands.

GREECE (November 7) — The Greek parliament narrowly backed a$13.5 billion austerity package featuring tax hikes and pension cuts —Greece’s fourth austerity package in three years. More than 100,000people take to the streets of Athens to oppose the measure,capping a three-day strike and staging Greece’s largest protest since August. The protest ended in clashes with police firing tear to disperse the crowd.

HONDURAS (October 4) — After protests by civic groups and the indigenous Garifuna people, the Honduran supreme court has given a preliminary ruling declaring that privately run cities in the Central American country would be unconstitutional, threatening one of the world’s most radical neoliberal economic experiments which would build, from scratch, the rules, roads and rafters of a“charter city” for foreign investors. These privately-owned cities would have their own laws, tax system, judiciary and police.

INDONESIA (October 3) — Hundreds of thousands of workers across Indonesia staged a one-day strike Wednesday in the latest of the country’s frequent labor protests. The strikers, who are seeking better enforcement of labor laws and an increase in the current minimum-wage levels for some of the nation’s least-skilled workers, drew demonstrators from more than 700 companies in 80 industrial parks on the islands of Java, Batam and Sumatra, the National Police said. No violence was reported.

ISRAEL (June 23) — Thousands of Israelis erupt in renewed protests after the arrest of protest leader Daphni Leef. Leef was attempting to set up tents on Tel Aviv’s Rothschild Boulevard in the hopes of reviving last summer’s tent protests when hundreds of thousands of Israelis took to the streets to protest the rising cost of living and the breakup of the welfare state — including over 300,000 people in Tel Aviv alone on September 3, 2011.

ITALY (November 14) — Millions took part in Europe-wide strikes while hundreds of thousands of Europeans took to the streets in protests against German-orchestrated cuts as the eurozone is poised to move back into recession. The day represented one of the largest coordinated anti-austerity protests to date with actions taking place throughout the continent,with particular focus on Italy and Spain where there were general strikes and where marches featured banners declaring “Austerity kills,” Occupy masks, flares, and improvised loudspeakers.

JAPAN (October 13) — Demonstrators in more than thirty countries across the globe, including Tokyo where the IMF and World Bank were meeting, called for the end of austerity policies as a part of “Global Noise”day. Organizers had called on demonstrators to create a global“casserole march,” inspired by protests featuring the banging of pots and pans by the Indignados in Spain and the “Red Square” student movement in Quebec. The largest demonstrations were in Spain and Portugal, where hundreds of thousands of protesters flooded the streets, banging pots and pans and carrying placards saying, “We don’t owe, we won’t pay.”

KUWAIT (November 4) — State forces have again attacked a protest of thousands of people challenging the ruling monarchy’s effort to change electoral laws. The U.S.-backed Kuwaiti regime has stoked anger after dissolving parliament and proposing voting laws that opponents have described as a constitutional coup. On Sunday, Kuwaiti police fired stun grenades, tear gas and smoke bombs at thousands of protesters blocking a major road south of the capital of Kuwait City. Two weeks earlier police had similarly attacked another protest against the proposed changes of some 50,000 people.

MEXICO (July 7) — Nearly 100,000people marched in Mexico City to protest the electoral irregularities that contributed to the “imposition” of Enrique Peña Nieto as president of Mexico. A primary target of the demonstration, and of the student-based Yo Soy 132movement that organized it, was also Mexico’s corporate mass media, which a significant part of Mexican society accuses of misinformation and of having supported Peña Nieto’s campaign. Televisa,the dominant portion of Mexico’s media duopoly with a 70%market share of the television audience, has a long association with Peña Nieto’s Institutional Revolutionary Party (PRI). In 1990, in fact, the network’s chief commented that it was “a soldier of the PRI.”

PANAMA (October 23) — Violence continues to flare in the Panamanian city of Colón amidst protests over the sale of state-owned land to private companies. On Monday, police fired gunshots to disperse demonstrators who had blocked roads.The shootings followed days of protests that saw at least three deaths last week,including a nine-year-old boy who died when police opened fire.

SPAIN (September 25) — Thousands of people surrounded the Spanish Parliament in Madrid on Tuesday to protest austerity measures and the loss of public confidence in elected leaders. The “Occupy Congress” protest came as the conservative administration of Prime Minister Mariano Rajoy prepared to unveil further austerity measures on Thursday. After hours of protest, police in riot gear charged against demonstrators with batons and fired rubber bullets. Thirty-five people were arrested, and at least 60 people were injured.

SOUTH AFRICA (October 3) — Miners striking the Lonmin Platinum Mine in Marikana, SouthAfrica won wage increases and returned to work. Their success and the massacre of 34 miners by government forces has lit a fire which has wildcat strikes spreading throughout the mining industry and beyond. The Financial Times estimates 80,000 miners on strike and allAfrica.com is reporting another 20,000 striking the transportation industry.

UNITED STATES (September 10) — Tens of thousands teachers, parents and students marched in downtown Chicago in support of the first teacher’s strike in Chicago in a quarter of a century. Some 29,000 teachers and support staff in the nation’s third-largest school system were involved in the strike action,having gone out on strike to resolve issues around pay raises, better classroom conditions, job security, evaluations, school closings and the partial privatization of the school system.

WAL-MART (October 10) — Wal-Mart workers have launched historic labor protests and strikes across 28 stores in 12 US states, the first retail worker strike in the company’s 50-year history. According to organizers, employees are protesting company attempts to “silence and retaliate against workers for speaking out for improvements on the job.”

HONORABLE MENTION — Noticeably absent from our digest are many South American populations which have come out in force against the austerity regime over the last decade. Countries like Bolivia, Venezuela, Argentina, Brazil, and others have been successful in installing governments that have rejected the neo-liberal status quo. Also worth mentioning is Iceland, which has had some relative success pushing back against international financial racketeering that has resulted in stark austerity measures imposed elsewhere.