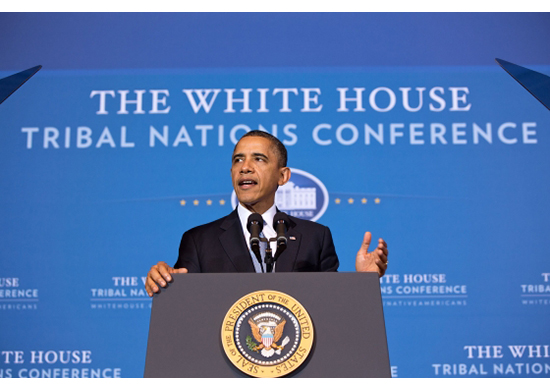 Aljazeera’s guest Ofelia Rivas, O’odham, countered the superficial summit, and the voice of Obama politics and the fantasy of wealthy politicians. This program reveals how easy it is for wealthy politicians to support Obama, even in Indian country, and attempt to use the media for influence peddling. After the program, Ofelia talked about the tribal politicians who are promoting the colonized US system.

“True sovereignty is misinterpreted by the tribal leaders who sit there with their wealth and do not represent the people at home. These tribal politicians like to divert the issues of truth.”
Ofelia, preparing for the Aljazeera interview, listened to an earlier interview and the words of Russell Means, also broadcast on Aljazeera.

“American Indians are the Palestinians of America.”

“People need to expand their worlds, and realize how America has altered so many people around the world, and not just the Indigenous Peoples of the United States,” Ofelia told Censored News. “Not all Indians are sitting around waiting for their Cobell checks.”

The interview does a good job of revealing how wealthy politicians are clueless about the real conditions for grassroots Indian people.

A special thanks to Aljazeera for inviting me to be on the program. I’m happy Aljazeera concurred with my recommendation, instead, to have Ofelia Rivas to speak as a grassroots person who lives every day with the injustice on the US/Mexico border.