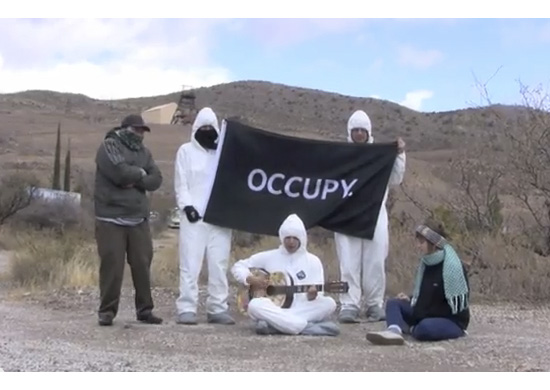 On Saturday, December 15, a group of Occupy Phoenix members drove down to Bisbee to take part in protests against the ALEC-affiliated mining company Freeport McMoran, whose pollution of the local groundwater is forcing some Bisbee residents out of their homes. On the way, they also stopped off in Tucson where they met with several members of Occupy Tucson at Shot in the Dark Cafe. This following are videos, including an original song, recording their time in Bisbee—Ed