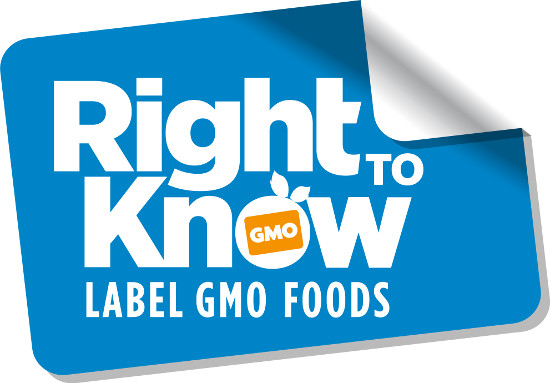 Genetically modified organisms (GMOs) are plants and animals in which the genetic material (DNA) has been altered in a way that does not occur naturally. This process allows selected individual genes to be transferred from one organism into another, also between non-related species. Genetically modified animals have largely been blocked from introduction in the United States. GMOs in plants increasingly appear in our food supply and in the environment around us.

The reason for GMO plants being developed is so that producers can gain advantages such as lower price, added nutritional value or better resistance to weather. Perhaps the most common efforts have focused on making plants more resistant to herbicides, diseases and/or insects, therefore allowing greater production due to lower crop loss, thus producing savings for farmer and consumer. Insect and herbicide resistance is typically the result of inserting a gene from bacterium considered safe for human consumption. Virus resistance involves inserting a gene from plant viruses into the plant.

When changing the genes in a plant a number of safety concerns arise. Health effects like toxins, allergies, and nutritional changes are all possible. Another concern is whether the GMO will spread in unintended ways in nature or cause a loss to biodiversity/crop rotation and other aspects of plant health. Consumers are often faced with news stories that seem to indicate danger like the New York Times headline “Genetic Engineering of Crops Can Spread Allergies, Study Shows” but then see increasing use of the foods in supermarkets which seem to have been deemed safe to sell. In 1999 the FDA gave congressional testimony that it “has not to date established any regulations specific to bioengineered food” at the same time the European Union seemed to unofficially ban the introduction of genetically modified crops due to safety concerns. Consumers faced more confusion when the US took part in a successful legal suit against the European Union’s ban claiming it created an unfair trade barrier, leading to a decision by the European Union to allow the crops with labeling about genetic modification and requirements for all such products to be traceable for safety recalls. It’s hard for consumers to know if the battle was over safety or corporate profits.

Many worry that genetically modified foods are causing permanent harm to our bodies and to future generations. A large increase in demand for organic products and items labeled certified GMO-Free show many consumers are concerned about what is being done to their food. Several products have been stopped due to testing such as a GM pea which was found to cause damage in mice and a genetic combination of soybeans and Brazil nuts was stopped due to allergy concerns. While these studies showed genetic modification can cause harm, the companies involved stopped development after studying the products affect.

Food allergies have risen heavily since the early 1990’s, around the time GMO’s were introduced, with the Center for Disease control finding an increase of food allergies in children of 18% between 1997 and 2007. Meanwhile, the rate of peanut allergies between 1997 to 2008 more then tripled. Besides allergies, Autism and a condition often called Leaky Gut have become increasingly common during this period. Genetic modification is one theory for the rise; however, many other explanations exist including vaccinations, antibiotics, the increasing use of disinfectant, and better medical reporting causing numbers to rise. The Laboratory of Toxicology and Environmental Health School of Medicine examined a large number of studies finding most conducted found the process of genetic medication produces foods that “are as safe and nutritious as the respective conventional non-GM plant”; however, when examining the studies they “noted that most of these studies have been conducted by biotechnology companies responsible of commercializing these GM plants”.

Another issue has been the effect of GMO’s on the question of who exactly is deemed to “own” nature. With genetic modification, owning patent rights to a plant or animal is possible. Organic farmers have often faced lawsuits from GMO manufacturer Monsanto when wind or other natural events spread seeds or pollen from a GMO plant on an organic farm. Monsanto has filed “over a hundred lawsuits involving hundreds of farmers for illegally using GMO patented seeds, leading to a suit by 36 family farmers, food, agricultural research, food safety, and environmental organizations representing hundreds of thousands of members including several thousand certified organic, biodynamic, or otherwise non transgenic family farmers.

While the debate on the safety of GMOs in food and for the viability of farmers seeking to make a living continues, a call has been made to provide consumer labels as are currently available for Vitamins, Fats and Allergens. Worldwide labeling of GMO’s is fairly common with China, Saudi Arabia, South Korea, much of the European Union, Japan, Australia, New Zealand, Russia, and India currently requiring GMO’s to be labeled. A few countries have gone further with Peru recently passing a 10 year ban on GMO seeds and food. In the United States, on election day last year, Proposition 37, a measure on the California ballot to label GMOs, failed, but managed to get 47% of the vote even with labeling supporters being massively outspent in ads by companies like Monsanto, Kelloggs and Hershey—all of whom benefit financially from genetic modification.

Along the lines of California’s Prop 37, Arizona Senate Bill 1180, which was recently introduced by Ed Ableser (D-17) in the Arizona legislature, would require labeling when food “is entirely or partially produced with genetic engineering and that fact is not disclosed with the clear and conspicuous words “genetically engineered” on the front of the package. It remains to be seen if Arizonans will get behind the bill but several community groups like Occupy, Millions against Monsanto, the Permaculture alliance, GMO-Free Phoenix and GMO-Free Tucson have been active pursuing GMO labeling. Jeffrey Smith, a national speaker who asserts that GMOs damage health, will be in Phoenix in February 21st as part of a 14 state tour which is geared at encouraging states to pass labeling laws.