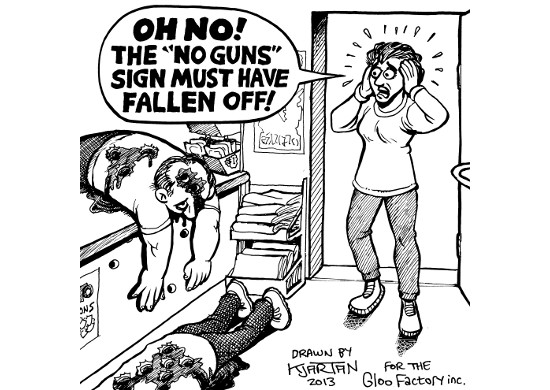 Disclaimer: The initial text contains what some readers might perceive as racially insensitive statements. Regrettably, that is what apartheid was all about – this writer still feels the hurt. He apologizes to any reader who might be offended by issues presented– such was life under apartheid.

Answer? Fear.
Allow me to justify some of these statements.

Much of what follows is based on growing up and maturing for 36 years under the apartheid regime in South Africa, where a system of near abnormality was maintained through ‘rule by the barrel of the gun’ Fear… why yes. “You mean there is an alternative? If there is one-man, one-vote in South Africa, there will be a raging civil war….” There is now a raging Peace in South Africa, with fear subsiding, but that’s another story.

But… fear of what? Fear that rule by the barrel of the gun could have gone the other way. That the rule of the Afrikaaner and their apartheid system of control, could be usurped by “…die swart gavaar…” [the black danger] sweeping down from Equatorial Africa to obliterate “…God’s own people…” Fear that the status quo of rule by a white minority, basically a minority of a minority, could rule the majority. [If you’re confused by this, thank God you did not live there.] Fear dictated everything. Is this starting to sound familiar?

A few readers might remember the Sharpeville riots outside Johannesburg in the late 1960’s. I was in South Africa. Gun sales soared. Soaring also were arrests of anyone carrying a firearm who was not absolutely caucasian, (i.e. pure white). You were almost automatically confined to imprisonment as a ‘terrorist’ for being other than caucasian and carrying a firearm – ask ex-President Nelson Mandela. Twenty-six years later, finally Freedom.

Now, think back to how our U.S. Congress worked together pre 9/11/2001 – that’s twelve years ago. Remember how things changed? Remember the anger, the fear? Bush, Cheney, neo-conservative nonsense. The danger of the Muslim (terrorist) threat? Propaganda – pure, absolute, generalized propaganda. Obviously not all Muslims are terrorists – in fact, very few are. Why was this propounded? Fear.

With 9/11, America had it’s ego socked in the crotch – hard. And no-one, least of all the neo-conservatives liked it – at all. Why? Remember the anger? Anger is based on fear. Fear is based on insecurity. Insecurity is based on lack of confidence in one’s self-worth. Suddenly America’s self-worth was under threat – and it will seem that for some sectors of society, that sense of threatened self-worth is still prevalent. Psychologically, for a society which in living memory had instilled fear elsewhere, suddenly it was being thrown back – into the very crotch of America – and insecurity and lack of self-worth have ruled ever since.

So far, I hope I have made my point. Bear with me, for my knowledge of the hurt of Sandy Hook is limited to news media, at best NPR and ‘authoritative’ print media.

It has been reported that the assailant at Sandy Hook came from a home with numerous firearms. Why? Why were there so many firearms? If my hypothesis holds – fear and insecurity. How can any child feel secure when firearms are in the house at close proximity? And even if they weren’t openly displayed, adults must have referred to them, there must have been open discussion of the fear that pervaded the household – else why have numerous weapons? Why have weapons at all? Simple. To kill. Is such an environment likely to make a child feel truly secure?

Here is, what in mountaineering is termed the Crux Pitch, the point I am trying to make. Many, many Americans/Western society try to “…find a way…” to “…find something about myself…” ; are “…searching for something that’s missing about myself….” The vast majority, especially, those of 1% status and their ilk of the upper echelons of American materialist society are convinced that: “…if I have more money, then I’ll be happy….” BUT…, dear 1% fellow, the more expensive toys you buy to make you feel happy, the more paranoid you become in surrounding yourself, and in trying to hold on to those toys. Why? Fear. For you must protect your possessions. Fear that someone else might steal them, might have a bigger, better, faster toy than you do. For certain one thing will happen – the loss of your expensive toys will anger you dear 1%-fellow. Yes, it will. For you can not perceive, nor do you want to perceive, how freeing it is, to be not possessed by possessions.

Much the same thing is currently happening on the neo-conservative right: you fear that Obama will soon take away your semi-automatics… and you shall have no more assault weapons…. How will we protect ourselves against Big Government?” Is this not fear?

Money is such a cause of insecurity in this and other Western societies. We all acknowledge this. So? So, instead of “…give me more money, then I’ll be happy…” let us (i.e. me, you, Occupy, Tucson, Arizona, USA) let us discover more about ourselves, occupy our Inner Selves, challenge ourselves to metaphorically, step off the edge of the ledge, and accept that we discover our selves by challenging our comfort level, like such as acknowledging the hurt of an empty stomach, the cold of an icy sidewalk mattress, of helping a homeless teenager wandering the sidewalks. They’re here, Tucson. Can we not say “I’m sorry. I can help you – somehow– I might not be able to help financially  but somehow, I’ll help. By the way, if nothing else, here’s a hug. A hug to heal the hurt.” Let’s try to heal, not hurt. Love, not loathe. Feed, not fear. House, not harass  With this attitude widespread, anger, fear, insecurity, must, repeat must, dissipate – but it starts with me… ooh, and you, and the next one, and all those out there hurting. It’s up to each and everyone of us, for we are the 99%.

Now to an issue that is dear to my heart – and a constant conflict – how censorship was in South Africa. Most of the time I wrote, I expressed myself with the knowledge that the censor could take issue with it – seriously. My writing could be banned at a stroke of a pen. So… I’m all in favour of a free press, but… here is the paradox, should we limit violent content of video games? I’m all in favour… protect the child… wait a minute, what about the right of the individual to be free, to be exposed to whatever they want? But as you control content (censor) – you lose the First Amendment rights – and your credibility with me (while the latter might be irrelevant, the former is not). For the United States Constitution, the Bill of Rights, and the First Amendment are what drew me to the U.S. in the first place. What about discipline? Can video game exposure not be limited by parental control? Control by whom? Parents? Here I know I generalize, but if parents, in general, are not disciplined themselves, how can they set the example?

“Aah…”, you say, but will the parents of a Sandy Hook child (or children) not give up anything to have their child(ren) safe, sound and alive – including giving up that First Amendment? Let’s say, just for argument sake, that I might, just maybe, be agreeable to giving up a modicum of First Amendment rights in favour of child safety – will you, dear six-pack toting, gun-slinging red-neck, be willing to give up some of your Second Amendment rights – all in the name of family values, of course? You are pro-life, remember are you not? pro meaning in favour of…life. After all, are you, as a gun toting NRA type adherent, not obsessed concerned with anti-abortion issues? Family values, anti-abortion, the sanctity of the fetus, etc. etc. etc. but you defend the slaughter at Sandy Hook. Strange bedfellows, the maternity ward and the NRA.

So… dear 99%-ter, what is the solution to all this fear I keep criticizing? Amazingly, the main object of this discussion not withstanding – it is – believe it or believe it not – death. Let me explain. Wayne Dwyer in his book, The Power of Intention, puts forth the following (I paraphrase): We do not die (this I know), our spirit is immortal. All we have to do is accept the fact that we will transform our physical form into spiritual energy – and whoops… it’s on to the next life.

By accepting the fact that our spirit is immortal, we accept immortality, hence, the fear of death which is so prevalent in Western society, especially in the United States, is radically subdued if not totally negated, and instead we have less anger, less fear, less insecurity – and why? Hey, I’m off to the next life! I have nothing to fear. Due to this lessened sense of antagonism toward others, there is less senseless killing, less personal insecurity, and hence fewer parents grieving the loss of a child or children.

Well, I’ve restrained my First Amendment rights… now how about some sector of society restraining their Second Amendment obsessions?

“Words to ponder: “Ask, and it Shall be Manifested Unto You.”

Jack Bybee was media relations for Occupy Tucson – which he enjoyed, while still plying his trade as a technical writer / technical editor and Southwest Impressionist. He may be contacted at: jack (at) jackbybeeartstudio.com. His art can be found at: www.redbubble.com/people/PurpleJacques/portfolio/