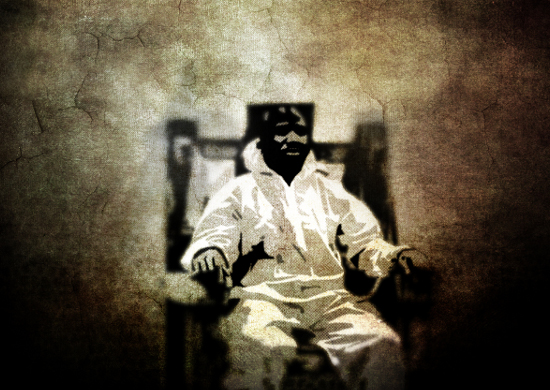 Every time an inmate is executed in Arizona, anti-Death Penalty activists hold a vigil at the state capitol the night prior to support a reprieve. They want to see Arizona follow New Mexico, New York, New Jersey, and Illinois who have recently repealed the death penalty. Across the nation concerns about DNA evidence showing that some of those on death row were wrongfully convicted. The cost of the long appeal process, questions about the effectiveness as a deterrent to crime and moral concerns have led to a decrease in executions.

In Arizona 125 inmates await the death penalty after being convicted of taking human life. However, most murders don’t result in being sent to death row as Arizona sees 400-500 murders per year. The long process between conviction and execution has many inmates waiting decades so savings versus life imprisonment are questionable. Therefore, one might assume, the 6 Arizona inmates that were executed this year were guilty of worse crimes than others serving life or lesser sentences. 4 of the 6 executed this year are convicted murdering 1 person, so there doesn’t seem to be a measure of number of lives taken to punishment. While several have committed other crimes like theft or rape, this is true of many of those convicted of murder who serve lesser sentences and are often later released into society. Most glaring is the fact that, of the 6 executed, 4 had accomplices in murder 3 of which are now free men.

Many feel the main difference is those who took a plea deal and/or confessed to the police received lesser sentences and those who didn’t receive death. Thomas Kemp had been on death row since a 1992 crime his partner Jeffrey Logan confessed to the police (getting a lesser charge). In the case of Daniel Wayne Cook, who has been on death row since a 1984 murder of 2 co-workers; his fellow co-worker and partner John Matzke took a plea deal and is now free. Robert Towery and his partner took part in an armed robbery at a home; both men knew the witness would have to be disposed of but Towery ultimately was the one to do the killing so his partner Randy Allen Barker is now free. Richard Stokely and partner Randy Brazeal raped and killed victims; Randy cooperated with police and has been released while Stokely was executed for the crime. Many feel it is unfair and dangerous to society that men who are equally dangerous killers to those executed have been released.

If the death penalty is supposed to be an effective deterrent to crime, can that deterrent stand when criminals are increasingly seeing plea deals for crimes including murder? Those who went to trial and have been executed often had no choice but to fight in court as their partner made a plea/confession first. One man executed this year Robert Moormann was diagnosed mentally retarded years before he is accused of murdering a family member, it is questionable how much he understood his trial. Those who fought in court may also have little chance of winning a trial innocent or guilty, as those facing death often had court appointed lawyers. One example this year is Daniel Wayne Cook who represented himself on the grounds that his appointed lawyer was drinking heavily. Cook appealed asking for new representation but was denied and executed this year.

On Jan 8th 2013, the US Supreme Court ruled on the cases of two death row inmate’s, including Arizona inmate Ernest Valencia Gonzales, who have been found mentally incompetent of assisting in their defense. Gonzales was accused of stabbing an Arizona couple in front of their child—the father died. Many felt that in cases like that of Gonzales defendants cannot understand the proceedings against them or assist their lawyers in finding evidence or witnesses. The case ruled that automatic stays should not be given in such cases with Justice Clarence Thomas writing “attorneys are quite capable of reviewing the state-court record, identifying legal errors and marshaling relevant arguments, even without their clients’ assistance.” The decision leaves open whether such suspensions may sometimes be warranted, but it said that they should not be indefinite, with Justice Thomas noting “Where there is no reasonable hope of competence, a stay is inappropriate and merely frustrates the state’s attempts to defend its presumptively valid judgment.”