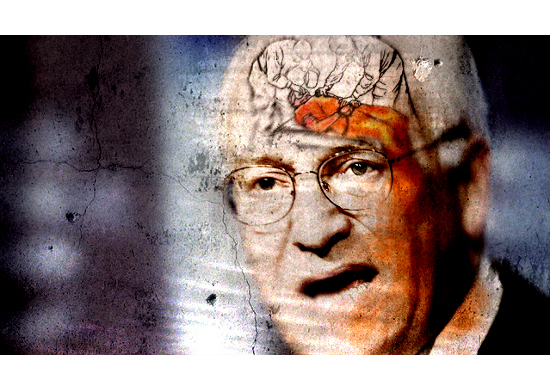 One part nerdy, one part torture porn, Zero Dark Thirty is a cold, amoral view of torture interposed with the more mundane and methodical practices of intelligence gathering, analyzing, and debating. Kathryn Bigelow (director) and Mark Boal (producer) are talented film-makers and manage to sustain a vision and an emotional tension from beginning to end. Beware: this movie is morally ambiguous on torture. The nature of the United States’ international crime and the betrayal of the US Constitution that occurred when signed and ratified international treaties were broken is not considered at all. The emotional, psychological, and moral degradation is only partially considered. This ambiguity misleads torture critics into falsely assuming this movie is making a despicable case for torture. On the other hand, torture supporters might particularly enjoy that moral ambiguity—so long as they don’t pay too close attention to those nerdy details. The extent to which both sides project their own assumptions onto this movie tells us a lot about the state of absurdity and folly in the modern political discourse of the United States.

Zero Dark Thirty doesn’t make a case for the effectiveness of torture. Although its heroine is “Maya” (played by Jessica Chastain), a CIA agent who has used torture in her singular, obsessive mission to capture or assassinate Osama bin Laden—she is not the one who uncovers the smoking gun. Instead the smoking gun (the real name of Osama bin Laden’s courier, “Ibrahim Sayyeed”, as opposed to his al Qaeda code name “Abu Ahmed”) is found by a character with one scene in the movie: the one where he hands Maya the information about Ibrahim Sayyeed. The time line of the film implies (but we are not provided with the supporting context) that this information could have been uncovered sooner if Dick Cheney and other war criminals hadn’t focused energies and resources on torturing crumbs of information out of their prisoners. If the CIA-verified time line is correct, Osama bin Laden would have been found much more quickly by an emphasis on the boring (and fundamental) work of entering and organizing the flood of information sent to the United States by governments all around the world in the aftermath of 9-11 into databases for use at Langley and other relevant intelligence organizations.

The movie begins eerily with a black screen and clips from phone calls on 9-11. The first words after this are from a torturer to a prisoner, “I own you.” The movie ends with Maya crying aboard an empty C-17 military transport after the pilot asks her, “Where do you want to go?”