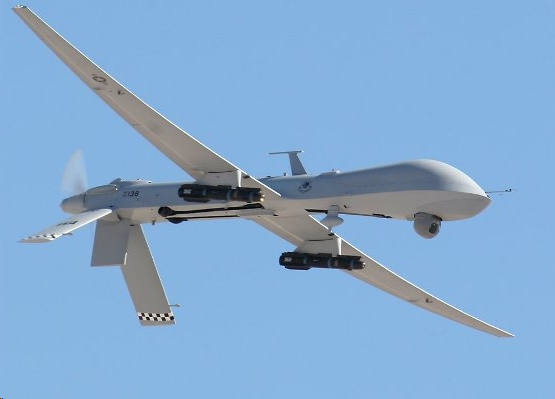 The Military and law enforcement are increasingly using drones to gather information and perform missions. On American Soil most drones seem to be used only for surveillance, while in other countries US drones have been used to perform targeted killings. Among the public many are concerned about this technology, often hard to detect but increasing over American Cities. 2013 has brought with it many questions about the safe use of drones in the United States.

In Washington D.C. a growing concern over government’s lack of check and balances for drone use is taking shape. Drone use is easily hidden from the public and media and no independent review process has been set up. By 2015 the FAA is expected to have rules in place to make sure drones are safely flown. One concern is that while pilots are required to go thru testing get a pilot’s license to fly, those controlling drones face no such rules and in some occasions drones have lost control or collided with manned aircraft.

One idea is a federal drone court, which was brought up recently during the hearings for the next director of the CIA. Dianne Feinstein, chairman of the committee making the appointment, pointed to similar oversight for eavesdropping on American soil. Such a court would possibly be limited to the use of armed drones. Concern has grown over the frequent number of civilians killed in US drone strikes. The ACLU filed suit for the release of documents that would have revealed why the US targeted and killed three American citizens, however the suit was dismissed on Jan 2 2013, seemingly in the name of protecting government secrecy.

The ACLU issued its support for a bipartisan bill introduced in Congress on Domestic Drone use. Robert Poe one of the bill’s sponsors explained the need for legislation as “The decision should not be left up to unelected bureaucrats to decide the use of drones, so Congress has the obligation to set guidelines.” The proposed bill would limit the use of drones to criminal wrongdoing and require judicial approval for surveillance (most often a search warrant). If passed the legislation would prohibit the use of armed drones in the US and would require registering all drones.

Several states have introduced bills to limit drones from being used to observe citizens without a warrant or other oversight. In Arizona HB2574 was introduced by 9 sponsors to set up rules for law enforcements use of drones. The bill also deals with growing civilian use stating, “It is unlawful for a person to use drones to monitor other persons inside their homes or places of worship or within the closed confines of their property or other locations where a person would have an expectation of privacy.” While the original bill was held in committee a similar measure was soon introduced by a strike all amendment to HB2269. HB2269 would require a search warrant for most law enforcement uses but seems to have dropped civilian drone provisions—a concern for some afraid of potential drone stalkers or privacy issues. On Mar 7th 2013 HB2269 limiting Drone surveillance passed the Arizona house 54 to 5 with 1 not voting.

Some question whether Americans are comfortable with local law enforcement using drones at all. When Codepink Co-Founder Medea Benjamin visited Tucson as part of her 2012 book tour for “Drone Warfare: Killing by Remote Control,” she spoke about the effects of drones on people in the countries which have been regularly exposed to them—such as Pakistan. Medea echoed a call which many groups like Code Pink, Occupy and Veterans for Peace have asked for; that cities become Drone free zones. Charlottesville adopted a drone free policy and Berkeley seems to be considering a similar plan.

Critics see weaponized drones as becoming a reality for local police with remote controlled drones firing rubber bullets, tear gas and tasers; creating probable questions about excessive force if no warrant is required. On Mar 6 2013 the ACLU filed 255 public record requests seeking info on police use of drones and other military hardware.

Drones, like many other military contracts bring money to the state of Arizona but also lead to anger at how public tax dollars are spent. Companies such as Raytheon Missile Systems in Tucson, Arizona have been the regular target of protests for its drone and cluster bomb manufacturing. Raytheon and many other contractors are expected at a conference in Scottsdale, Arizona on Thursday March 14th to promote business but are also expected to draw protests. With the federal budget going through sequestration cuts to health and education, protestors are targeting the issue of spending priorities. Arizona seems to be cutting funding to programs like Kidscare, which provided healthcare for poor children, but instead seems to be seeking to increase use of spy drones (currently without search warrants or other judicial review), some police departments appear to requesting $100,000 for each drone.

1 thought on “Drones over our Skies”