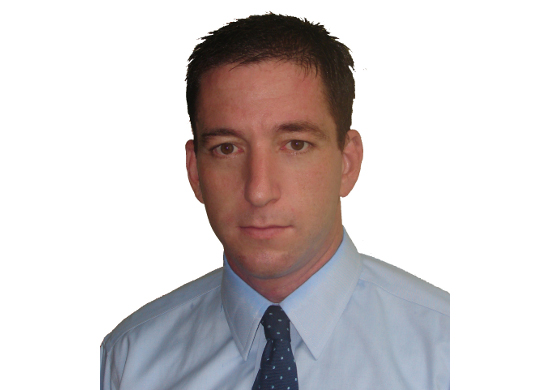 As we broadcast from the Freedom to Connect conference, we look at one whistleblower who used the Internet to reveal the horrors of war: U.S. Army Private Bradley Manning. Military prosecutors have decided to bring the maximum charges against Manning after he admitted during a pre-trial hearing last week to the largest leak of state secrets in U.S. history. In a bid to secure a reduced sentence, Manning acknowledged on the stand that he gave classified documents to WikiLeaks in order to show the American public the “true costs of war” and “spark a debate about foreign policy.” Manning pleaded guilty to reduced charges on 10 counts, which carry a maximum sentence of 20 years in prison. But instead of accepting that plea, military prosecutors announced Friday they will seek to imprison Manning for life without parole on charges that include aiding the enemy. Manning’s court-martial is scheduled to begin in June. We speak with Guardian columnist Glenn Greenwald, who has long covered the case, about what this means for Manning, and its broader implications for whistleblowers and the journalists they often approach.

2:35ish : The theory that the government is proceeding on is really one that’s quite radical and menacing. That is, although [Bradley Manning] never communicated with “the enemy” (which the government has said is al Qaeda), although there’s no evidence that he intended in any way to benefit al Qaeda (he could have sold this information [and] made a great deal of money had wanted to)–all the evidence indicates that he did it for exactly the reason that he said with the intent that he said; which was to spark reform and to bring attention to these abuses–the government is proceeding on the theory that simply because the information that [was] leaked ended up in the hands of al Qaeda, and al Qaeda had an interest in it, that constitutes aiding and abetting the enemy. And what that essentially does is it converts every form of whistleblowing or leaks into a form of treason.

10:00ish: [In 2013] the supreme court said because [the] eavesdropping program is shrouded in secrecy; nobody can prove that they are being subjected to eavesdropping, and therefore nobody has standing to sue. We won’t even allow the law to be tested in court about whether it violates the constitution. This has happened over and over: the government has insulated its conduct from what are supposed to be the legitimate means of accountability and transparency (judicial proceedings, media coverage, FOIA requests), and has erected this impenetrable wall of secrecy using what are supposed to be the institutions designed to prevent that. That is what makes whistleblowing all the more imperative. It really is the only remaining avenue that we have to learn about what the government is doing. […] Those who want to stigmatize whistleblowing as illegal would have a much better case if there were legitimate institutions that were functioning that allowed the kind of transparency that we’re supposed to have. But those have all been shut down which is what makes whistleblowing all the more imperative, and the war on whistleblowing all the more odious.