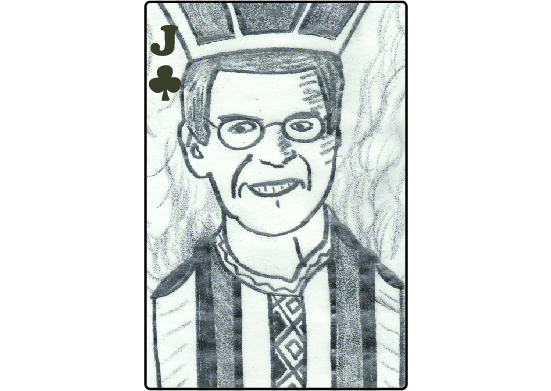 Who knows? Clue: he owns one of America’s largest automotive groups, with over 1,000 employees and $315 million in annual revenues.

Business model: it’s all about the PR.

As easy as it is to hate a car salesman, Jim Click makes it pretty tough to hate the dealer. His well-oiled public relations strategy—throwing money at nonprofit groups—has effectively positioned him as Tucson’s untouchable Prince of Philanthropy. Click has it figured out: for relative peanuts, desperate fundraising directors, eager to fund their services for the homeless or disabled or undereducated, will engrave his name in giant letters on their buildings and otherwise trumpet his goodness to the world. By advertising himself through local charities, Click gets huge return on his investment: not only does everyone see his name, but they see him as a helluva great guy, someone from whom you’d definitely buy your next car. In one especially egregious example of public relations fellatio, the magazine BizTucson opened a 2009 profile on Click with the hyperbolic claim that he is  “without a doubt the most positively influential person in Tucson.” One isn’t surprised to discover an oversized banner advertisement for Jim Click Automotive on the BizTucson home page.

Jonesing for a Hummer?

While every car owner is certainly guilty of contributing to an American automobile culture which prioritizes the individual over the community, roads over desert, smog over clean air and parking lots over parks, many of us at least have the decency to feel bad about it. Lots of people also take measures to reduce their consumption. Not Jim Click. Like a drug kingpin, he exploits and encourages our unhealthiest tendencies in order to build his personal fortune. There are plenty of SUVs waiting on his car lots, ready for easy financing.

Nephew of the Kingmaker

Jim Click is the nephew of Holmes Tuttle, the California car dealer and political operative instrumental in the career of Ronald Reagan. He refers to Tuttle as his second father, the man who taught him how to sell cars. So Click knows that whispering sweet nothings into our ears about horsepower and cupholders isn’t quite enough to keep the American car culture robust and profitable. He contributes hundreds of thousands of dollars to political candidates—and their PACs—who oppose environmental regulations, modern mass transit and corporate oversight. In the 2010 political cycle he is rumored to have given half a million dollars to campaigns in Tucson and Phoenix alone.  And let’s not forget that Click, along with the OTC’s King of Sprawl Don Diamond, is a gold-star member of the Southern Arizona Leadership Council, Tucson’s most infamous lobbyists for the one percent.

Our desert Clickster describes his self-interested political contributions as charitable gifts in support of America’s free enterprise system. How do we teach Mr. Click the difference between philanthropy and patronage? Get the money out of politics. And get on a bike.