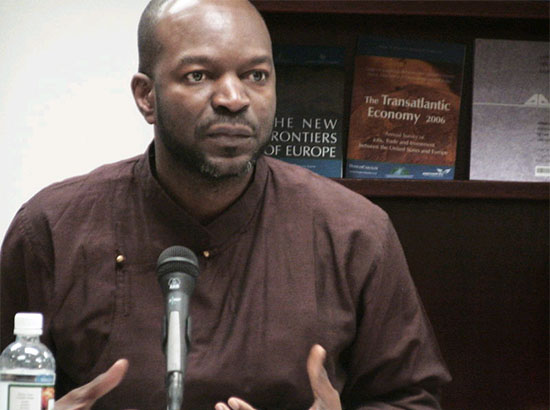 Rwanda hands over one warlord to ICC and props up others as it continues plunder of Congo’s resources.

JAY: Bosco says […] he gave himself up, but he also says he’s not guilty. He says, I’m just a soldier. So isn’t Rwanda a little worried that when Bosco gets in front of the ICC he’s going to point the finger at Rwanda?

CARNEY: […] there is no dearth of evidence in terms of Rwanda’s complicity in war crimes, crimes against humanity, the destabilizing, the pillaging of the Congo. […] What is the issue is that in spite of Rwanda’s crimes in the Congo, it continues to get cover from the United States, from the United Nations, from the United Kingdom. And this is where the problem lies. There’s a lack of political will on the part of the world powers that are protecting Rwanda to act against Rwanda. When I say act, I mean sanctioning Rwanda at the UN. Rwanda’s violated UN embargoes. Putting high-level officials, Rwandan officials, on the sanctions list–they’ve been identified and named for their role in destabilizing the Congo.

1 thought on “Why did Rwandan War Lord Accused of Crimes in Congo, Give Himself Up to the ICC?”