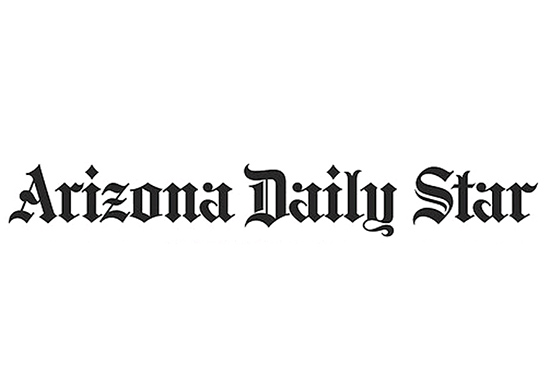 Some recent stories of importance that the Arizona Daily Star hasn’t been covering:

Idle No More at Tucson Mall: “Over 200 people gathered around the throbbing drums and horns echoing through Tucson Mall on Friday, January 11, 2013 at 7:30 p.m. in unity with the Idle No More Movement’s call for a Global Day of Action. In what has become a signature of a movement only weeks old, the flash mob round dance at a mall was the result of a grassroots organizing effort using word of mouth and social media.” [Occupied Tucson Citizen, January 23, 2013. There was no mention of the event in the Star.]

Strike Debt’s Rolling Jubilee: “After months out of the limelight Occupy Wall Street is launching its latest venture on Thursday: a bid to buy up tens of thousands of dollars of personal debt. Rolling Jubilee, an offshoot of the street protests that saw thousands demonstrate across the world in 2011, will ‘forgive’ people of their debt once it is purchased. The project, created by Occupy’s Strike Debt group, says it will help people by paying off outstanding debt…” [The Guardian, November 15, 2012. Though Occupy Wall Street received considerable media attention across the country when it raised over a half million dollars and thereby retired over eleven million dollars of consumer debt (consumer debt is usually bought for pennies on the dollar), no mention was made of it in the Arizona Daily Star.]

“That HSBC bank officials knowingly helped Mexican drug lords launder their money is bad enough. That the Obama administration decided not to file criminal charges against the responsible bank executives and instead only fined the bank is just as egregious. But what might be worst of all, since we have already come to expect little from our banks or our politicians, is that the media, which is to say, the corporate media, gave little coverage to the story of this sell-out of a settlement. And our own Arizona Daily Star was no exception, placing a short article on the story, ‘HSBC penalized $1.9B for its transgressions’ on page A14 of its December 12 edition…” [Occupied Tucson Citizen, December 30, 2012]

Thousands Protest Keystone Pipeline in Washington March: “Thousands of protesters marched to the White House yesterday in opposition to the Keystone XL pipeline, which environmental groups say would worsen the risks of climate change by encouraging development of Alberta’s oil sands. The rally attracted 35,000 people, according to organizers, who called it the largest climate-change protest in U.S. history. They said it marked the rise of a national movement demanding action on global warming as President Barack Obama weighs whether to approve the $5.3 billion pipeline…” [Businessweek, February 18, 2013. On the day following the demonstration the Star devoted their weekly editorial feature, in which they have a “for” and an “against” editorial on a specific issue, to energy exploration and exploitation, but made no mention of the demonstration.]

“To bring attention to the actions of [Phoenix-headquartered international copper and gold mining conglomerate] Freeport-McMoRan in Bisbee, as well as labor and environmental abuses throughout the world, a weekend of action was organized by Occupy Phoenix, Phoenix Industrial Workers of the World and East Timor Action Network. The weekend kicked off at Freeport-McMoRan headquarters in Phoenix on Friday, December 14th [and included a trip] to Bisbee to visit and hear stories from South Bisbee homeowners who are fighting to stay in their homes. Some of the people have lived there for 60 years. In June, 2012 Freeport-McMoran notified South Bisbee residents that they had five months to leave, and offered them $50 per square foot for their houses…” [Report by Lisa Wale of the Arizona Community Press, January 2, 2013. The Star has never mentioned the Bisbee controversy or protests, but does feature Freeport-McMoRan in such articles as “Phoenix-based Freeport buys pair of energy companies for $9B,” “Freeport-McMoRan to host job fair in Pinal County” and “Freeport-McMoRan 4Q profit rises 16 percent.”]