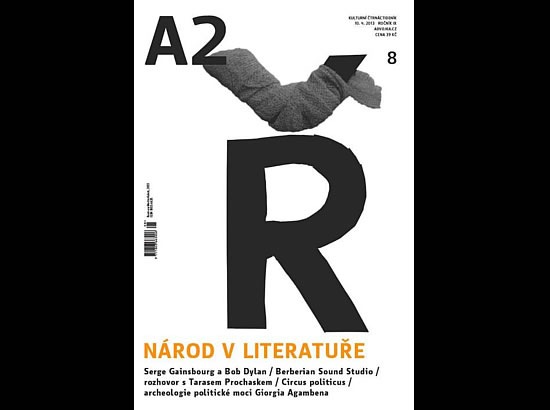 A Tale of Two Occupys
With and without popular backing

The author of the following article compares the differing experiences of last year’s protest encampments of the Occupy Wall Street movement in the United States and in the Czech Republic. He comes to the conclusion that what was lacking for the Occupy encampment in Prague’s Klarov park was a spontaneous energy and sense of general discontent.

The noted sociologist Immanuel Wallerstein recently wrote of the “geography of protest” that has been sweeping the world since the onset of the Great Recession in 2008. In his reckoning, these protests have the quality that they are “rapidly and constantly shifting” so that one protest “pops up here and then is either repressed, co-opted, or exhausted,” after which another protest rises up somewhere else and then, after it has run its course, another pops up elsewhere, and so on. One must only think of the sequence of events that started in Tunisia and then spread across the whole of the Middle East and then shifted to Wisconsin, Spain and Greece before jumping to Wall Street and Quebec, and recently popped up in Rome and again in Athens and Madrid, to understand what he is getting at.

But, as Wallerstein’s analysis also implies, this is not a unified, cohesive global uprising. Though one uprising might be inspired by another, any given one only gets traction when the right combination of local conditions (economic, political, and psychological) come together to inspire thousands, hundreds of thousands or even millions of people to take to the streets.

A small foco of rebellion

Hence, to the “rapidly and constantly shifting geography” of these revolts we can add the uncertainty and unpredictability of their catalyst. Sometimes they are entirely spontaneous: who, for example, could have predicted that a single Tunisian (Mohamed Bouazizi), burning himself alive in a fit of despair, could have triggered the Arab Spring? Other times the catalyst might not be so spontaneous, even if the reaction to it (the uprising itself) is. This is what has characterized the Occupy Wall Street movement in the United States, whose primary tactic could be described as a non-violent and non-hierarchal version of the guerrilla foquismo strategy. As formulated by the French writer Régis Debray in the wake of the Cuban revolution (when a band of some 82 guerillas arrived by ship from Mexico and triggered a popular uprising which led to the Cuban Revolution), its central principle is that a small group can, by making an open show of resistance, provide a focus (in Spanish, foco) for a general insurrection.

Remove the Leninist vanguardism and paramilitary aspects of Debray’s approach and you essentially have the strategy that inspired the instigators of Occupy Wall Street. In their case, a small group of anarchists triggered a national wave of protests by occupying Zucotti Park in the Wall Street district of New York City.

In a best-case scenario playing-out of this template, the small band of anarchists–initially mocked because of their small numbers–saw their little encampment swell to thousands within a few days, with thousands more providing logistical, material and financial support; further, the large encampment spawned constant, large-scale political demonstrations against the “one percent” right in the heart of the world’s leading financial sector; it even took on utopian aspects, with the participants practicing “horizontal” democracy in the form of its ruling body, the consensus-based General Assembly.

And its rise was so dramatic that even the corporate, mainstream media gave it prime-time coverage, contributing to the phenomenon of similar Occupy encampments springing up all across the country. Even in far away Arizona, where I was, plans for an Occupy Tucson were already in the works by October 1 and, on October 15, an encampment was established at a downtown park of the city.

This encampment too was a testament to the power of a spontaneous uprising. A few short weeks before it would have been difficult to get five people to stand at a street corner and hold up signs protesting income inequality or the corrupt practices of our banks; suddenly, with its establishment, there were hundreds of people not only willing to demonstrate against the “one percent,” but willing to live in the rough in a city park to make their point and risk arrest and/or tickets to do so.

And the arrests came fast and furious, more than three hundred arrests with potential fines and jail time being handed out in the first two weeks, followed by a police raid that forced a late night evacuation to another park. And yet the Occupiers, the majority of whom were first-time political activists, persevered against continuing police harassment, while their hundreds of supporters helped them to overcome the huge logistical problems of supplying, feeding and keeping the encampment clean; in the meantime, they too set up an alternative “horizontal” government run by consensus and continued to engage in frequent demonstrations and political actions.

In spite of these problems, Occupy Tucson managed to keep up an encampment in one park or the other until March 1. But it all took a toll: as the months dragged on, the numbers of activists and supporters, and the energy and money they were willing or able to expend on the venture, declined. By the time the police forcibly removed Occupy Tucson from its last encampment the scenario described by Wallerstein, in which the revolt continues until it is “repressed, co-opted, or exhausted” (especially the first and third of these) had largely played itself out, as it had for Occupy encampments all across the country.

In short, we couldn’t cut it

But if the “activist” foquismo strategy of the band of anarchists who spearheaded Occupy Wall Street resembled the success of its guerilla foquismo cousin in Cuba in the late 1950s (leaving in its wake, however, not a revolution but a radically changed political dialogue in the USA), then Occupy Prague represented more the activist foquismo equivalent of what had happened to the guerilla version in Bolivia in 1967. This was when the populace conspicuously didn’t rally around a small band of guerillas led by Che Gueverra—who was trying to duplicate the earlier success with the strategy in Cuba–leading to the guerillas quick defeat by government forces.

Certainly, from what I could observe, the failure of Occupy Prague wasn’t the fault of the activists who organized it. When I came upon the camp on Klarov for the first time in early May, about a week after it had been established, the camp seemed well set up and organized. Indeed, in regards to public outreach, much more so than the Occupy Tucson encampment had been. The site at Klarov was well chosen, as a lot of people passed by the camp and, to help raise their political consciousness, information boards had been set up, illustrating the nature of contemporary economic and social injustices, giving a history of the squat movement, and presenting some political art. Numerous leaflets were available at the petitioning tent, including glossy, color ones. Daily GAs were held, with a sound system so the voices of participants could be heard above the tram and car traffic passing by, and there were also teach-ins featuring prominent Czech intellectuals.

By way of comparison, OT had managed to produce a grand total of one leaflet in its first week and something as coherent as an information board was quite beyond its capabilities in its early days; indeed, it would be nearly month before its first teach-in was held and, even then, not with the likes of Lenka Prochazká or Milan Potůček. But, similar to the more than 500 other Occupy Wall Street encampments across the USA, OT did not need to be well organized, as it existed in a climate of popular insurrection. People were there from various layers of society, people who had, for example, just lost their homes or jobs, but also the “original” inhabitants of the park, the homeless. The Green Party candidate for mayor was living in a tent there (not only in a show of solidarity, but also because she had just lost her home to foreclosure), but also some number of former soldiers, and also ex-convicts from our huge “prison-industrial” complex. Young anarchists were there along with aging hippies and even a few former members of the right-wing Tea Party movement. It was a crazy situation, but also an energetic one, and this gave it a carnival-like atmosphere, carnival in that it seemed for a time as though the world had been turned upside down and the “99 percent” really did rule. In this world of radical, participatory democracy, one general assembly a day wasn’t deemed to be enough, so two were held: one at noon and another in the evening. Before and after the GAs, spontaneously organized demonstrations flowed out of the encampment, with protesters carrying home-made signs that quickly became celebrated as the nation’s newest form of folk art. These demonstrations, targeting banks, pro-corporate politicians, corporate headquarters and public auctions of foreclosed homes, were energetic and noisy affairs that clearly perturbed their intended targets, used as they were to a placid, politically-meek citizenry.

Little of this spontaneous energy was to be seen at Occupy Prague. It was apparent that, though the core of activists there had been inspired to action by Occupy Wall Street, the Czech public did not share their enthusiasm. There was, it was true, some curiosity and sympathy from passersby. But it was nothing compared to the frequent shows of support and solidarity that Occupy Tucson experienced, in which large numbers of people that the occupiers didn’t know from Adam would show up at the camp to contribute money, drop off food, or discuss politics.

One could argue, of course, that Czechs felt like they had other outlets to express their anger at the political and economic establishment besides camping in a city park. Only a week before the Occupy Prague encampment got started, after all, the largest political demonstration/march in the history of the CR had occurred. In the USA, by contrast, no established organization seemed capable or willing to carry off such a protest. One could, however, just as easily argue that the anger and disgust with the political and economic situation in the Czech Republic that fueled the massive turnout for the April 21 demonstration should have fed into Occupy Prague. But no political scientist has ever succeeded in quantifying why it is that masses of people sometimes rebel and at other times don’t, and so the organizers of Occupy Prague can hardly be faulted for miscalculating the reaction to their encampment. By the end of September, obviously discouraged, they finally gave up, writing on their website that, “We learned that we, as a nation, are not equipped for this type of activism and that, to put it simply, we don’t have the stomach for it.”

But, if Wallerstein is correct, the activists of Occupy Prague need only have been more patient because, though each of these individual revolts will eventually run its course, another will pop up elsewhere, “as though worldwide it was irrepressible.” And irrepressible they truly are, since “the world income squeeze is real, and not about to disappear.”