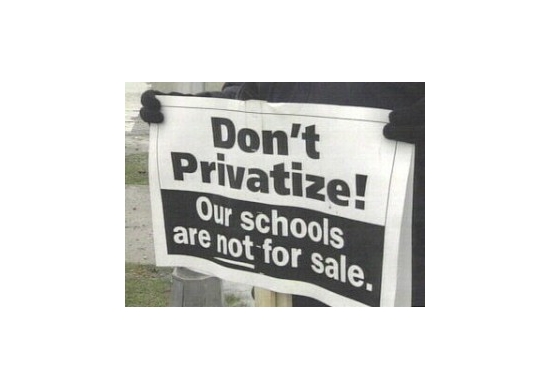 Most of us are now aware that certain forces within the government and private sectors are expending tremendous amounts of money and energy to change how our public education system works and what parents and teachers can expect from it. The changes are being pitched by the government as being necessary to compensate for high dropout rates and lower scores now being attained on international tests where the United States is said to have fallen from near top to mediocre ranges. There is agreement that the ‘lower scores’ have been caused by disappointing scores of students from families living in depressed areas of our cities. However, there is little agreement about what should be done about this problem.

Government and private education corporations and foundations have continued to insist that our schools are in a crisis because of inadequate teachers. However there exists numerous studies that show that it is the advancement of widespread poverty in our cities that has caused drops in our international test scores and that, when one corrects for this, we score right at the top of the field in Mathematics, Reading and ESL (English as a Second Language). National and state legislatures have been insisting that standardization of curriculum across all states, an efficient system for identifying ‘poor-performing’ teachers and getting rid of these ‘poor’ teachers and low-performing schools will solve the problem. They also propose standardized testing for children as the way to identify teachers who need to be demoted or replaced. You might note that this approach has nothing to do with the problems children from poorer disadvantaged neighborhoods face in becoming good students…