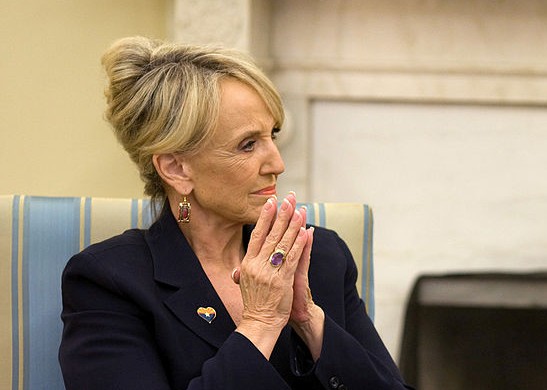 I am writing in earnest because of the state of the Mental Health system in this, the Great state of Arizona.

I am SMI, as well as disabled physically. I have Bi Polar disorder, depression, anger issues and in addition I have a defibrillator in my chest, back problems and bursitis in my knees and shoulders.

A)   Why are their multiple organizations.  It creates the need for more administration than is needed which costs more money than is needed. Including CPSA you are funding more staff than you need. So in essence you are spending money on staff, who by their own admissions do not always know what their job is, while real SMI patients like me are needing services and housing and such. Are we not a Christian Country Governor? What would Jesus do? What is the first thing you do in a catastrophe? You house the people affected. Well Mam I am affected in ways you can only imagine but I am not stupid and I will not be left out here to freakin’ die after 40 years in the workforce…it will not happen.

B)  Why do some get housed and others have to sleep in the desert? I am not an animal and animals have homes…bird nests and burrows and such. Here is the list of medications I am supposed to take: Furosemide, Lisinopril, Sotolol,  Potassium Chloride, Pradaxa,(which I cannot get because it isn’t covered by ACCESS), IamoTRIgine, Allopurinol, Simvastatin, Dextroamphetamine Sulfate. Quite a list don’t you think? Most of the time I Have five or six of them but it varies according to when the Police run me(and other homeless people) out of the wash or the viaduct, A BUS STOP, or the lump of dessert we might find in the middle of this God Forsaken City. They are like Nazi Storm troopers. It is then that things get lost and misplaced because you don’t want to go to jail for trespassing, loitering or whatever other trumped up charge the PoPo decide to lay on you. Then they bring you court and fine you some amount you cant pay and then warrants follow you around and you eventually lose everything you ever had any love for and that is when people become dangerous. But it is all because your continue to vote yourselves raises in a broke state (Arizona) and those who really need help get a badge and a gun in their faces.

C)  Do you folks think we will just disappear? You know sooner or later we will be urinating and defecating on your front lawns because you will have taken every scrap of shade and shelter away and there won’t be anywhere else to go.

D)  I can not stay in a shelter because I have terrible sleep apnea and have been beat up before for keeping guys awake in the shelter. Yes, got the shit knocked out of me for snoring Governor.

So if there are no funds to help the people who need help, why are you still employing at great expense all these people To Cope, La Frontera, and Codac???,,, when the sick, who are the reason for their jobs in the first place are denied services and shelter? I am a survivor of Katrina. I have never been able to get my life back from that. I lost a child, and everything I owned. Now I am forced to live outside like an animal, to support the salary of someone who is supposed to be helping me. What would you do if you could not get the meds you need and your other BASIC NEEDS were being ignored??? What would you do??? There are no jobs and I cannot work in this condition anyway. Tell me WHAT WOULD YOU DO?????

Do you know that some of these people who presently get housing have been on it for as much as a decade? How is it that they are not responsible for progressing to self sustainability????? I know some of them who live in nice places paid for by the state and they smoke crack every day, drink every day, get food stamps and party all the time. While they abuse the state in this fashion no one takes the time to drop in unexpectedly to see what is going on with them!!!!! Lazy, unprofessional, and extremely poor budgeting and administration of funds.

What I am saying is …to be very clear: The Mental Health system exists to help the mentally ill, not to employ people. Or perhaps I am wrong on that point???? They are there for us, not the reverse, and if the money is short than they should reduce their staffs and direct more money into resources and services. Anything else is a ridiculous waste of time and money and will surely produce angry volatile folks like me who are down right tired of being shit on.

I have contacted your office before and been ignored about this. I am bright enough to understand that you probably never saw my previous letter so I am going to forward this to every congressman, ever representative and the Mayors of both Tucson and Phoenix. I am hereby asking that whoever reads this forwards it immediately to you, because you may have a solution, being that your own son, as I understand it, is in State Hospital. Some favoritism??? Nepotism in government distribution of funds??? I am hoping not Governor Brewer. I need help, and I believe you are a good person at heart or God wouldn’t put you in charge.