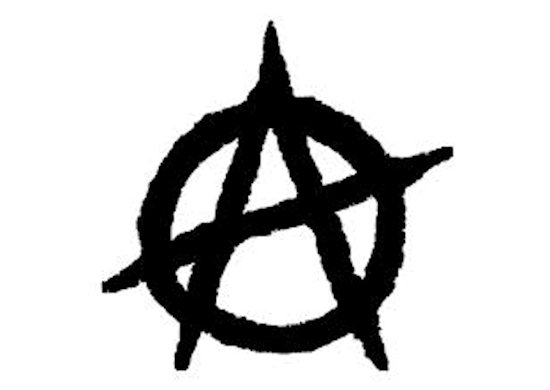 What victories do anarchists have to claim in making the world better?  Often when encountering political groups like the democratic party an argument about how best to change the system occurs.  Those who make changes within the system can point to a long list of legislative victories. It’s harder to define when anarchists have achieved real change. It depends on how you define the players involved.

Many Union members and the labor groups like the IWW have included anarchists and had ideas that seem influenced by anarchist writings and thought.  However, most union victories’ better pay, hours, sick/vacation time hardly seem to be what modern anarchists are asking for.  Some see the anti-war protests of the 60’s and 70’s as well as the marijuana movement that grew during the same period as examples of anarchist direct action leading to change.  However, those who led these movements have increasingly turned to change -through legislation.  Tom Hayden, a member of the Chicago 7 (which led the protest of the Democratic party in 1968) is perhaps one of the most famous organizers of the 1960’s, he became a congressman and appears at Democratic party functions to this day.  Groups seeking an end to prohibition like NORML (National Organization to Reform Marijuana Laws) and LEAP (Law Enforcement Against Prohibition) work within the system for change.

Anarchists talk about solutions such as changing from a democratic vote to a more inclusive system like consensus in which those who object can decide to block the decision but are asked to discuss comprises until a solution can be found that harms no one.  In American Politics this is hard to imagine with the harsh divide between left and right.  Some point to the difference between a party-divided, majority-rule legislature that often leads to deadlock or one sided decisions that leave half the country unhappy, and the courts which provide a voice to minorities groups, wronged parties and provide a chance to redress grievances.  However, there is a major difference in that judges are central authority figures often not chosen directly by the people through even a voting process, and court battles are often won by who can spend the most money to build a case.  Consensus seeks to give everyone an equal voice, regardless of citizenship, gender, race or economic status.  A clear example was found during Occupy when Homeless, the unemployed, minorities, families and the white working class often came together to discuss problems and try to find agreed upon solutions.  Many participants gave up feeling  that process failed, often one person blocked several decisions in a row, many refused to even discuss comprise and simply yelled over others making demands instead of giving them a chance to speak.  However, Occupy arose quickly and several anarchists have suggested the group did not have a chance to deal with evolving people individually towards being ready to achieve success through a consensus model.

Why do you need a model other than majority rules.  Some would say the human race is evolving slowly towards an increasing number of fractured interests were problems are often unique to subsets of the overall population.  While rights were not given to women or African Americans during the American Revolution-the white property owning male-the recognized majority voice of the time gained many rights and freedoms.  Jews and non-property owning whites seem to be the next group that were able to gain rights through changing law both through advocating change to legislators and court battles for rights.  These groups were loud in the call for their rights and large segments of these groups joined together their collective power to make change happen.  Over time slavery came to an end, through perhaps a mix of war but most directly legislative action giving African Americans some rights, which increased through court cases over decades.  Women banded together to fight for their rights, not just to vote but for the right to inherit, have contraception and eventually the right to choose how to handle a pregnancy. Activist Joya Scott says “Anarchy to me means that the default should be as much personal freedom and agency as possible, with as little hierarchy as possible. To me, that’s just the most ethical position. Anarchism rejects the exploitation or oppression of anyone by anyone else and encourages us to dismantle those systems that perpetuate inequality. This is an important goal that I think most social justice activists agree with.

As large groups come together to obtain rights &amp; win, subsets of those groups later seek rights equally deserved but with less numbers to support them.  Perhaps a good example is seen in intersections of movements, QUIP a group that builds acceptance for Queer Immigrants deals with those who face both citizenship barriers as well as issues of being denied marriage rights.  A simple example may come from the debate over marriage rights, together the LGBT community is a powerful voice able to bring numbers to marches, government meetings and the voting booth.  However, if Lesbian and Gay members are given the right to marry, will they stand strong with the Transgender community to fight for issues that only affect Transgender community members.  It seems more likely that the Transgender becomes a smaller less powerful force, whose voice will often be ignored.  Many feel this happens already with events that seem to highlight a feeling that Transgender concerns are forgotten among by L, G and B such as  What about the T?! Trans* 101.   Native Americans and Latinos may face similar concerns, while minority rights presented a united front for issues like voting – it is questionable that African Americans would in mass fight for preserving native lands &amp; cultures or issues that divide the Latino community into 2 camps already like migrant rights.  If minority groups were drowned out by a majority system the voice of those fracturing into even smaller groups will rarely be heard, if ever.

This is the reason for another common anarchist principal of solidarity with other groups.  Working together the small unite against the powerful.  Like Occupy’s cry of the 99%, often those affected face a common enemy.  Groups that make restrictive laws like ALEC have many enemies that often don’t work together normally.  ALEC seems to be behind SB1070,  seed legislation favoring mega-corporations planting GMO seeds over crop contamination concerns of local organic farmers, anti-union laws, laws banning filming animal treatment at slaughterhouses, and laws protecting corporations from having to follow Environmental laws.  The response to ALEC meetings has seen massive protests by Anarchists, at least one church group, Occupy, and the democratic party.  Increasing GMO free advocates, Animal Rights, Migrant rights, Environmental, pro-union, pro-liberty are finding that while ALEC is a powerful enemy they can count on solidarity with others to oppose it.  Together with other groups efforts have been made to go after ALEC’s legislative members like Russell Pierce (best known for SB1070) and corporate members like Monsanto, the Salt River Project (SRP), private prisons that make money off migrant detention like CCA and more.  Many ALEC legislators retired or were defeated and many corporate members left ALEC.

However common enemies rarely hold groups together and movements from Occupy to anti-war groups have usually broken up with much internal disagreement.  60’s activist and Chicago 7 member Rennie Davis suggests this has been normal for social movement for decades “Back in the ‘60s, we had our share of internal bickering and lack of organization too. American movements-for-change starting with the American revolution and continuing into the suffrage and labor movements right up to the civil rights, women and anti-war movements all had their divisions and bickering.  If you got a group of people together today who represented alternative communities or eco-villages and asked them what was their number one problem, the ‘people problem’ would certainly be the most common response. Mahatma Gandhi once said if you want to change the world, you first have to change yourself.  John Lennon use to make that point with me as well during the times we worked together.  The concept sounds lofty but what exactly does it mean?  The meaning has remained elusive. Sometimes there are moments in the life of a nation when large numbers of people want to unite.  They find a direction that resonates with millions of others and unity  is expressed”.

Anarchists would suggest many of these concerns should be addressed by a consensus approach.  Imagine environmental policy created by bringing people together as equals to decide what was acceptable for each present, rather than the current process where those with the most money and power often make policy affecting everyone else.  Occupy’s attempt at consensus showed such a process may be long and difficult, but many advocate that it’s still possible with a few variations about how best to implement it.    Whether it can work may be a simple matter of direct action, with individuals making this happen in their own lives.  What if family decisions were made by finding solutions each member found acceptance, some Cooperative businesses already run this way.  Perhaps the best way to achieve this dream is simply to find a way to comprise with your neighbor or coworker, rather than making demands and insisting

Anonymous & Occupy spinoff Collectives may also be helpful such as:

the March against Corruption