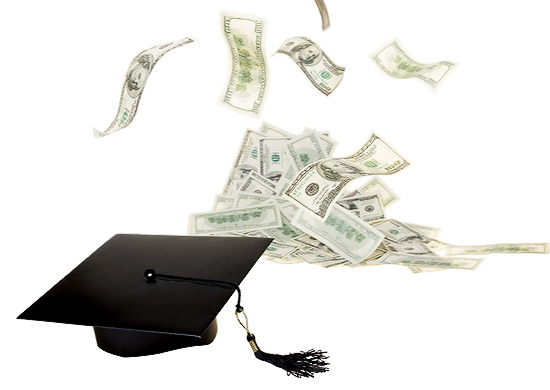 The federal government, in collusion with universities and colleges both public and private, appears determined to resurrect an early American form of debt bondage for the benefit of its student population. This debt bondage, called “indentured servitude,” was prevalent in the 18th century and involved workers getting free transport to the American colonies in exchange for working several years for nothing more than room and board. In the contemporary example, students take out loans so as to be able to attend a college or university and then, over a period of several years to a lifetime, work to pay off the debt, in many cases only netting enough money to pay for their living expenses after making payments on their students loans (as of 2012, there are approximately 37 million student loan borrowers with an average loan balance of $24,301).

Compounding the problem, the government, in its eagerness to give out these student loans, increasingly plays the role of another lowly regarded part of the credit business, the loan shark. Like the loan shark, the government loans money to a population in financial need that normal banks and lending institutions won’t lend to. In addition, the federal government offers its loans for a specific financial need: paying for an education that is supposed to be a bridge to a better paying job. Though broader in scope, this is not unlike the infamous payday lender loan sharks that until recently preyed on the working poor in Arizona. They also loaned money for a specific financial need: namely, loaning supposed bridge money so that the borrower could pay their bills until the next pay check came in.

When the federal government developed the student loan program in the 1960s, it neither intended to become a loan shark nor to revive the institution of indentured servitude. But conditions were very different back then. According to Thomas Brock, an analyst for the National Center for Education Research, for “much of the nation’s history, a college education was not needed to make a decent living. Indeed, after World War II, the difference between the average wages of high school and college graduates was small and shrinking.” This, however, is no longer the case – the sense that one must go to school in order to be successful, or at least to keep from sliding into the economic underclass, is fueled by the very real fact that a high school graduate only earns half as much as a college graduate and is three times more likely to live in poverty. Thus, what was economically optional when the student loan program began – a way to get into a different, more “professional” line of work – has now become an economic necessity. One that also entails the necessity of the student going into extreme debt before they even begin their working life.

The second great change since the student loan program started relates to the value of a college degree.  Due to the after effects of the great recession of 2008, the automation and outsourcing that is also now occurring in the service sector, and the increasing glut of people with secondary educations, a college education is no longer a guarantee of a good, professional job. A recently published study from the Center for College Affordability and Productivity says that nearly half of all American college graduates in 2010 were underemployed, holding relatively low-paying and low-skilled jobs. Specifically, out of 41.7 million working college graduates in 2010, 48 percent—more than 20 million people—held jobs that required less than a bachelor’s degree and fully thirty-seven percent held jobs that required no more than a high-school diploma. Thus, the happy scenario of the 1960s, in which a graduate was relatively soon out of debt due to a high flying career opened up by his or her college degree, is now the rare exception.

Just like the payday lender made his biggest profit off the person who couldn’t pay the loan back, and therefore owed ever more money from the interest on the loan, the government is similarly benefiting from an increasing inability of college graduates to pay back their loans. And the federal government has the added advantage that, unlike all other forms of personal debt, the borrower cannot get rid of student loan debt by declaring bankruptcy (even social security checks can be docked because of student loan debt), it is hardly surprising that the government is settling comfortably into its newfound role as the loan shark to end all loan sharks. In 2013, the government booked a $41.3 billion profit off the student loan program, a higher profit level than all but two companies in the world: Exxon Mobil and Apple.

But it isn’t just the government that profits from the indentured servitude of the nation’s students, as secondary education is a major growth industry. Just locally, the U of A recently stated in a report by its CFO that “we will increase our headcount [i.e. enrollment] by 9,000 students over the next six years” while Tucson’s downtown and midtown redevelopment plan is based on increasing numbers of students spending increasing amounts of money (presumably, at least in part, through increased borrowing). And one of the major, home-grown Arizona corporations is the University of Phoenix, a national chain of for-profit colleges, which charges even higher tuitions than state colleges, forcing its students to run up even higher debts for the benefit of its shareholders. Nationally, for-profit schools, which enroll 10% of the students, use up 25% of government financial aid and account for 44% of student loan defaults.

With so many vested interests benefiting from the current system, it is difficult seeing it change anytime soon. Unless, that is, either 1) the indentured servants (the students) rise up in revolt at the debt burden that they are, in effect, being forced to assume, or 2) a large enough percentage of the students default on their loans, causing yet another American financial bubble to burst. We at Occupy encourage and will work toward the first option.