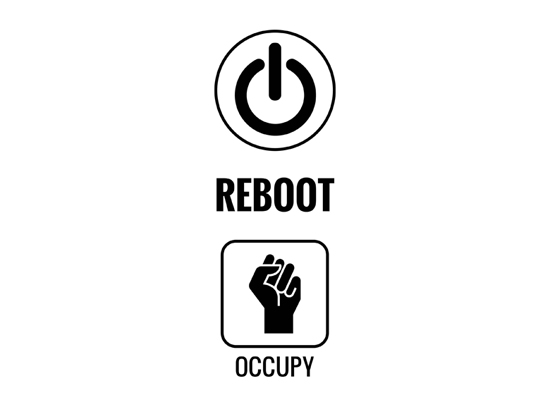 There is a humility that is missing from our political discourse. Consider the reality of our fundamental ignorance. We fit a more or less incomplete sequence of past events into our understanding of and (mostly) assumptions about reality and possibility. We are overwhelmed with information. Our time and attention are limited, and so we necessarily use rules of thumb to make sense of the world.

Hindsight often misleads us into forgetting that “the past” was once “the future”. Many things which seem inevitable and obvious are nothing of the sort. In their work on cognitive illusions, Daniel Kahneman and Amos Tversky have demonstrated widespread limitations of human rationality.*

We are often uncomfortable about our ignorance, and we are quick to tie issues up or sidestep them entirely to avoid confronting our ignorance directly. Our animosities accomplish this effect quite efficiently (hate Obama, hate Bush, hate socialists, hate conservatives, hate, hate, hate). It is discouraging how wide of a variety of hatreds we indulge in to explain the unseen world. Whether it’s the Right blaming liberals and immigrants (“the illegals!”) or it’s the Left blaming conservatives and the rich (“the 1%!”)—or whoever the flavor of the day it is to blame—we seem all too willing to forget about our own ignorance and folly. One thing we can do, right now, to improve the politics of our times is to humbly embrace our own ignorance and learn to identify overconfidence in the ultimate nature of political reality (whether conservative or liberal or socialist or libertarian or anarchist or otherwise) as a folly and as a dangerous cognitive menace.

Overconfidence acts as a menace by lulling us into complacency at a time when the stakes are so high. Popular false beliefs can wreak havoc through political and economic forces. The US just signed a deal to provide security in Afghanistan till 2024—does the logic of such a deal flow from democracy or empire? Governments around the world data mine and spy on their own and each others’ populations (as well as each other)—are we prepared for a world without privacy? And regardless of how you feel about climate change—whether you think all the national and international science academies and societies are fooling the world that climate change is real and driven by humans, or that transnational corporations are fooling the world that climate change is a fraud or driven by other forces—your trust is likely shaken in at least one of two major institutions: academia or industry (and probably government as well).

Whatever Occupy’s faults, the encouragement to hash out our differences face-to-face in a directly democratic medium is an opportunity to grow and learn. It is frustrating, and it is messy, but it has the potential of helping us develop a healthy tension between our humility and our confidence. Ignorance should not shame us any more than our need for food and water. Embracing this aspect of our humanity allows us to understand ourselves and each other more honestly. I hope that such understanding might inspire us to break the cycle of fear and denial that prevents us from responding rationally as a society to the significant challenges we face.