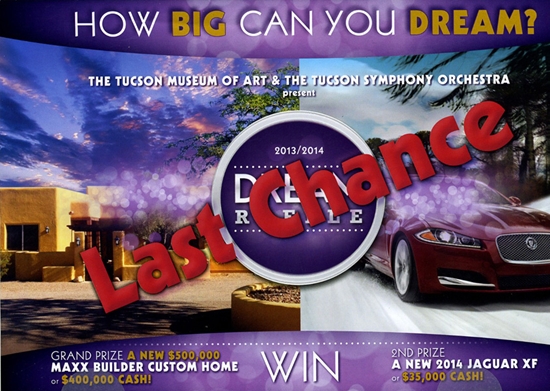 My $10 student ticket to the Tucson Symphony Orchestra landed me one of the best seats in the Tucson Music Hall, near the front in the middle at an angle where I could see pianist, Gabriela Martinez, play all the exquisite notes during her parts in Ludwig van Beethoven’s “Emperor” Concerto. The seat allowed me to see the guest conductress, Tania Miller, as she looked over her shoulder to give the pianist her cues.  To be able to watch the face of the pianist move in and out of ecstasy while her hands danced before the keys swelled my heart with greatness.

With my brain still saturated with the beauty of the music and thoughts of how women are truly capable of conducting and playing music with such absolute genius, I headed out into the cold evening to ride my bicycle home. I crossed the street to Veinte De Agosto Park in downtown Tucson where I witnessed lumps of blankets laid out on the sidewalk. These lumps indicated a human being was underneath. The blankets looked as if they were hiding corpses. There were a number of them lying there as if there was a terrible social plague going on that was killing people.

An electrical flash went off within the gray matter inside my skull. The brilliant light caused me to fall into a time warp that drew me back into the feudal era to a place where these same souls were sleeping on the streets. Our 21st Century social ills are ancient and have not been solved by past revolutions. Beethoven was disillusioned with Napoleon after he abandoned the democratic ideals of the  revolution by declaring himself Emperor.

I came back into the present moment when my Occupy Tucson friend, Ken Lee, and I began talking about the housing crisis. It was apparent that the homeless were going through cruel and unusual punishment by being denied their basic human rights. The class war on the poor was so great that the government was making it more difficult to give hungry people, who have no money, food. Most Tucsonans are either oblivious to the crisis or are not human enough to even care.

The intoxicating music of the Orchestra’s performance quickly faded into the sound of traffic caused by people driving home or to other locations from the Tucson Music Hall. Gabriela’s facial expressions of concentrated joy had became the chilling concrete of the sidewalk. I was now deaf to Beethoven’s Concerto No. 5 in E-flat major. The noise from a police car siren racing down the street had blown a hole in my eardrum.
I chuckled to myself, “Maybe I should buy one of those “Dream Raffle” tickets, the fund raiser for both the Tucson Symphony Orchestra and the Tucson Museum of Art, two of the leading arts organizations. The top prizes are a $500,000 luxury MAXX Builder house and a $35,000 Jaguar XF. I thought, “Perhaps I’ll be the lucky one. Then I would have a house to start a housing coop for those who need it most, including the highly trained and talented classical musicians who barely make enough money from their symphony chairs to break out of the chains of paying rent to a landlord every month.”

But I can’t bring myself to buy into their “Dream Raffle” because I know from my research into the nature of architecture that McMansions and Jaguars represent what is wrong with American culture. These are symbols of greed, hyperconsumerism, and the competitive materialism of “keeping up with the Joneses.” They represented a lifestyle that is causing global warming and destroying the atmosphere. It is an unrealistic dream, delusional in that it would take six planet Earths for everyone to live in this affluent way.  I reflected on a woman who was sitting in the front row a few rows from me wearing her mink coat and a hat made of bird feathers. The social plague was not only on the streets of downtown Tucson, but it was in the Tucson Music Hall.

When it really comes down the basics of life, it’s not music that is the primal art. Architecture is the mother of the arts because it is the form of creation that is essential for human survival. For most of art history, architecture or the lack of architecture has been the cruelest of all the arts. It exploits labor. It built European castles inhabited by the plutocracy. Today it uses bulldozers to scrap the Sonoran desert to build McMansions where the American upper and upper-middle class dwell in their gated communities. It builds the ticky-tacky houses and apartment complexes. Architecture is the art form that has the power to lock people out of participation as well as the potential to bring us together.