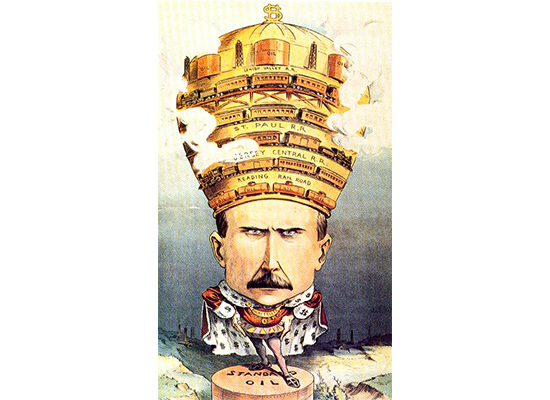 In the beginning, Rockefeller was a completely poor fifteen-year-old kid who had only a single dime to his name.  With this dime he bought an apple, which he polished with the edge of his only shirt and sold for twenty cents.  With this twenty cents he bought two apples, polished them both with his only shirt and sold them for forty cents. The four apples which he bought for that forty cents he again polished with his shirt and then sold for eighty cents. With that he bought eight apples, which he, of course, polished with his shirt and sold for a dollar sixty.  This dollar sixty meant that he could buy sixteen apples, which he polished, still with that same shirt, and then sold for three dollars and twenty cents.  But by now it was already evening and our poor, tired little Rockefeller went home, exhausted.  During the night, however, his aunt died and left him two billion dollars.  And that is how Rockefeller became a billionaire.