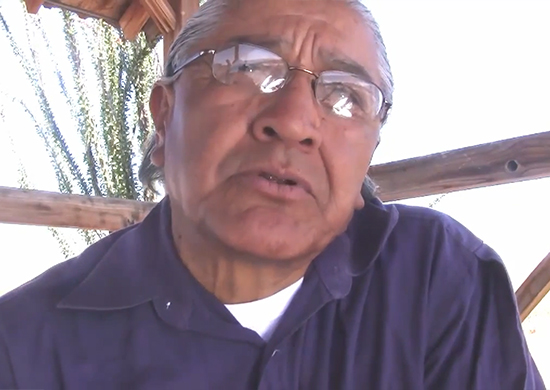 Below: The Tohono O’odham Legislative Council’s resolution regarding removal hearing of Hia-Ced District officials, to be held April 15-17, 2014. 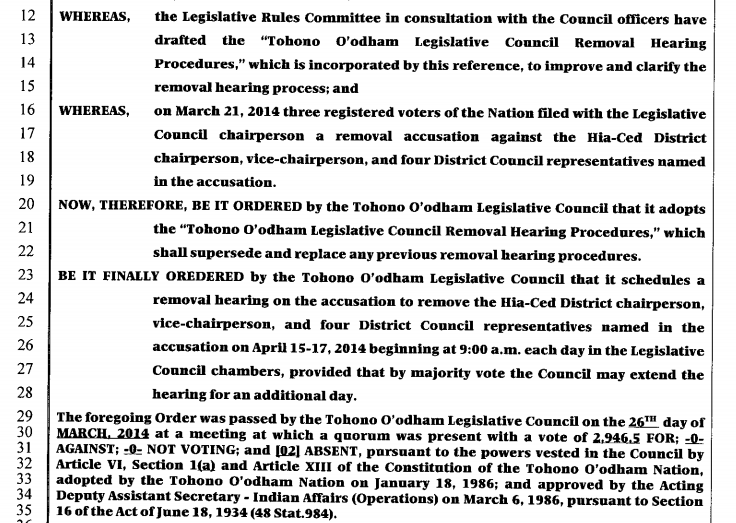