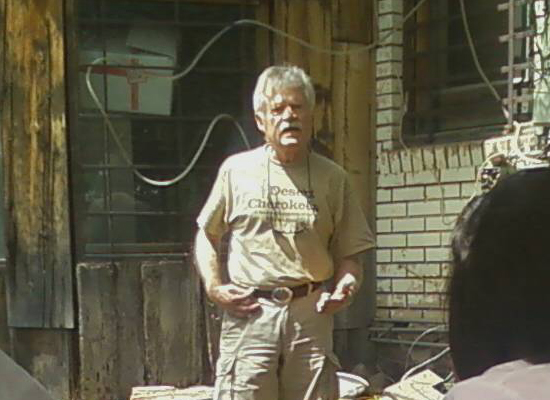 Attorney Bill Risner held a press conference yesterday in which he discussed last week’s Superior Court decision ordering the City of Tucson—once again—to comply with Cecilia Cruz’s (of the El Rio Coalition) May 12, 2013 request for access to public documents “concerning the City of Tucson’s consideration of a conveyance of El Rio Golf Course to Grand Canyon University”. During the press conference, Risner detailed Judge Christopher Staring’s complete rejection of the city’s attempts to stonewall the release of the documents and the judge’s reproach to the city for not complying with his first order to release the documents, indeed for deceiving the court as to what and how many documents there were to release. Assuming that the city will not try to further defy the court and will actually release the documents, Risner stated that we might finally learn what city officials and agreements underlie the city’s bizarre attempt to give for-profit Grand Canyon College a sweet heart real-estate deal on city parkland.