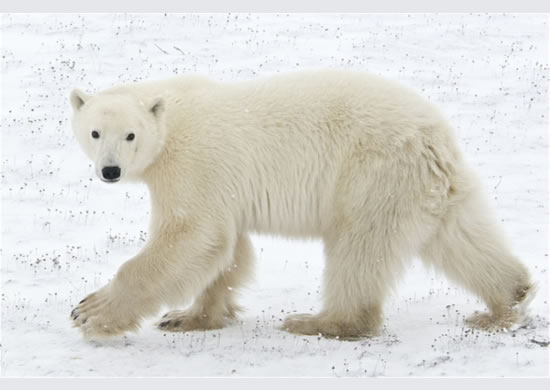 Korean director Bong Joon-ho’s film Snowpiercer is an allegorical — and sometimes phantasmagorical — science fiction thriller about a geoengineering climate fix that goes terribly wrong. When the film opens, we see planes releasing something called CW7 into the upper atmosphere to help cool a warming planet. As a result Earth freezes catastrophically, killing everyone except the few hundred people who have bought or forced their way aboard the Snowpiercer train. This powerful, seemingly unstoppable, train circles the globe once a year, racing through the frozen wasteland, while preserving in miniature the oppressive social relations that existed before the Earth froze (in 2014). The first-class passengers in the front of the train –- who live luxurious lives complete with spa, conservatory, nightclub, and sushi bar –- contrast with the wretched masses at the rear of the train, who eat disgusting food and live in filthy, dark conditions. Wilford, the technocrat who created Snowpiercer, believes that these social divisions are necessary, and his point of view is echoed by his minion Mason when she says,”We must occupy our preordained position. I belong to the front; you belong to the tail. Keep your place.” Though the film contains many violent scenes that earned it an R rating, it brings together environmental and social justice themes in surprising and effective ways.

There are lots of good reviews of Snowpiercer, and taken together they offer a more complete picture of this complex film than I have just given. Kate Aranoff at Waging Nonviolence emphasizes the class conflict aspects of the film and identifies Bong’s major point as follows: “Confronting the climate crisis means confronting capitalism and the inequality it produces.” Jason Mark at Earth Island Journal focuses on the film’s relationship to other eco-disaster and dystopic sci-fi fare, including the recent Elysium and The Hunger Games, and he calls Snowpiercer “the smartest bit of cli-fi I’ve come across since reading Margaret Atwood’s Oryx and Crake.” And Ty Burr at The Boston Globe tells us that Snowpiercer almost wasn’t seen in the U.S. because the distributor didn’t like “…the film’s dark tone, often brutal violence, and general creative weirdness” and believed American audiences wouldn’t understand it. But Bong refused to change the film, and I’m glad he refused, not only because Snowpiercer successfully brings together issues of class and ecology, but also because it makes an effective indictment, however strange and fictional it may be, of geoengineering.

And if you think Snowpiercer is just a science fiction allegory, and there aren’t any threats to our planetary well-being like CW7, maybe you should take a look at Clive Hamilton’s 2013 book, Earthmasters: the Dawn of the Age of Climate Engineering. Hamilton says, “For sheer audacity, no plan by humans exceeds the one now being hatched to take control of the Earth’s climate.” He defines geoengineering, which will supposedly allow humans to end-run around the daunting collective task of reducing our greenhouse gas emissions, as “deliberate, large-scale intervention in the climate system designed to counter global warming or offset some of its effects.” One such form of intervention, solar radiation management, could include the possibility of spraying sulfate particles into the upper atmosphere to mimic the cooling effect of volcanic eruptions. The fact that this action could hinder the repair of the hole in the ozone layer or might even have a negative impact on the Indian monsoons hasn’t stopped investors from backing the research. These investors include Bill Gates, who Hamilton says is now “the world’s leading financial supporter of geoengineering research.” For example, Gates has invested in Intellectual Ventures, the company that did a feasibility study of the StratoShield, a hose designed to be held in the sky by balloons as it “delivers” sulfate aerosols. Though Hamilton is not opposed to appropriate uses of technology, he says  “…climate engineering is intuitively appealing to a powerful strand of Western technological thinking and conservative politicking that sees no ethical or other obstacle to total domination of the planet.”

I first started reading Hamilton’s Earthmasters while I was taking Peter Singer’s Practical Ethics Massive Open Online Course in which Geoengineering was a topic. Hamilton and Singer are fellow Australians and both are ethicists. In February of 2013, they debated the topic “Playing God with the Planet: the Ethics and Politics of Geo-Engineering” at the Sustainable Living Festival in Melbourne. Among other things, they disagreed on whether or not Bill Gates is really helping humanity with his geoengineering investments.

Singer said that we shouldn’t see Gates’ bankrolling of geoengineering research as sinister because he has already put a “vast amount of money into trying to reduce global disease, trying to help the poorest people in the world,” and the Gates Foundation has probably saved 5.8 million children’s lives. We can therefore “assume [he] has some altruistic, benevolent impulses,” and wants to help prevent climate catastrophe. Hamilton didn’t deny that Bill Gates is a philanthropist but said he represents a “…technological world view, a Promethean world view” that doesn’t recognize that we have already made errors in our uses of technology and could easily make more. People with a technocratic, hubristic mindset think that “what we need is more technology, what we need is grander technological solutions, what we have to do is counter our previous technological mistakes with much more godlike technological contributions — seizing control of the planetary system in total.” In Earthmasters, Hamilton dubs those who are in favor of technological solutions like climate engineering Prometheans, after the god of technological mastery. But in their quest for mastery, Prometheans can set into motion unstoppable and unfixable consequences. Hamilton calls those who err on the side of caution and oppose technological fixes Soterians, after the goddess of safety and deliverance from harm.

So is there really a discernible connection between the actions of technocrats as portrayed in Snowpiercer and those described in Earthmasters? After all, technocratic Wilford in Snowpiercer doesn’t cause the climate to go haywire, and he isn’t responsible for the film’s geoengineering catastrophe, though he is cruel and heartless in his attitude toward his fellow humans.  Gates, by contrast, has a philanthropic worldview, and he wants to invest in engineering the climate to help humanity. Is it a stretch to talk about the two men in the same breath? To me the Snowpiercer mogul and Microsoft billionaire are similar because, as each strives to protect human beings from themselves, he enters the realm of Promethean hubris. And in this realm where a few rich technocrats make all the decisions about how and when technology is used, when things go wrong — as is almost inevitable — it will be the poor and marginal who suffer the worst consequences.

5 thoughts on “Snowpiercer and Earthmasters: Complementary Views of Geoengineering”