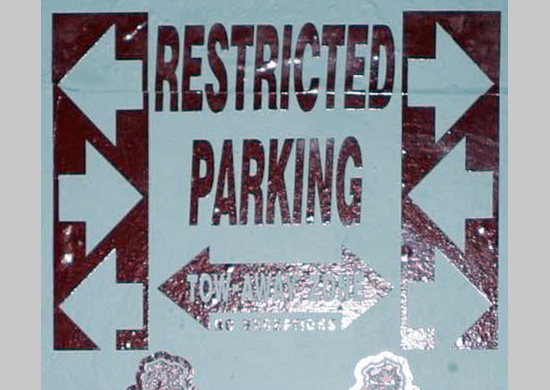 Towing companies are criminally holding vehicles for ransom.1 In violation of Arizona Statutes, they are doing this repeatedly and with impunity. Towing truck companies can tow your car and charge you a fee, but they are breaking the law when they hold your car until you pay up. People who don’t know their rights could end up paying hundreds of dollars in “storage” fees to secure the release of their vehicle.

The case of Adage Towing & Recovery vs the City of Tucson

Adage Towing—recently renamed as “Reliant Towing”—operates a towing, salvage and storage business in Tucson, under contract with a number of private property owners. On the property owners request, Adage Towing is obligated in these contracts to tow vehicles away which have been improperly parked on private property, in ‘violation’ of rules and regulations stated on certain signs.

Way back in 1996 the Tucson Police Department started enforcing the relevant laws, thereby interfering with Adage’s ability to hold an individual’s car hostage. Adage Towing then filed a lawsuit seeking a ruling from the court. Their hoped-for ruling would have declared that a posted sign created a legally binding implied contract between Adage Towing and any vehicle owner whose vehicle had been found there, parked or for any reason left, in ‘violation’ of the posted sign.

The Appellate Court soundly rejected this argument. The Court held that the towing company’s mere possession of a vehicle did not in and of itself create a lien on any such vehicle, particularly since the owner(s) had not been asked, and if they had been asked the owner(s) likely would not have consented to such a lien. Neither Adage’s posting of signs, nor a person’s improperly parking on private property—even if in violation of the posted signs, could establish as a matter of law the vehicle owner’s consent to a lien.

In spite of this clear court decision, these extortions continue to the present day in Tucson. The Tucson Police Department has been quite willing to step up on a case-by-case basis and restore vehicles to their rightful owners. So why is this practice still commonplace? The answer is simple: because the people don’t know the law. The law is a body of knowledge which rightfully belongs to all of us—just as mathematics, biology, and history do. We the People need to know the law. The more we know, the better will be our position in relation to extortionists, corporate looters, and criminals.

1 Arizona Supreme Court (1984), CAPSON v. SUPERIOR COURT OF STATE OF ARIZONA, ETC., “The state concedes the petitioner may be entitled to payment of the $75 fee, but claims that because no lien attached, “Galaxy Towing [had] no legal right to hold a car for ransom * * *. Therefore, the state claims the petitioner is guilty of theft. According to the undisputed facts, the petitioner, without lawful authority, knowingly controlled the property of another with the intent to restore it only upon payment of compensation. We believe the elements of the crime as specified under A.R.S. § 13-1801(2) and § 13-1802(A) have been satisfied, and that the petitioner may be charged with theft. We note, however, that in the instant case the petitioner may have acted under a plausible, though incorrect, interpretation of the statute. We believe therefore that our holding in this matter should have prospective application only and apply to fact situations which arise after the filing of this opinion. It shall not apply to the petitioner.”

The relevant statutes, and their precedents in court

Court of Appeals of Arizona (1979), FITZHUGH v. CITY OF DOUGLAS

1 thought on “Holding Cars for Ransom”