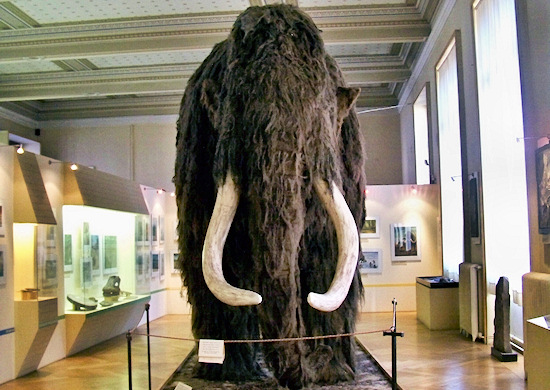 The ongoing effort to reintroduce bighorn sheep to the Catalina Mountains near Tucson, like other programs designed to increase populations of endangered animals, has caused its share of controversy. Though only 13 of the 31 bighorns released last November are known for certain to be alive, and three mountain lions have been killed because they preyed on the sheep, state wildlife officials want to transplant more captured bighorns in their quest to create a sizeable herd (see the August 27 Arizona Daily Star). Critics of the program cite loss of animal life and question whether wilderness regulations are being violated. One of these critics, Ben Pachano, spokesman for Friends of Wild Animals, suggests that environmentalists on the advisory committee should ask themselves “why they’re supporting a project backed by notorious anti-conservation groups like Safari Club International.” (In March the Star revealed the “dominant role of hunting-related interests in planning and financing the November bighorn reintroduction.”) Critics also question how bighorns can make a comeback in the Catalinas when they proved unable to thrive there in the 1990s. But whether or not Game and Fish officials carry out this second attempt at bighorn transplantation, the issues raised by critics — about the role of hunting, the extent of habitat degradation, and the transportation of wild animals — are part of a much larger story of the dramatic impact our species has had on the natural world.

Having just read Elizabeth Kolbert’s recent book The Sixth Extinction: an Unnatural History, I learned that over the course of the past half billion years, there have been five major mass extinctions of species, with causes that have ranged from the landward progression of plants to the asteroid strike that ended the age of dinosaurs. There was a time when people thought that the natural world was created as it is now and that it remained unchanged throughout history; Kolbert weaves together the discoveries made by historical geologists and evolutionary biologists to tell the sweeping story of mass extinctions and their consequences. She credits the French naturalist Cuvier with introducing the notion of extinction, the understanding that species are born and die just as individual organisms are. And in the case of the Sixth Extinction that is now underway, Kolbert shows us the many ways that human activity leads to loss of diversity on our planet.

Kolbert begins her story in Panama at the El Valle Amphibian Conservation Center (EVACC), and she accompanies EVACC staff on expeditions to scoop up increasingly rare frogs that belong to disappearing species. Many of these endangered creatures are being killed off by a type of chytrid fungus, called Bd for short, which has either been spread around the world with shipments of African clawed frogs (once widely used for pregnancy tests) or with North American bullfrogs, which are exported for food. Both types of frogs are unharmed by Bd but are carriers, and in either case, Kolbert says that without human involvement it would have “been impossible for a frog carrying Bd to get from Africa to Australia or from North America to Europe. This sort of intercontinental reshuffling, which nowadays we find totally unremarkable, is probably unprecedented in the three-and-a-half-billion-year history of life.” Kolbert lists numerous other examples of this reshuffling, such as the introduction of cane toads to Australia and the threat they now pose to the endangered northern quoll. Sometimes, as in the case of the Catalina bighorns, individuals are transported to help save their species, but the book shows that the human inclination to “reshuffle” our planet’s flora and fauna has often had disastrous results.

When Kolbert investigates another of the human-caused drivers of species extinction — climate change and subsequent habitat loss and degradation — she introduces us to Ken Caldeira, the scientist who is credited with coining the term “ocean acidification.” One of the consequences of global warming and ocean acidification is that many coral reefs will stop growing and will no longer be there to support the huge diversity of ocean species that seek shelter in these reefs. [Here’s an interesting side note: The negative effects of too much carbon dioxide on coral were discovered by another scientist, Chris Langdon, who was studying the failed ocean “system” at Biosphere I here in Tucson.] Caldeira, Kolbert notes, cares a great deal about the effects of climate change and ocean acidification. One of his published scientific papers states that if emissions trends continue, in fifty years time “all coral reefs will cease to grow and start to dissolve.” But Caldeira is also a leading proponent of geoengineering, which he first investigated when he was hired by the Department of Energy to look into the feasibility of carbon-capture and deep sea injection as a solution to carbon dioxide emissions. Caldeira is fully aware of the destruction climate change will wreak on the oceans, and he supports the possible use of a technological fix like geoengineering. But if you agree with Clive Hamilton and others who see geoengineering as a form of hubristic technological tampering with natural systems, not a true solution, you will be aware that geoengineering’s potential consequences could lead to even greater destruction of habitat and loss of diversity.

Human beings have an incomplete understanding of the natural world, and we understand technology better. So we are inclined to use our tools to solve problems. Whether those tools are as technocratic as geoengineering or as precise as captive breeding programs, they are all designed to end-run around the real solution to the problem, which would involve a change in human behavior. Kolbert takes a look at two captive breeding programs in her book, one for Hawaiian crows and another for the Sumatran rhino. She visits Dr. Terry Roth while Roth is giving a Sumatran rhino an ultrasound as part of a breeding program at the Cincinnati Zoo. Kolbert compares the near extirpation of Sumatran rhinos, which has been caused by habitat destruction and fragmentation, with the prehistoric extinction of other large mammals — megafauna like the mastodon and mammoth — because it seems increasingly likely these megafauna were hunted to extinction by human beings. This in turn leads her to talk about the Anthropocene (a name that has been suggested for the current geological epoch because of the extensive impact of human activity), which is usually said to have begun with the industrial revolution. Kolbert questions whether or not the starting point of the Anthropocene was “the introduction of modern technologies—turbines, railroads, chainsaws…” She says, “the megafauna extinction suggests otherwise… Though it might be nice to imagine there was once a time when man lived in harmony with nature, it’s not clear that he ever really did.”

Though I highly recommend Kolbert’s book, I don’t think that her view of the Anthropocene is helpful. Often humans are a destructive species, but it is human technology that has had the harshest and most irreversible effect on the natural world. This is largely because technology enables us to destroy not just plants and animals, but also the places where they are best adapted to survive. Any attempts to prevent more loss of diversity, whether through captive breeding programs like the ones Kolbert describes or through efforts like the bighorn sheep relocation, only work if we humans do a better job of protecting the natural environment. This, of course, benefits our own species since we don’t currently have another planet to which we can transplant ourselves if we screw up Earth.