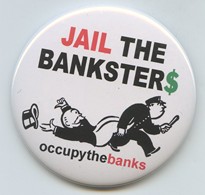 (Nov. 13) — Six of the world’s largest banks have been fined a collective $4.3 billion for manipulating the foreign exchange market. HSBC, Royal Bank of Scotland, JPMorgan Chase, Citigroup, UBS AG and Bank of America were found to be negligent in traders’ collusion around global currency.

(August 21) — The Justice Department has unveiled a more than $16.6 billion settlement with Bank of America over its sale of toxic residential mortgage-backed securities, or RMBS. Attorney General Eric Holder said the deal is the largest civil settlement with a single entity in history.

The settlement includes $7 billion in relief measures for homeowners, meaning the bank’s actual burden is likely far less than the record total announced. Critics say very few homeowners will actually benefit compared to the millions who lost their homes to foreclosure during the financial crisis. The U.S. Public Interest Research Group says Bank of America could receive approximately $5.6 billion in tax deductions from the deal, a burden that would be shifted onto taxpayers.

Citigroup to Pay $7 Billion for “Egregious” Sale of Toxic Mortgages

(July 15) — Citigroup has agreed to pay $7 billion to settle a federal probe over its sale of toxic mortgage-backed securities that helped sink the economy and displace millions of people. The deal includes $2.5 billion in relief for those who lost their homes. At a news conference Monday, Attorney General Eric Holder said Citigroup purposefully hid the risks it knew were associated with the loans.

Holder said the settlement includes a civil penalty of $4 billion, the largest penalty to date of its kind. But in a statement, the group Public Citizen called the deal “too lenient,” noting no criminal charges have been announced.

(May 20) — European banking giant Credit Suisse has pleaded guilty to helping American clients avoid paying taxes by concealing assets in illegal, undeclared bank accounts — becoming the largest bank to plead guilty to a criminal charge in 20 years. As part of the plea deal, Credit Suisse will pay about $2.6 billion (about four months worth of profits) in penalties and hire an independent monitor. But the bank will not be required to turn over the names of the Americans who used the bank to evade taxes. In addition, no senior Credit Suisse executives will face jail time, and the bank will be allowed to continue operating in the United States.

(April 10) — The Blackstone Group, a private equity firm, is now the largest owner of single-family rental homes in the country. In one day alone, Blackstone bought up 1,400 houses in Atlanta. And as private equity firms gobble up huge swaths of the housing market, they are partnering with big banks to bundle the mortgages on these rental homes into a new financial product known as “rental-backed securities,” reminiscent of the “mortgage-backed securities” that helped cause the last financial crisis.

(March 21) — A recently revealed internal Wells Fargo document, “Wells Fargo Home Mortgage Foreclosure Attorney [Procedure] Manual, Version 1,” appears to guide lawyers step by step on how to fabricate missing documents to foreclose on homeowners. Meanwhile, a new internal report says the Justice Department massively overstated its successes in targeting mortgage fraud while in fact ranking it as a low priority for investigation. The Justice Department’s inspector general says despite playing a central role in the nation’s financial crisis, mortgage fraud was deemed either a low priority or not a priority at all.

(January 1) – As a part of its settlement with the Department of Justice for its collusion in laundering Mexican drug money, HSBC bank executives will have to forego their bonuses this year and for the four years following it as punishment. This will come on top of a fine that will force the bank to forego one month’s worth of profits.

(Source: Democracynow.org, compiled by the editors of the Occupied Tucson Citizen)