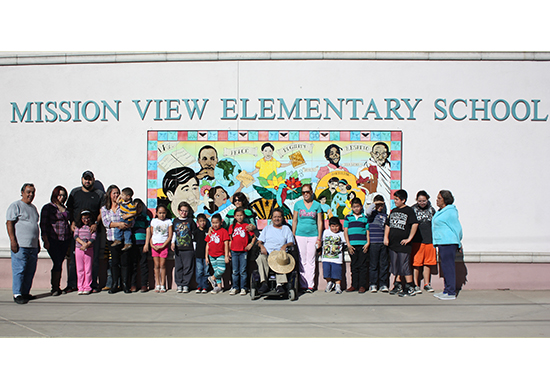 Why are there so many drug rehabilitation facilities in this city?

The community of The City of South Tucson, a small incorporated community located within metropolitan Tucson, has been targeted by Pasadera Behavioral Health Network as the next site for its ever expanding quest for government funds. Pasadera plans to bring a drug rehabilitation and mental health facility to our small city, which covers an area of only 1.2 square miles and which already has six other facilities providing drug rehab services. Our community has less than 6,000 residents which means there is already one of these facilities for every 1,000 residents.

In addition to the six drug rehabs, we are two city blocks away from the V. A. Hospital, which itself provides drug rehabilitation services to a large number of addicts, some of whom end up staying in our community with their drug addictions unresolved.

The straw breaking the camel’s back in this Pasadera debacle is the fact that this agency wants to locate across the street from Mission View Elementary, the only school in town. This has the parents of Mission View students scared and worried. Some have taken their kids out of Mission View and have taken them to other schools. Some of these parents have no cars, consequently this creates quite a hardship for them. Pasadera has no right to disrupt our community in this manner.

Pasadera moving in next to our school will affect the safety and learning environment of our children. Pasadera will also create a more negative perception of our community, and further reduce community pride. People from other communities are now afraid of coming to South Tucson due to its reputation as a city full of criminals, drunks, addicts and prostitutes.

Based on the final 2006 FBI Crime Statistics, South Tucson has dangerously high crime rates. In most crime categories, South Tucson has higher crime rates than those of Camden, New Jersey, which is listed as the United States’ most dangerous city by the research and publishing company Morgan Quitno Press (thankfully rates of murder and rape are considerably lower than in Camden). Rates of homicide, deaths from firearm-related injuries, suicide, and drug- and alcohol-induced deaths were all substantially higher in South Tucson than they are nationally.

South Tucson residents have lower incomes. Our median household income and median family income are each less than half those in Pima County and the nation. Per capita income is less than one-third those of Pima County and the nation.Of the South Tucson population age 16 years and over, barely over half (52%) are in the labor force, compared to 65% of the U.S. population.

The principal of Mission View should have been the first person to represent the parents in this case, and raise objections about Pasadera. Instead, she was actually running Pasadera’s meetings, until she was ordered by the school district not to get involved. TUSD Guidelines for Students Rights and Responsibilities states that, together, students, parents, teachers, staff, and principals share the responsibility in creating and sustaining an environment that enhances student achievement and well-being in the Tucson Unified School District, Mission View’s principal did not do this.

The Mayor of South Tucson is known to have had discussions with Pasadera regarding their plans to come to our city, fully three months before the community or any of the parents became aware of this. Pasadera had been given the “green light” without the community’s knowledge. The Mayor’s two main campaign promises were “Safer Streets” and “Stronger Community.” A petition with 300 signatures against Pasadera was presented to the Mayor, but he chose to ignore the issue.

Tucson Unified School District was informed of Pasadera’s plans to locate across the street from the school, and their solution was to increase school security. Our community believes TUSD should take a stronger stance against Pasadera in order to meet its pledge to its students.