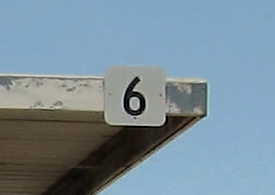 A New Housing Model for Tucson

There is a nationwide conversation about low cost housing solutions. In cities like Portland, Oregon and Austin, Texas, low income residents have taken the initiative to create their own villages. Here in Tucson, we are just starting the conversation. Some discussion took place within the Occupy Tucson movement, which interacted with the Safe Park movement. In the past year, under the leadership of Michele Ream, a new group has emerged called Community Supported Shelters. With the support of a local church, two small “homeless huts” were constructed and are now occupied. In addition, folks at this church location are working on a model for self governance.

I recently took a look at the larger picture of low cost housing options in Tucson, which was published by the Occupied Tucson Citizen in August. In this piece, I dive into a more detailed look at one possibility, a cohousing model that features small living spaces and shared kitchen, bath and laundry facilities. Six West is an actual building site, owned by the City of Tucson. If developed, Six West could be a model pilot program for sheltering perhaps hundreds of our fellow Tucson residents.

Six West (SW) will be a 15 unit residential community targeted to singles and couples 40 years and over. SW will appeal to potential residents who desire a low impact lifestyle and enjoy getting to know their neighbors more authentically than a typical subdivision. SW will also offer the opportunity to share resources, skills and human contact.

Six West is located on the west side of Tucson, near the Tucson Mountain foothills. It is approximately one mile from the intersection of Grant and Silverbell. The site area is private, with no neighbors nearby. There is a mix of desert landscaping. SW is 500 yards from a Sun Tran bus stop, enabling easy access to work, shopping and entertainment. SW is also a short distance from The Loop, a bicycle/pedestrian path that runs along the Santa Cruz river. The Loop is an easy ten minute bicycle ride to downtown. The existing site features a large metal shade structure centered on steel girders and a concrete slab of about 2700 square feet.

The current site has easy access to water, sewer and electric utilities. There may not be natural gas in the area, so SW could instead use propane for cooking and hot water backup.

Six West will be organized in a model known as cohousing. Cohousing is a very successful community living style, which features individual housing units and shared common facilities. SW will consist of 15 separate living spaces, with a common kitchen, bathing and laundry facilities. This allows for significant economies in development costs, while fostering a village type atmosphere. One of the features of cohousing is a regular community meal, perhaps once or twice a week. If there is one common rule in most cohousing communities, it is that everyone participates in the meal preparation. With 15 to 20 residents and perhaps one meal a week, this would mean that SW residents might be part of a cook team about once a month. Cohousing usually operates by consensus, where residents discuss issues and come to an understanding. Often there is an elected board, similar to a homeowners association. There is usually a small set of operating guidelines, items like a pet policy and noise standards. Because residents live together, similar to a condo or even a college dorm, there is a need to be aware of others. So, this model is really for people who enjoy the company of others, and are willing to work with their neighbors on a successful neighborhood. The good news is that Tucson already has three very successful cohousing communities (Sonora, Milagro, Stone Curves), and Six West could get valuable advice from all three communities.

In recent years, middle class cohousing has been planned around 30 individual homes with a large common house. In this case, because of both site constraints and the nature of the common facilities, it is proposed that 15 units be a better fit. However, if this model turns out to have value in Tucson, there could be larger configurations.

The community buildings will consist of at least a common kitchen, bathroom and laundry. The kitchen could be designed to allow for multiple meal preparation. Issues like refrigerator space and kitchen cleanup would be determined by the resident council. The bathroom could consist of discrete bathing, toilet and sink, to allow for maximum use. The laundry would feature a community washing machine, with a way to pay for individual usage.

Six West will probably be the most environmentally sensitive community in Tucson. That is based on the communal sharing of common facilities, the small unit size and the thoughtful house design. SW will build small living units that can function in Tucson’s climate with a minimum of fossil fuel production. Because plumbing, electric and gas utilities are contained in the community buildings, the living units can be built with a very tight building envelope. The air exchanges can be handled using small manual venting systems. The resident will control interior temperatures by being mindful of the exterior climate. During hot summer months, the units cool down to the lowest temperature in the early morning, typically 65 to 75 degrees, by using the window and door for air exchange. During the day, temperatures will slowly rise, but probably no more than 10 degrees. With small fans, the units will remain comfortable until the evening starts the cycle over. In the winter, the cycle changes. Now the unit can pick up outside temperature increases during the day, and seal the unit at night.

Other environmental features of SW will include solar hot water heaters, solar ovens, solar panels to charge batteries and clothes lines. There will also be opportunities to share books, magazines tools and other resources. The community may decide to purchase several bicycles for use by any of the residents.

Six West is a community that can help build wealth for its residents. SW potentially could charge $50 per month per person. This would cover the costs of utilities, and provide a small payback for the initial construction. If a SW resident can qualify for the Sun Tran economy fare, an additional $15 per month, this means that housing and transportation would cost $65 per month. On a limited income of $650 per month, this is only 10%, freeing up resources for other needs. In addition, each resident would contribute a few hours of work per month for the community. Typical cohousing work contributions are 4 hours per month. The work is tailored to the interests and abilities of each resident. Some residents would be drawn to outdoor landscaping or gardening tasks, while others might be more interested in some of the office tasks associated with any neighborhood association.

Six West will use state of the art building practices to allow residents to live year around with a minimum of fossil fuel resources. All units will be built with two by six wall sections, two by eight roof paneling. This could be combined with one inch rigid insulation for R-values around 20 in the walls, 30 in the ceiling. The insulation will be cellulose, the greenest of insulation products. Interior walls will use ultra light drywall, including 5/8 one hour fire code on common walls. All units feature one double pane two by two window and an exterior insulated door with screen door. Outside siding will consist of 3/8 preprimed Smartside grooved panels. There will be several flooring options on the concrete slab, including tile and laminate. Tile is a durable finish, but laminate may be more appealing to older residents. One possibility is to build 8 by 12 living units, about 90 square feet livable space. Combined with a sleeping loft, this allows for a comfortable space for one or two people. Community kitchen, bathroom and laundry could be sized about the same, but these units would require durable fixtures and moisture control. By smart preplanning, the water, sewer and utility lines would be minimized in cost.

To actually become reality, Six West will need to engage with several local organizations. These include the City of Tucson, a local nonprofit/religious organization, and a local contractor.

The City of Tucson currently owns the SW site. The City would perform due diligence, working across departments to facilitate this project. There are utilities nearby, these would need to be located. The Development Services Department would coordinate the permit process. Upon approval of the project, the City would make available the site on a ground lease basis, perhaps for $1 per year, with a limited time frame and the option to renew. Because this is a new model for Tucson, there might initially be a one year lease, to make sure that the project is meeting expectations.

A non profit or religious group would take overall responsibility for the project. This includes marketing the community to prospective residents, helping with group formation, and overall project management both at the construction phase and ongoing as the resident association sponsor. In cohousing, the marketing comes first before site design. With the potential size of SW, once 10 potential residents have signed up, the group can move to site, community building and individual unit design. There is often an initial refundable down payment, a “pay to play” earnest money contribution. The sponsor will engage the design and construction team. Once plans are finalized, the sponsor works closely with the city on approvals.

Building the site will consist of a skilled contractor (s) to oversee construction, while maximizing residential participation. This is the Habitat for Humanity model, a very successful homeownership program that asks new homeowner to contribute “sweat equity”. An initial cost estimate based upon preliminary design is about $30,000 in materials for all 15 units and community buildings. This does not include site work and utility hookups. Using a contractor for construction management, it is anticipated that labor costs could be perhaps as low as $5,000 to build Six West.