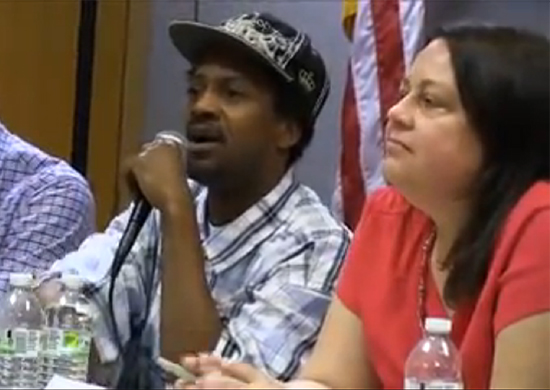 This is how we like to see a confrontation with the police go down. On December 29, 2014, Occupy Public Land activist John Cooper engaged police officers outside of Veinte de Agosto Park in a conversation. The police were attempting to arrest people for being within ten feet of a Tucson bus bench, but Cooper informs them that would violate a court order issued on December 19, 2014. As the judge in the ruling states, “the City of Tucson is enjoined [… from] closing any area of the sidewalk […] without posting it as closed to all citizens.”—Ed