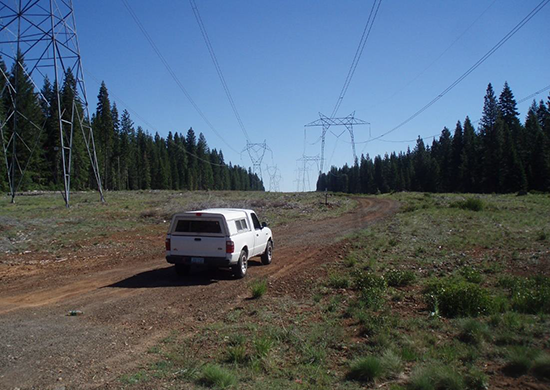 Friends of Aravaipa Canyon (FAR) along with a Cascabel environmental group have opposed SunZia plans to bring electric towers through sensitive Arizona wildlife areas since the project’s inception. Peter Else compiled the following brief history of the battle to protect the lower San Pedro River basin and the Aravaipa wilderness from a power grab. —Ed

On January 24, 2015, following a five-year environmental review process, Secretary of Interior Sally Jewell announced in New Mexico that the SunZia Southwest Transmission Project proposal has received final federal approval to proceed with one of the largest electrical infrastructure projects in the Southwest, a 500-mile-long transmission corridor. The project will consist of two sets of extra-high- voltage lines with associated support towers, protected from fires through vegetation control and serviced through a network of new maintenance roads.

The project purports to facilitate the development and transfer of between 3000 and 4500 megawatts of new energy resources at a projected ratio of four parts renewable energy to every one part of fossil-fueled energy, mostly from wind energy originating in central New Mexico and mostly for energy markets in Arizona and California. The project’s backers also claimed that the route followed will avoid and minimize environmental impacts. Both of these major claims were challenged repeatedly during the federal environmental review process by several conservation groups in Arizona, but Jewell’s recent announcement makes it clear that her Department does not agree with these challenges.

Friends of the Aravaipa Region has predicted in a formal protest submitted in July of 2013 that, according to specific findings of the best available economic feasibility study and the statements of SunZia’s managers and lobbyists, if the project or some major portion of it is constructed, it will likely come closer to delivering the inverse of the claimed 4-to-1 ratio of renewable to fossil-fueled energy and could ultimately follow the Arizona route alternative that least complies with federal policies to colocate new infrastructure projects with existing infrastructure to the highest degree practical.

A Self-Inflicted Wound by a Portion of the Environmental Community

The project was rolled out to the public as a renewable energy endeavor in May of 2009, accompanied by a press release issued by The Wilderness Society (TWS) and WildEarth Guardians that reinforced the renewable energy narrative.

A 2010 comment submission from several major environmental groups, including TWS, the Natural Resources Defense Council, The Sonoran Institute, and Western Resource Advocates recommended that language in SunZia documents should be modified to place even more emphasis on the renewable energy benefits of the project. Three of these environmental groups sent representatives to a June 2010 meeting in Tucson to assure local conservation groups that the project would primarily facilitate the development of renewable energy and to start determining the best route in southern Arizona to accomplish this goal.

However, the representatives from The Wilderness Society and the Natural Resources Defense Council had never set foot in the potentially affected areas of lower San Pedro watershed, which supports the last remaining major natural river ecosystem in southern Arizona, and none of these groups provided compelling proof that the project would live up to its renewable energy development claims. These groups and most major media outlets played a very important public relations role in allowing SunZia to obtain priority track status in the Obama administration in 2011 by reinforcing the same exaggerated renewable energy narrative that continued to be echoed in Secretary Jewell’s recent announcement.

Both before and following the 2010 meeting facilitated by the “Big Green” groups, two local landowner-based conservation organizations, the Cascabel Working Group and the Friends of the Aravaipa Region researched the history of the proposed transmission project. The project had originally been proposed to provide transmission capacity for a planned and permitted 1000 megawatt natural gas powered electrical generation facility in Bowie, Arizona, which is also owned by SunZia’s majority owner. This owner’s representatives had applied to gain federal transmission rights for the Bowie plant on the SunZia lines during the same environmental review process in which they were telling another federal agency that the two projects were not “connected actions”. The local conservation groups also discovered that the only third-party feasibility study conducted on SunZia contradicted the project’s claim that it would primarily facilitate the development and transfer of renewable energy.

All of this information was repeatedly submitted during the federal environmental review process, but was repeatedly ignored or dismissed by the federal oversight agency (Bureau of Land Management, or “BLM”) and their private contracted environmental firm (Environmental Planning Group, or “EPG”), which had a long-standing business relationship with the proposed project’s majority owner. The BLM and EPG were perceived by local conservation groups as project proponents, rather than as their federally mandated role as neutral parties. The BLM continues to use images on its SunZia home page that portray the project as a renewable energy project, rather than as a set of major transmission lines.

The most likely energy development scenario for SunZia will be determined by market factors, not by the stated intent of an applicant whose vocational specialty is to obtain permits. Current and projected market factors include the absence of a tax on carbon dioxide emissions and a lack of demand for low-dependability wind energy that has been transported over long  distances. The 2008 High Plains Express Feasibility Study determined that in the absence of a carbon emissions tax, the so-called “wind first” energy package is not an economically competitive energy mix over long-distance lines, in large part because the expensive transmission system would be underutilized by renewable resources that are only producing 40% (or less) of the time. This is the major reason why utility customers in the Southwest prefer to take advantage of abundantly available local renewable energy to meet their renewable energy standards rather than pay a much higher charge for a primarily renewable energy mix that has been transported over long distances.
Notably, the Study also concluded that in the absence of a tax on carbon emissions, the most marketable energy mix over long distances was the inverse of the one projected by SunZia.

Despite being informed of this Study, none of the Big Green groups who helped get SunZia on priority track status has done anything substantial to debunk the project’s exaggerated renewable energy spin. The Sonoran Institute even published an energy market report that reinforced the proponent’s arguments without mentioning the only relevant economic feasibility study for the project.

However, a number of other Big Greens, including local chapters of the Sierra Club, Center for Biological Diversity, Audubon Society, and Defenders of Wildlife recognized the significance of the information discovered and submitted by local landowner-based conservation groups, as did two major ranching organizations in the lower San Pedro watershed, the Winkelman and Redington Natural Resource Conservation Districts. All of these groups vigorously challenged the need to fragment and degrade the lower San Pedro watershed for such a questionable project.

In the case of SunZia, the BLM’s preferred route in Arizona between the Bowie power plant and the end of the project near Casa Grande is only co-located with existing infrastructure along half of its path, with much of the route bisecting previously undisturbed and major wildlife linkages between the Galiuro and Catalina/Rincon mountain ranges.

SunZia has lobbied with local governments and has declared its intention to ignore the BLM’s highly impactful route recommendation and instead take the so-called Aravaipa route, which is only co-located with existing infrastructure along 17% of its path, fragmenting the second largest wilderness zone in Arizona. By not eliminating this alternative from consideration, the BLM also left that option open to SunZia.

Overall, the entire SunZia route from beginning to end is only co-located with existing infrastructure along 64% of its path in the best case among all BLM route alternatives, falling far short of other competing transmission project proposals in the region, such as the Southline Transmission Project. The Southline proposal would parallel the SunZia Project across southwestern New Mexico and southeastern Arizona and provide the same function in the grid in that region. However, Southline would avoid fragmenting the lower San Pedro watershed by following the Interstate 10 corridor. Also, the original High Plains Express Project called for following an existing electrical corridor westward from central New Mexico through Springerville, Arizona, which would reduce new impacts and provide access for Arizona wind resources. By narrowly defining its “study area”, SunZia ensured that their project would have to pass through the lower San Pedro watershed after dipping far enough to the south to provide access for the owner’s natural gas powered plant in Bowie, Arizona.

The federal environmental review process prescribed by the National Environmental Policy Act (NEPA) was adopted to ensure that a proposed project’s impacts and alternatives were objectively described by incorporating meaningful public involvement and the best available science. With the high probability that SunZia’s energy development projection is a myth and that the project will not avoid major environmental impacts to the degree that competing proposals would, the integrity of the NEPA process is at stake. The BLM’s behavior has demonstrated that the system was rigged to favor the corporate applicant. Significant and relevant information submittals have been ignored or summarily dismissed, driving the process toward a foregone conclusion.

The recent decision points out how disjointed our environmental policies have become at the federal level. Secretary Jewell, who had characterized herself as the champion of landscape-scale conservation planning, has now personally announced that the very region historically designated to offset environmental impacts elsewhere in Arizona (the lower San Pedro watershed) has itself become the preferred path for major new impacts. She made this decision without seriously considering alternative project proposals and routes, despite an effort made by local conservationists and Arizona Representatives Kirkpatrick and Barber to have her staff independently review the validity of the project’s analyses and its environmental benefit claims. At that time, Secretary Jewell simply forwarded this formal request to subordinates in the same agency that had previously dismissed relevant information submittals. No response was ever received by the Arizona petitioners, making it apparent that an independent review did not take place within the Obama administration.

Recourse on the Federal Decision Being Considered

With a misrepresented project gaining approval to devalue important conservation designations in the lower San Pedro that were made on a good-faith basis to compensate for the impacts of growth and development elsewhere in Arizona, a challenge to the federal decision in court is being considered.

Currently it is uncertain how much support Big Green organizations would provide to local landowner-based conservation groups in this effort. Those wishing to support this effort or offer legal help can contact the author via the contact information below.

1 thought on “What Lurks Behind SunZia’s Green Smokescreen?”