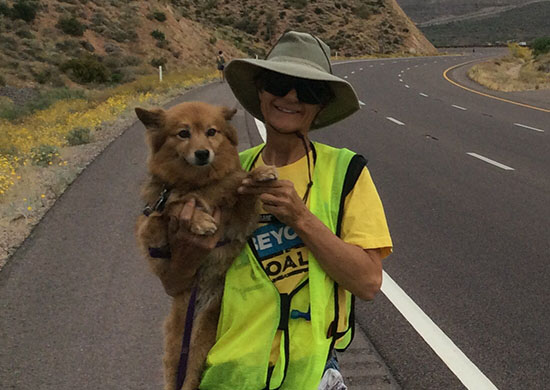 I’m Mary DeCamp, a local activist. No permanent residence; more a butterfly approach to landing here and there, sampling the neighborhood nectars, as it were. I’m not paid to speak for anyone, yet I have the audacity to think that I speak for many.

Thank you for listening.

Yesterday I made my maiden voyage to the new Pima County Consolidated Justice Center. The Operation Streamline case from October 11, 2013 had finally made it into court for resolution. Thirteen brave, principled men & women put on dragon sleeves & interrupted, for one day, the mass deportation of people seeking economic liberty in land that once belonged to their ancestors.

During a break in the proceedings, I looked out the wall of windows at the Catalinas.

And they laughed at me. Well, at us.

They’ve sat there since before humans walked their backs, broke their skin, sucked their ore. They watched as arrogant men set about drawing lines and boundaries and borders. And men made up laws and rules and regulations. And built courthouses and prisons and filled up both. The mountains watched.

My first encounter with Pima County Courthouse came during the 2011 Occupy Tucson encampment, when I was arrested for being on public land at the wrong time of day. I researched the history of Veinte de Agosto Park & found, following the Gadsen Purchase, Mexico packed up all the deeds and records and left. The then-City Council gave the land to their then-Chamber of Commerce friends, and the people who had occupied the land for generations were fenced out.

The mountains laughed at that, too – humans thinking they owned the land when their time upon it is so brief and there are so many more important things to attend to.

But for current humans, privatization rules. Extraction of natural resources. Manufacture. Distribution. Disposal. All with the expectation that each quarter will bring increases in profit. Ad infinitum.

Many people now are unhealthy, unhappy, and insecure. So we pass more laws. And arrest more people. And spend a year & a half waiting to argue in court. And then we argue semantics about whose peace is disturbed, or whether it’s a neighborhood.

All the while the wage gap grows & the ice caps melt. And the mountains laugh.

They know that Mother Earth is going to […] slap us silly while we quibble about giving out city-owned cars and why a car-wash is worthy of tax breaks so low-wage slaves can keep our cars shiny clean to drive on our new wider roads to malls that are failing.