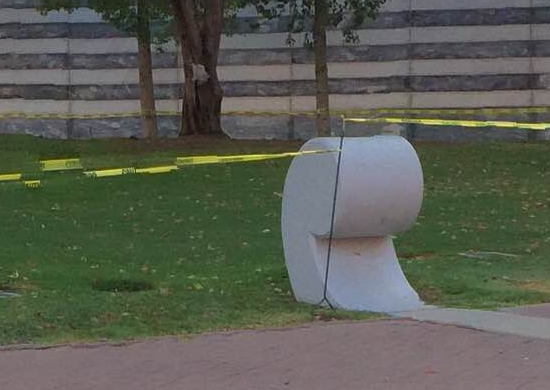 In its eagerness to rid its showcase downtown of the reality of homelessness, the City of Tucson is endangering the lives and health of those many homeless who are based in the downtown. After first closing Veinte de Agosto park just in time for the heatwave’s arrival on Monday — closing off one area of shade trees and greenery to the homeless — today they have tightened the noose a bit further by also closing the park in front of the library (see the photo, taken this morning), where many who had congregated during the day at Veinte de Agosto had been gathering since its closure.

In the name of common human decency we call upon the City to open up these parks and to provide other aid as well during this, one of the worst heat waves of the decade. We have been writing the Mayor, City Council and others to this effect since Craig Gray sent us the photo and reported on the library park closure this morning, and we encourage others to do so as well. 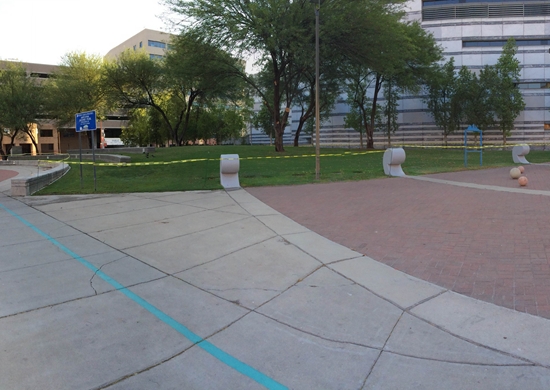 2 thoughts on “Cruel and Unusual: Closing Downtown’s Parks to the Homeless in a Heatwave”