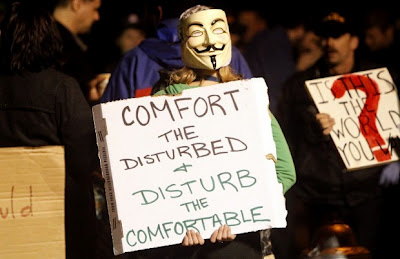 Day One
1 a.m. – in San Jacinto Plaza, downtown El Paso: Three sleepless hours gone by since I crawled into the tent; in for a very long night. Every few minutes someone on a skate board roars near my head. Few sleeping; most enjoying themselves and a guitar being passed around. Occasional insults shouted from passing cars.
2 a.m – The friend who I agreed to share my tent with just crawled in. After chatting a few minutes he says he needs to take a leak, but the porta-john didn’t arrive. I pass him an empty plastic water bottle.

Day Two
7 a.m. – Crawl out of the tent into the morning chill  and head for a nearby coffee shop.
6 p.m. – Return to camp for a community meal and  the evening GA (general assembly).
10 p.m. – Crash on a friend’s couch for a full eight hours of sleep.

Comfort is a powerful force in life. As I’ve gotten older, the allure of comfort has grown even stronger. While I had failed my first test as an occupier it had at least become crystal clear what was required: one must rebel against comfort, against human nature, against oneself.

From October to January I was able to visit, and occasionally stay overnight in, ten Occupy encampments in the U.S. and two sites in Mexico. It has been a marvelous education, a graduate course on urban revolutionaries occupying public spaces, practicing the same model of direct democracy, and always under siege from external forces, not to mention the strain of internal conflict. Occupy has brought people out of isolation and into community. It is a community with inherent rough edges. This is not a movement of professional activists with salaries and operating budgets; absent are directors and foundation grants. Instead the movement’s greatest strengths come from its horizontal structure and lack of funding. Anyone can instantly have an equal voice and there is a near total dependence on solidarity from the community at large.  I have seen plenty of conflict and failure within Occupy, not to mention my own shortcomings, but I have also been fortunate to witness many magical moments involving remarkable generosity, camaraderie, compassion, and triumphs on many levels. While most of the original encampments have disappeared, the lessons learned from their existence have  been invaluable, and the struggle continues in new ways. 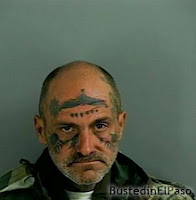 I heard a debate take place early on at Occupy El Paso which I later heard at other encampments on whether everyone, usually meaning the homeless, could be fed from the community kitchen. The decision was always that no one could be refused, other than perhaps a belligerent drunk. From the beginning the homeless were part of the encampments, some just hanging out, but others an integral part. I crawled out of my warm sleeping bag one cold morning to find a homeless man sleeping by the door of my tent wrapped only in a thin blanket. The homeless man in the photo on the right, Lee Roy (first name), was part of a group of seven occupiers who got arrested in El Paso after staying past the permitted time in the plaza. All of the arrestees’ mug shots were posted on a facebook page called “Busted in El Paso”, prompting dozens of unflattering comments. 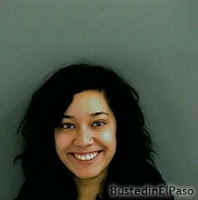 The young woman to the right was an active participant with Occupy El Paso and was arrested with Lee Roy. Between the litany of insults directed towards him, she posted this comment:  “Lee Roy is awesome! Our occupiers and community helped bail him out. He’s been occupying with us since we were released. I gotta say, he’s far smarter than any of you shit talkers could ever hope to be.” Her mug shot was fabulous, brilliantly capturing the moment: the arrests were not something to be ashamed of but to be celebrated; done in solidarity with the masses–the 99%.