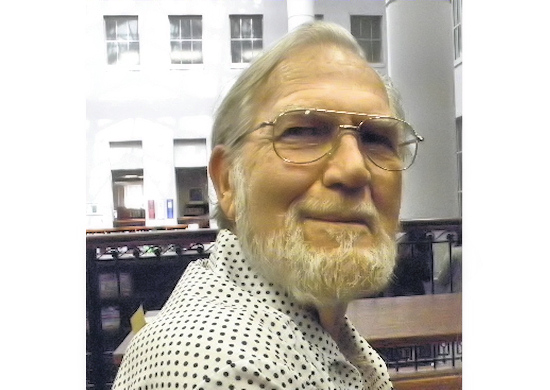 Hardy was born in Texas but grew up in California with his mother after his parents divorced. His artistic abilities were noted early. He came to Tucson to complete his time as an Airman at Davis Monthan Air Force Base, then attended fine arts college at the University of Arizona on the G.I. Bill. He was 26 when he sculpted the Kennedy bust, now installed in downtown Tucson’s Presidio Park. A second casting of the sculpture is in the Kennedy Library in Odessa, Texas, and he sold a third one to Ft. Bragg, North Carolina, for the JFK Special Warfare Center.

Soon realizing art was not going to make him a living wage, he began the first of numerous enterprises, including running the Minus One coffee shop on Sixth Street near the University in the mid ‘60s. Folk music artists, famous and unknown, found eager audiences at the venue. For a while Hardy’s accomplished light shows earned him notoriety and some cash.

To say his career experiences were eclectic is understatement. He raced cars for a time. He thought he could design a car that Detroit would buy. So he built a prototype, sculpting the fiberglass body and even forging glass to assure the windshield was the correct fit. He, along with his motorcycle, was hired to ride as an extra in the Devil’s Angels movie motorcycle gang for a film starring John Cassavetes shot partly in Patagonia, Arizona. He taught himself the building trade and bought fix-up houses he repaired and rented. He taught sculpture briefly, holding some of his classes at the air base.

He was married twice, first to Marilyn Tully. They had two children, Chad Grant and Mary Bailie. His second marriage was to Venece Hardy Grant. Venice kept her maiden name of Hardy, and added the Grant. “He told me when we started dating that he was still going to see other women, but he never did,” his widow says. They were together 35 years. The couple was active in the local chapter of Mensa, which Hardy headed for several years.

Venece says Hardy, who helped many a stranger with car troubles, was always generous with his time. As an artist he experimented with multiple art forms. His creations include drawings, paintings, wood carvings, sculptures, glass and metal fabrications. He had a sense of humor that carried over into some whimsical artistic creations. Venece says she will particularly miss their verbal banter. She describes her husband as intelligent, handsome, and exceedingly charming.

A private service will be held at his home. In lieu of flowers the family requests to please donate to occupiedtucsoncitizen.org