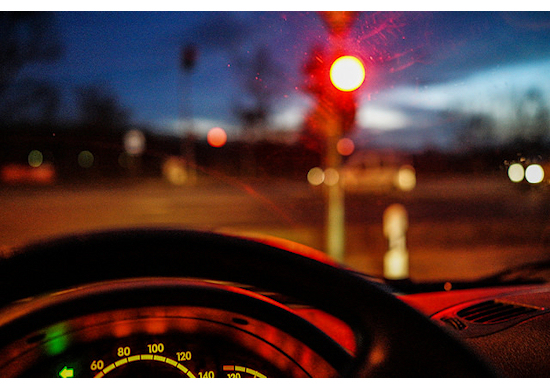 If you don’t like random surveillance, or if you think that the privatization of the prison system was a bad idea, then you should be against the red light cameras.

Because the red-light cameras aren’t owned by the Tucson Police Department. They aren’t run by TPD. Instead American Traffic Solutions, a corporation, runs the entire process, including using computers to decide who is in violation. Because ATS is a business, and not a public service, ATS must show a profit.

It turns out you can’t make a profit filming redlight runners—there aren’t enough of them to support your costs. So ATS lobbied the legislature, the police, and the courts to change the law so that more minor violations—such as stopping six inches past the curb line, or failing to come to an absolute and complete stop when making a right hand turn on an empty street at 2 am—carry the same penalty as actually running a red light at rush hour. The vast majority of citations produced by these machines are not for what the average citizen would call “running a red light.”

If you want to see how ATS operates, go to City Court and watch people of all ages and backgrounds coming out of the ATS-driven “hearings.” They will tell you that there is no Justice in that court. A policeman informs defendants that the judge has been instructed to refuse to hear defendants’ testimony. Truth, Mercy, Justice—these are not options for ATS because, ATS is required by corporate law, above all, to make a profit. ATS does not have the same charter at TPD.

For many citizens, traffic court is the only kind of court they ever experience. ATS is making a joke out of traffic court, and convincing citizens that US courts are no less corrupt than Mexican courts, or courts of any of the other countries that we pretend to be superior to.

Our Mayor says he is trying to fix the problems. The City has been trying for years to fix the problems, and hasn’t found a solution. There is likely a way to improve the camera photo system so that it is fair, and truly improves safety but that would reduce profits for the City, and for ATS. A truly fair system would both increase safety and reduce revenue to below the cost of the system. Good traffic policing costs money. It doesn’t generate revenue.

San Diego Mayor Bob Filner ended red light camera enforcement in February of 2013. “It just seemed to me that the hostility toward [the cameras] bred more disrespect for the law than respect for the law,” Filner said. He added, “Seems to me that such a program can only be justified if there are demonstrable facts that prove that they raise the safety awareness and decrease accidents in our city. The data, in fact, does not really prove it.”

We agree with Mayor Filner. Unfortunately, almost all the research done about computer video policing is conducted or funded by the companies that own the cameras. We could find no data from an independent source that showed statistically significant gains in safety over the long term due to cameras used the way Tucson uses them.

Our red light cameras may not be increasing our safety, but they are increasing contempt for our precious court system, and for the Law in general. Let’s be fair. Let’s spend our taxes on live, human police officers. Please vote Yes on proposition 201.