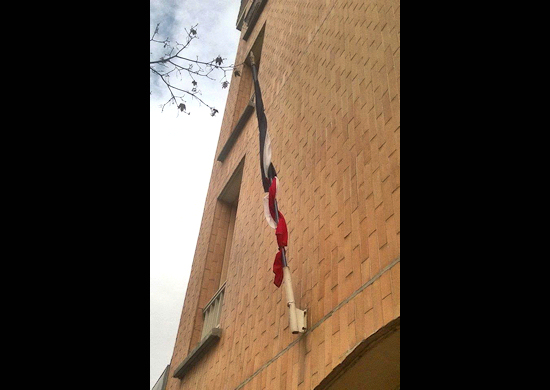 [taken with permission from the Facebook page of former Occupied Tucson Citizen working group member Shannon Cain, now residing in Paris. For those who don’t already know, the French flag filter places the image of a French flag over your profile picture on your Facebook page or, as the company itself puts it, “Change your profile picture to support France and the people of Paris.”]

The message I posted the other day about the French flag filter on Facebook profile photos has been shared more times than anything I’ve ever put on Facebook. Many French friends expressed their agreement, and a few others, French and otherwise, see adopting the tricolor simply as a symbol of solidarity and compassion and resent the “policing of their grief.”

I admire the impulse to support Paris and am in no way interested in judging anyone for their choice over how to manage their sorrow. I am in fact insulted by the suggestion that when person expresses grief for France she is failing to grieve for Beirut, or Russia, or Syria, or that there’s somehow hypocrisy embedded in a simple and loving gesture of kindness and solidarity. I’m moving beyond that silly argument.

What I’m saying is this: there is very little culture of flag-waving in Europe. I spent a semester teaching in Germany two years ago, and compared to the U.S., their national flag is practically kept hidden. There have apparently been times in Great Britain’s modern history when flying the flag was illegal. And I witnessed Parisian friends recoil in dismay when the flag appeared on homes and other buildings in the wake of Charlie Hebdo. Many too are very very wary of all this singing of the national anthem.

I should say too that my friends are made up primarily of progressives, leftists and socialists, most of whom live in the northeast quadrant of the city, in or near the affected neighborhoods.

Europe knows what happens when nationalism takes over.

In the wake of 9/11, we all saw what Americans did with our flag. Car antennas, shopping malls, front lawns and every building in sight. The flag became synonymous, for millions and millions of Americans, including myself, with the march toward war.

On the streets of Paris this week, there are practically no flags. Those that are raised are wrapped up in mourning, not unfurled in defiance.