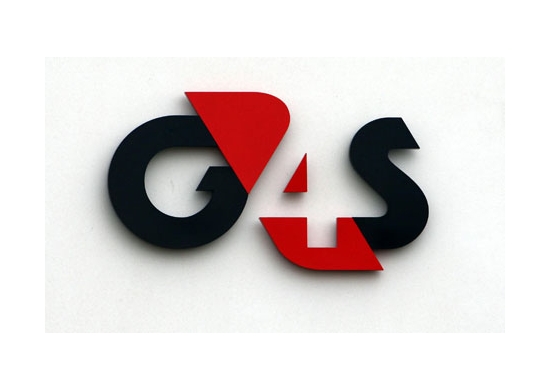 G4S Secure Solutions, a multinational corporation with widespread accusations of human rights abuses in many parts of the world, was awarded a contract on October 30, 2015, for the second time to provide the City of Tucson with security services and equipment. The new contract with the London-based firm runs from November 1, 2015 through October 31, 2016, with options for renewal if performance standards are met. The cost estimate to the City is $350,000.

That price tag, however, is deceptive, because the contract has no ceiling price, but rather allows City agencies to order services as they determine to be needed over the life of the contract within pre-defined parameters, and these add significantly to the cost. The City can request specific security services under the new contract for any of its agencies. Currently, these are for City Hall, including the Mayor and Council Chambers, Parks and Recreations facilities, public housing facilities, and, under the new contract, Sun Tran facilities, which were not included in the previous contract.

The City of Tucson’s Finance Department’s response to a recent public records request discloses that under the previous contract, which had a similar structure, disbursements made to G4S Secure Solutions between late 2010 and early 2015 were:

G4S claims, on its website, to be the world’s leading security solutions company with over 623,000 employees in 110 countries, of which 54,000 are in North America, mostly in the United States. The company, originally founded as Kjøbenhavn Frederiksberg Nattevagt in Denmark in 1901, has a long history of operations in the UK and trades on the London Stock Exchange; it is included in FTSE 100 index.

The G4S office in Tucson is located at 1101 West Grant Road. Its General Manager is Manuel (Manny) Fimbres.

In southern Arizona, in addition to the security services provided to the City of Tucson, G4S provides transportation and logistical services to the Border Patrol and US Immigration and Customs Enforcement, including the buses used to transport undocumented immigrants to and from immigration detention facilities and in their deportation. Thus, they play a key role in the enforcement of US immigration policy that human rights advocates claim criminalizes and victimizes undocumented persons and contributes to militarization of the border.

The company has consolidated on a grand scale through successive mergers and acquisitions. In 2002 it acquired Wackenhut Corporation in the United States, which dropped its own identity in 2010 to become G4S Secure Solutions (USA). The G4S Secure Solutions US headquarters are located in Jupiter, Florida. When I attempted to obtain information from G4S at their West Grant Road office in Tucson, I was referred to the Florida headquarters.

Wackenhut also ran private prisons under the name Wackenhut Corrections Corporation, which is now called GEO Group with headquarters in Boca Raton, Florida. GEO Group currently operates private prisons for the State of Arizona in Florence and Phoenix, and will assume operations on December 1, 2015, at the Kingman prison under a controversial new award by Governor Ducey. GEO Group has been charged with sexual harassment of female employees by their male colleagues in successive incidents, according to an October 27, 2015, report by Craig Harris in . GEO Group’s administration is ostensibly independent of that of G4S.

G4S has been the subject of a worldwide campaign by the Boycott, Divestment, and Sanctions (BDS) movement, which is focused on atrocities in Israeli-occupied Palestinian territories and advocates boycotting Israel, divestment from companies that provide Israel with security services that have included human rights abuses, and sanctions against Israel until Palestinian rights are in compliance with international law.

The BDS movement accuses G4S of human rights violations that include torture of political prisoners, child labor, forced labor, and extra-judicial assassinations, of which the most publicized is the killing of Angolan refugee Jimmy Mubenga during a deportation flight. Other accusations of human rights violations have come out of South Africa, Australia, and the UK, in addition to the Palestinian areas occupied by Israel (http://www.bdsmovement.net/activecamps/g4s).

According to the Financial Times, February 24, 2014, the Australian government terminated its contract with G4S for the operation of its Manus Island Immigrant Detention Center off the coast of New Guinea in January of that year, following a riot in which a 23-year-old Iranian national, Reza Berati was killed and 77 local people injured. Also, according to the same article, in October 2013, G4S was criticized by the UK’s government spending watchdog for providing squalid and rundown housing to asylum seekers. That same year an Australian magistrate fined G4S for the wrongful death from heat stroke of an aboriginal elder known as Mr. Ward as he was transported in a G4S van with no air conditioning in 122 degrees Fahrenheit heat, an incident that occurred in 2008.

On February 29, 2012, in coordination with a nationwide campaign targeting corporate members of the American Legislative Exchange Committee (ALEC), members of Occupy Tucson chained themselves to the gate at the entrance to the G4S parking lot in Tucson, where the buses to transport deportees were parked for three hours until G4S cut a hole in their own chain link fence to allow the buses to leave. The action intended to highlight the daily seizure, detention, and criminalization of undocumented people and corporate profiteering from this policy and border militarization in general. The protesters were ticketed by police for suspicion of obstructing the sidewalk and then released. This action was not a part of the Stop G4S international campaign.

The Stop G4S Coalition, led by the BDS movement, has an affiliate in Tucson comprised of local human rights organizations that are active in opposition to private prisons and on immigrant rights issues. G4S holds contracts to manage private prisons around the United States, although not in Arizona. The Tucson – Stop G4S Facebook page provides information on the campaign.

The human rights concerns about G4S are known to the Tucson Mayor and Council, as evidenced in Council member Steve Kozachik’s Newsletter of June 29, 2015. However, City procurement regulations forbid their political intervention in procurement processes to avoid favoritism. Councilman Kozachik, a number of City employee friends, and this writer have found current G4S security guards to be well-trained, friendly, and helpful. I have found no evidence of any human rights violations under any City of Tucson contract with G4S.

From all appearances, the City conducted its procurement of this contract in strict conformance with its current Procurement Code and in a transparent manner.   A Request for Proposals (RFP) for the services was issued on May 14, 2015 with a due date of June 30, 2015. It was publicly posted on the City’s procurement website, and notices were sent to registered vendors by e-mail. There were 11 bid proposals.

An evaluation committee ranked these proposals according to the selection criteria specified in the RFP. The contract officer requested references for the five firms that were shortlisted in an initial round, and the committee was reconvened to assess their relative strengths and limitations, resulting in a final short list of three of the firms: G4S Secure Solutions, Securitas, and Blackstone Security Services. Representatives of these three firms were interviewed September 11-15, leading to a final ranking with G4S resulting as the top-ranked firm. Following negotiations leading to a modest cost reduction, the contract for both the security services and the equipment was awarded to G4S on October 30, 2015.

Information regarding the award of this contract was posted on the Tucson Procurements web site on November 1, 2015, under it Recent Awards tab, by RFP number, 151289. The contract text is at tucsonprocurement.com. City of Tucson Procurement Director Marcheta Gillespie and Senior Contract Officer Gillian Bucciarelli, interviewed at City Hall on November 13th, provided me with a copy of the Executive Summary Memorandum and answered questions about the contract.

The new contract incorporates security services at SunTran facilities that were not a part of the previous contract. In addition to security officer services and management, it includes 4 patrol vehicles, an X-Ray inspection system, a walk-through metal detector, 4 hand-held detectors, a City of Tucson web portal, and software.

None of the applicants had their principal headquarters in Tucson, although one, Securitas, is based in Phoenix. All but G4S and CEIA have their principal place of business in the United States. Huge multinational corporations like G4S are increasingly able to underbid local contractor for government services at all levels, based on their sheer size with economies of scale, their extensive and diverse experience, and their low wage structure and limited benefits.

In an attempt to get around this advantage, in January 2012, the Tucson Mayor and Council approved Ordinance number 10992 to amend the City’s Procurement Code to apply up to a 5% price preference in bidding processes for service contracts with a cumulative total of $1 million or less in favor of bidders whose principal place of business is in the Tucson Metropolitan Statistical Area (Pima County), and a 3% price preference for bidders whose principal place of business is elsewhere in the State of Arizona. The intent was to favor local businesses that employ local staff and invest and spend their resources locally, thus stimulating the local economy.

However, the Goldwater Institute, acting on behalf of a few individual Tucson taxpayers, challenged the Ordinance in court. In its ruling the Pima County Superior Court found this section of the City Procurement Code to be in violation of key sections of the Arizona State Constitution, the US Constitution’s equal protection clause, and several applicable federal regulations. The matter was discussed by the Mayor and Council, who decided not to appeal the ruling but rather to allow the Ordinance to sunset on January 31, 2015.

The City of Tucson has in place a living wage requirement for its contractors under Section 28-157 of the Procurement Code. Currently, that rate is $10.39 per hour, if the contractor provides the employee with health insurance and pays at least 50% of the cost, $11.62 per hour if health insurance benefits are not provided.

The new G4S contract allows G4S to bill the City at $16.78 per regularly scheduled hour and $23.50 per hour for holiday and overtime hours. G4S is currently advertising for security officers at the $10.39 minimum living wage rate required by the City of Tucson with 59% of health insurance premiums included for full-time staff. This compares with the current starting salary for Tucson Police Department patrol officers of $47,132 per year, or approximately $22.66 per hour, assuming 40 hours per week for 52 weeks.

Now that this contract is in place, what can the City of Tucson and its citizens do to ensure that future awards are not made to contractors having unsavory human rights records and also to favor contractors that will hire and invest locally and help strengthen the local economy and culture? A few suggestions follow:

Photo of Tucson action taken from Shut Down Alec’s video of the action on YouTube.