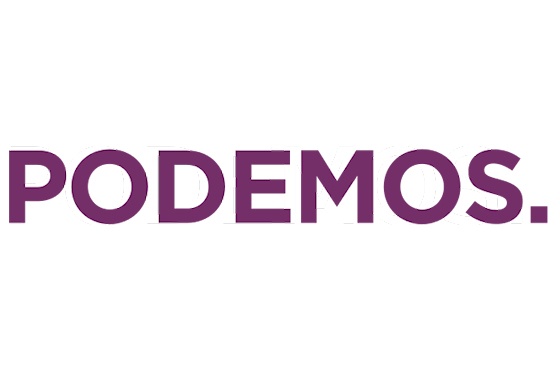 Spain’s parliamentary elections of December 20th produced uncanny results. While the ruling center-right Popular Party (PP), obtained 28.7% of the vote and the greatest number of seats in the Chamber of Deputies, 123 of a total of 350 seats, it lost 63 seats and its absolute majority. The second-placed social democratic PSOE with 22.0% of the vote, lost 20 seats and will have 90 in the new Chamber. The greatest advance was made by a new party, PODEMOS (We Can in Spanish), which with its coalition allies won 20.7% of the vote and 69 seats. Another new party, the center-right Barcelona-based anti-separatist Citizens Party obtained fourth place with 13.9% of the vote and 40 seats.

PODEMOS has its origins in the Indignados movement of 2011, a predecessor to Occupy Wall Street and its sister organizations in the United States, including Occupy Tucson. Led by 37-year-old Complutense University political science professor Pablo Iglesias, PODEMOS has its strength among Spanish youth, fed up with the traditional bipartisan political structures and inspired by Iglesias’s calls for transparent, decentralized citizen democracy with local self-determination, maintenance and strengthening of the social safety network, and an independent stance vis a vis the European Union. Young Spaniards are comfortable with Iglesias, in part because of his informal dress and demeanor. His signature pony tail has received much attention in the Spanish and international press.

PODEMOS was ahead of the other parties in a number of 2014 and early 2015 opinion polls, but lost ground subsequently, as the 2015 elections approached. PODEMOS did win a majority of the votes in Catalonia and the Basque country, defeating the separatist movements in those regions, while demanding referenda on their independence.

The PP is facing serious corruption charges, including allegations that its 2011 campaign was heavily and illegally financed by the Spanish banks, telecommunications companies, and the oil company REPSOL YPF. Its political leaders benefit from their status as aforados, immune from judicial prosecution while in office. The PP has strong support from the pro-business press in Spain. The loss of its majority reflects popular discontent with both corruption and bipartisan politics as usual.

PSOE had its worst election results ever. It was unable to lure PODEMOS into a left coalition, and its poor showing, along with PP’s, strengthens the role of the smaller parties, including the nationalist and separatist movements in Catalonia and the Basque country, among others. Significantly, the PP retained control of the Spanish Senate with 121 of the 208 elected Senators; 58 of the 266 Senators are not elected. PSOE now holds 51 Senate seats, and PODEMOS 15. So any potential “left” coalition would have a hard time governing.

What will happen now is anybody’s guess. The ruling President and PP leader Mariano Rajoy has vowed to form a stable government, but even if he could manage an unlikely coalition with fellow right-wing Citizens Party leader Albert Rivera, he would still lack a majority, and the smaller parties are even less likely to participate in such a coalition. Similarly, PSOE leader Pablo Sánchez would be unable to form a majority government, even if he could convince Iglesias’s PODEMOS to join him. PODEMOS is demanding constitutional reform and a referendum on Catalonian independence as conditions for participation in a coalition with PSOE. Such a coalition would also require the participation of the United Left (2 seats) and the separatist parties (14 seats total), all highly unlikely.

According to Article 99 of the 1978 Constitution, following talks with the party leaders, the king will formally ask one of them to form a majority government. If none obtains an absolute majority of 276 votes when the new Parliament is seated on January 13th, a second attempt with require a simple majority–more yes votes than no votes—without counting abstentions. If no simple majority is reached then, the king may ask another party leader to try to form a government under the same rules. And if this gridlock is still unbroken after two months, the Parliament will be dissolved and new elections called. Meanwhile, the Rajoy government would remain in power.

In the opinion of columnist Miriam González Durantes, wife of former UK Deputy Prime Minister Nick Clegg, writing in the Financial Times of December 22, the clear victor to emerge from this “mess” as many pundits have labeled it, is Spain itself. The country now has the opportunity to clean up corruption in its political system once and for all. Just how, she does not say, but it is highly likely that PODEMOS will demand such change. Iglesias has made clear that his primary objective is change, not power. He would do well to remain out of any potential coalition at this time, and consolidate his base and organization for the next elections, whenever they may occur.