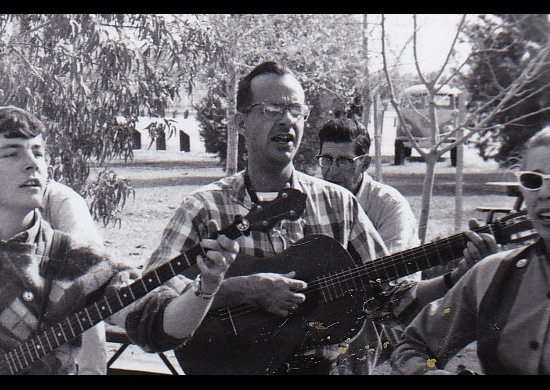 Clyde Robert Appleton, an icon in Tucson’s progressive and folk singing communities, died of a stroke on October 1, 2015, a few weeks short of his 87th birthday, following a long period of declining health. A Community Sing in his honor, in the tradition of the Tucson Folksingers, a group he founded in 1955 and inspired through 1962, will be held on Sunday, January 31, 2016, at 2 pm in the basement auditorium of the Joel Valdez (Main) Library in downtown Tucson.

Clyde was born on November 21, 1928, on his family’s farm at Climax Springs, Missouri. His family owned their land in the Ozarks, but little else. His father played fiddle and guitar and was well known locally for his singing voice. There were few African Americans in southwestern Missouri in those days, but they were treated with dignity by the Appleton family, who were among the few Democrats in this heavily Republican part of the country. Clyde learned early in life to respect all people without regard to their differences.

Clyde attended Park College near Kansas City, Missouri, until he was drafted into the US Army during the Korean War; he served mainly in Alaska. Upon discharge from the Army, he returned to Park College to complete his Bachelor of Arts degree in music. While at Park College he developed his interest in music of all kinds and was active in promoting folk singing events. He also took great interest in the plight of poor people, particularly African Americans during the time of the civil rights movement as it developed in the United States in the 1950s, and he began reading the New York weekly, The National Guardian,. 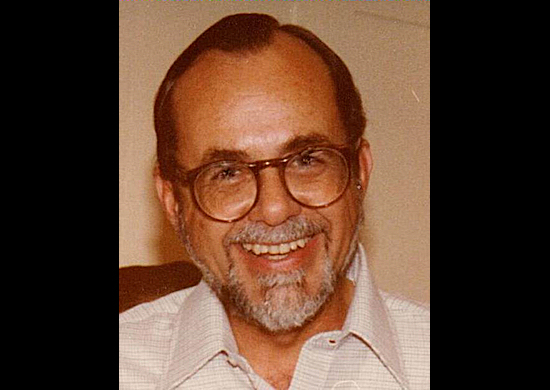 Clyde came to Tucson in 1955 to enter the Masters program in Music Education at the University of Arizona.

Other folk music initiatives arose out of the Tucson Folksingers. David Graham and Lou Simon organized the Ash Alley 241 club that had it own folk group and hosted nationally prominent folk singers. Graham also organized concerts in Tucson with renowned folk singers, including Barbara Dane, Buffy Saint Marie, Hedy West, Judy Collins, Joan Baez, and the Greenbriar Boys. Clyde himself was not involved in these later concerts, but his work with Tucson Folksingers inspired them.

Once he obtained his Masters at the U of A, Clyde taught music at Roskruge and Wakefield Junior High Schools in Tucson. He was considered an outstanding and inspiring teacher by his students and fellow teachers. While in Tucson, he taught guitar at the Jewish Community Center and also played a role in an opera production there.

During those years, Clyde was also active in the civil rights and peace movements. Among other protests, he joined with Students for Equality of the U of A in picketing of The Pickwick Inn, one of the last restaurants in Tucson to refuse serving African Americans. He also joined in annual peace marches to Davis-Monthan Air Force Base to protest the missile race and the Titan missiles armed with nuclear warheads that ringed Tucson. In 1960, Clyde organized a controversial event at the University of Arizona campus in support of civil rights actions led by Robert Williams in Monroe, North Carolina. Williams later fled to Cuba to avoid prison for his role in North Carolina protests that turned violent.

Clyde was also an early member of the American Federation of Teachers, ALF-CIO, and actively promoted teacher unionization. In 1961, he joined fellow teachers Barbara and Vernon Elfbrandt and Gerald Dulgov in refusing to sign an anti-communist disclaimer loyalty oath enacted in Arizona in that year. The teachers who refused to sign this oath were allowed to continue teaching but could not be paid. Led by Barbara Elfbrandt, they fought their case in the courts, and after losing in the State Supreme Court, they appealed it to the US Supreme Court.

In 1966, the Supreme Court found the loyalty oath to be unconstitutional. Even after that victory, the affected teachers had to sue to recover their back pay.

While teaching without pay at Wakefield, Clyde cut a record, Gotta Live the Life I Sing About, which included Mexican and standard American folk songs. He was able to live frugally from the proceeds of that recording during that year.

In 1962, Clyde got a job as professor of music at Shaw University, then an all-black college in Raleigh, North Carolina. While at Shaw, he sent financial contributions to help support the other teachers who had refused to sign the loyalty oath and were not being paid. In Raleigh, he remained active in the civil rights movement and was arrested for his role in a sit-in, spending a night in jail. He also sponsored folk music events there, including a concert with Pete Seeger, which created tension with the Shaw administration during that time of anti-communist hysteria in the United States.

Clyde was comfortable with Communists, but he also worked closely with activists in the Socialist Workers Party, Workers World Party, progressive Democrats, and later in life the Green Party. He considered himself a political eclectic on the left. Throughout his life he demonstrated his commitment to victims of discrimination of all kinds: African Americans, Hispanics, women, LGBT people, and anyone else who was marginalized from mainstream American life.

In 1966, Clyde became a music professor at Western Carolina University in Cullowhee, North Carolina, where he received a student award in recognition of his teaching skills. During his summer vacations from Western Carolina he took classes in the PhD program in Music Education at New York University, where he defended his dissertation on African American music and received his degree in 1971.

That year Western Carolina denied him tenure following FBI inquiries about his political activities, but his students responded with demonstrations picketing the administration building. Then, with PhD in hand, he was able to get a job at Purdue University in Indiana, where he taught for four years with distinction, but, again as a result of FBI pressure, he was denied tenure.

Clyde’s next job was at Kittrell College in Kittrell, North Carolina, but that institution, due to financial difficulties, was unable to extend his contract after two years. He returned to Tucson in 1979 and worked for a time in the law office of W. Edward Morgan in Tucson, assisting with the cases of political activists until he was hired at the University of North Carolina at Charlotte. There again, in 1982, he was denied tenure, but he organized a protest demonstration, which key professors and administrators joined, along with his students, forcing a reconsideration of the tenure denial and his reinstatement on the faculty there. He continued to teach at UC Charlotte until he retired in 1991.

Clyde loved to travel and, on his vacations from teaching, he made yearly trips to one or more of the countries of Europe, Southeast Asia and the Pacific Islands, with repeated visits to Slovenia, Vietnam, and Thailand. He also visited Cuba several times, and the Soviet Union.

Upon retirement, Clyde returned to Tucson and renewed his activism. He was a supporter of the Salt of the Earth Labor College and the Marxist Discussion Group. He participated in peace demonstrations and in campaigns for the rights of immigrants from Latin American countries. He also supported the Congressional campaigns of Raúl Grijalva, who represented the district where he lived on Tucson’s west side.

Clyde also continued to be active in cultural events. He was appointed to a City of Tucson Commission on Cultural Affairs by then Mayor George Miller. In the mid-2000s, Clyde provided help to his bedridden poet friend, Will Inman, whom he had known in North Carolina, but who had moved to Tucson in his senior years. Clyde worked with Will on a near daily basis at his assisted living facility, transcribing poems for publication prior to Inman’s death.

Raised by his mother as a Presbyterian, Clyde was active in the Society of Friends (Quakers) in North Carolina. Later in life he became a Buddhist and attended several Buddhist temples in Tucson.

He was an avid reader and could converse in detail on many subjects, including Latin American and Oriental fiction, theatre, Buddhism, and Tucson’s ethnic restaurants, as well as social and political issues.

Although in declining health, Clyde attended Occupy Tucson rallies and events in October and November 2011. In 2014, he participated in a commemorative concert with some of the surviving Tucson Folksingers, where he was granted a special award in recognition of his contributions to Tucson by Mayor Jonathan Rothschild. Last year he read and edited a review I wrote for this publication of Thomas Piketty’s Capital in the Twenty-First Century, before that review was published.

His departure marks the end of an era in Tucson activist and cultural history.

The Community Sing in his honor is open to all, as Clyde would have wanted. 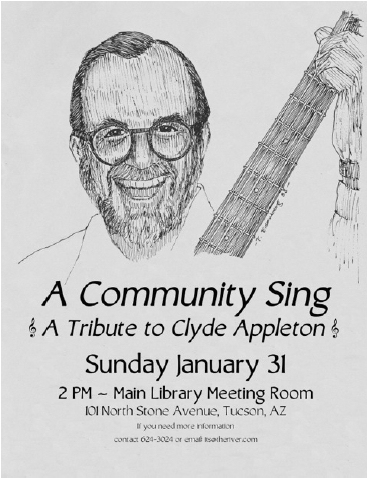 1 thought on “Clyde Robert Appleton, a Life of Music and Struggle for Peace and Justice”