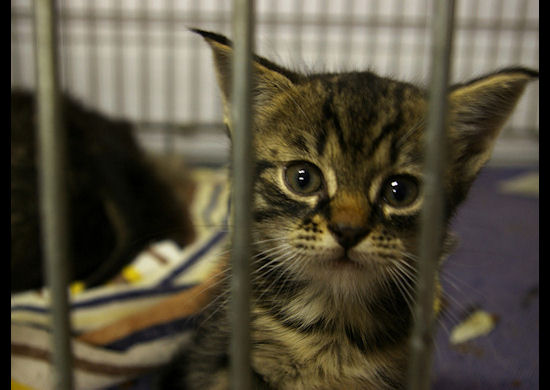 Wrenched from a bond with their families, there is a population of animals in Tucson now languishing in cages, awaiting adoption or death. Often the cause is their human companions’ homelessness.

I have seen the forlorn eyes and agitated pacing of innocent creatures confined at Pima County Animal Care and The Humane Society.

Estrangement from familiar surroundings is only half of the tragedy.

Once affectionately bonded to human partners and mates, they mourn their absence. I know this because my own have been depressed by the loss of a mate.

I am a 73-year-old woman celebrating ten years of remission from end stage cancer. In exchange for a loving home, my hirsute family repays my kindness daily with tenderness and comedy. But never was our bond so important as during my cancer recovery.  The relationship with my feline and canine soul friends was essential to my miraculous healing.

Hugging and stroking my animals was therapeutic. According to a Mayo Clinic study, patients undergoing chemotherapy can benefit from tactile therapy with animals (Halm, 2008), but I didn’t need statistics to prove it.

The felines sensed I was ill and rarely left my side, nuzzling at intervals to check on me as I slept. In my waking hours, doing what comes naturally, the felines entertained me, swinging from cat trees and leaping to soffits like circus artists. Cats love an audience. Their amusing antics kept my endorphin level high.

My dog stayed only fingertips away, his eyes alight with affection. His habit of showing concern was placing his paw on my knee, rocking forward and looking intently into my eyes.

When the pet partners came forward as a cadre, I could feel my blood pressure reduce, my breathing relax.

The Mayo clinic study attributes the physiology to a process called “contact comfort, ” in which the unconditional human-animal bond that forms through touch is thought to induce relaxation and encourage communication with other people. (Mayo Clinic, 2012)

My inter-species family members include eight mellow, mystical felines, in various “shades of gray.” Our deep relationship began when I rescued them as kittens, abandoned to the streets, in jeopardy of meanness.

One devilish red Pekingese is the successor to my wire-haired “cat herd,” who died at age 14, November 16, 2012.  I adopted him from Pima County Animal Control three years ago. We connected when he looked at me with soulful eyes from a cage so dark I couldn’t see his body, and licked my hand. Those eyes, despairing like those of all the inmates there, haunted me; I arranged to bring him home.

The circle is completed by nine innocent semi-feral felines I have nurtured since 2007 in an indoor/outdoor enclosure. I rescued them when neighbors were rounding up hordes of strays into dog crates and deporting them to Pima Animal Care Center, where, according to Alley Cat Allies, “ferals” were immediately euthanized. I had these mothers and kittens spayed/neutered, vaccinated and tested for feline leukemia.

I was able to socialize three one year-olds that are still part of my beloved indoor only crew. Although the others cannot be picked up, they fastidiously use their litter boxes and play with toys. A few kiss my hand as I place food into their dishes. From the safety of a secure enclosure, they spend their days lounging in cat trees, chittering at birds, with the sun on their fur.

The connection with my furred family began when they were very young, and we learned to communicate without words through body language and facial expressions. Writer-psychologist Eric Fromm espoused a theory: the depth of love one has for another equals the effort invested in the loved one’s welfare.

These loved ones transmitted their positive energy to me because I was receptive; and it became a healing force, restoring my immune system.

My felines solicit my attention, jumping onto my arm chair, rolling their faces along my cheek, squinting their eyes with delight in anticipation of being petted. I frequently massage them, because it is mutually relaxing. When I stop, they tap a paw on my arm, indicating “more.”

Despite our intertwined history, we soon will enter a wasteland of separation. On April 15, 2016 the home we have lived in for ten years will be put on the market and sold out from under us. Its price is a modest 114,000, but I did not qualify to buy it to keep our union intact.

According to Marcie Velen, No Kill Pima County board member, “Pima Animal Care Center does not consistently enter data on reasons for relinquishment.” Regardless, my loyal fur friends and I are about to add to the unrecorded statistics.

In my current plight, I do not intend to tell my soul friends, “Okay, you’ve served your purpose,” and subject them to abandonment again, by moving into a senior apartment and relinquishing them to shelters.  But on my Social Security income I do not qualify to buy a home, and finding a rental that will accept 17 animals–albeit well-behaved, litter box trained, and indoor only–has so far been impossible.

I have contacted numerous rescue organizations in Tucson and none can help me foster any of the animals in case I cannot find another dwelling by April 15. It is an untenable dilemma, although I have found an animal advocate who will possibly care for the 9 ferals at her home.

Then another ray of hope shined through the clouds. Lori Wittmann-Tepper, a woman in Tucson devoted to feral cat rescue and founder of Angels’ Cat Sanctuary, told me a friend had found a mobile home at a low sales price.

I began searching and have made a full priced offer on one in a charming park. My son cosigned for the loan, and I am waiting to hear if the park will except 8 indoor only felines and a canine. Our family may be one of the lucky ones to find affordable housing and prevent our separation.

According to Marcie Velen, board member of No Kill Pima County Organization, which was formed to intercede at Pima Animal Care Center to avert relinquishment, there were over 2500 owner surrenders from July thru December last year (2015).

However Marcie explains that statistics on homelessness as the cause would only be estimated, because PACC does not consistently enter data on reasons for relinquishment.

I fervently hope my loyal fur friends and I not add to the statistics.

Grieving the loss of our intimate attachment, a void will be in all of our spirits when we are separated. From my perspective of anguish without my animal companions, it looks as though what is missing in the system is a 501c3 that averts the fracture of the pet partner bond. It should offer stipends to help with housing costs, and interim foster care until the human companion finds housing. This is the time the displaced person needs the contact comfort of their animals most.

For every person whose heart has faltered as they turn over an animal because they are homeless, this plea for a solution is for you as well as me.

2 thoughts on “Trials of a Cat Lady”