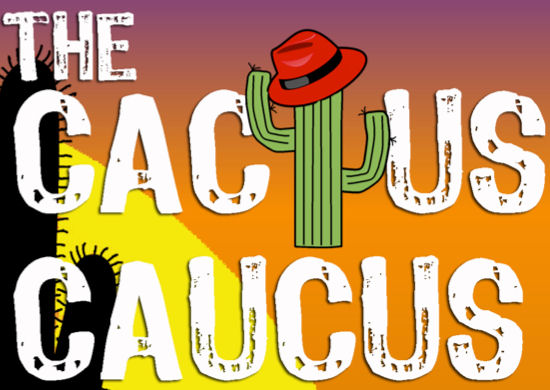 The sense that “the fix is in” on a particular issue, the assurances of our elected representatives notwithstanding, is sure to give community activists that “uh-oh” feeling. Some of us bus riders felt it when a member of the City Council told us that the “redevelopment” of the Ronstadt Transit Center would be a “win-win” situation for all concerned when, of course, many factors point to a “win (for the business interests) – lose (for the bus riders)” situation. In his novel The Cactus Caucus, Steve Meissner describes what goes on behind the scenes when such fixes are put in and how it is that a real life City Council member with a history of civic activism might feel compelled to get up before a group of fellow activists and utter such a cliche.

In The Cactus Caucus, however, Meissner explores this dynamic on the state level, specifically in the Arizona House of Representatives. Being a veteran journalist, former legislative staffer and retired state employee, he is well-equipped to describe the horrors that go on in Arizona’s 116-year-old capitol building complex. The novel begins when the seemingly hapless Bill Leña is appointed to fill out the term of his deceased uncle’s legislative seat and immediately gets caught up in the lobbyist-fueled orgy of sex, alcohol and back room deal-making (anyone remember Azscam?) that is our beloved state legislature. It is a tribute to the skill of the author — a veteran journalist and editor at the Star in its heyday — that he manages to make all the intrigue, intimidation and temptation that surround a single, somewhat obscure bill into a page turner of a novel, but this he does.

It is, however, his portrayal of the sleazy decadence of the workings of our state legislature that gives the work a deeper import. First, there is a stream of bullying and coercion that never seems to let up; indeed, no sooner does Big Jim Walsch, the all-powerful Speaker of the Arizona House, swear our hero in to office then he takes him aside and advises him that “if you so much as take a piss, you better ask me which hand to use.” And temptation also never lets up as the powerful lobbyists and their sexy assistants make their way through the sea of legislators like, as Chairman Mao said in a different context, “fish through water.” Sex may not always be on offer for these state legislators, but free food and non-cash gifts are, as well as the possibility of hefty campaign contributions and a good word in the right ear for themselves or a loved one.

It should be added that, though the Democratic members of the House are not really a part of this debauchery, it is not necessarily because they are a purer breed of politician. Rather, they are simply not relevant. Or, as our protagonist puts it after a few days on the job:

How do the Dems do it? I wondered. How do you come to this place day after day, knowing that you were irrelevant to the process, and any ideas you offered would be ignored? Hell, I’d only been doing it for a couple of weeks, and it more than satiated my death wish. On the other hand, the Democrats had not held the majority in Arizona’s house since Lyndon Johnson was President. That was close to fifty years ago. I guess they either were used to it, or they stayed loaded/or drunk throughout the session.” (p. 326-7)

Indeed, the far right “nut-jobs” that we in our progressive Pima County bastion so often decry for their loony legislative proposals do not come off looking so bad in this work. Loony they might be, the author suggests, but their hard-line ideology gives them some independence from the corporatist Republican establishment (which sometimes hesitates to get on the wrong side of “that crowd,” as they refer to the farther-right of themselves) which otherwise steamrollers the interests of the vast majority of our state’s residents.

Thankfully, our hero also refuses to be steamrollered, and his resistance forms the basis for the novel’s plot. As a result, he never utters the dreaded phrase “win-win situation.” But even he has his momentary lapses, like when he responds to the governor’s statement that the bill in dispute, House Bill 2034, “is important to the economic vitality of Southern Arizona” with the equally turgid politicalese “I cannot support anything that would damage a critical environmental resource in our state.” After hearing himself say this, he thinks: “Shit, I was starting to sound like I really was one of these assholes.”

Now all we need is a novel that will expose the particular dynamics of how such lobbying and power politics play out in our fair city, where a different political party rules the roost. Can we hope that Steve Leal might have such an engaging pot-boiler of a novel as The Cactus Caucus in him? 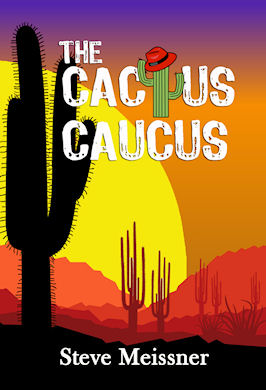