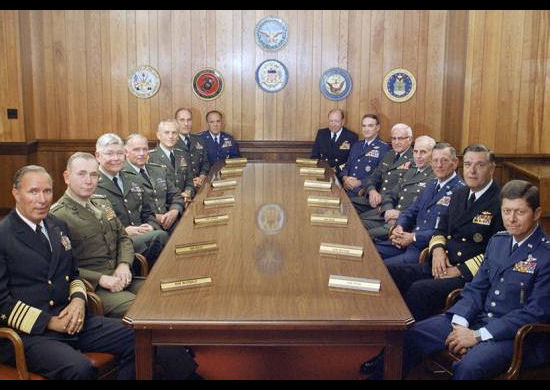 Michael Moore’s new movie, “Where to Invade Next” is not what you’d expect from Moore. It is not some jeremiad against US nefariousness somewhere around the world, nor is it an enraged assault on capitalism, our health care “system” or anything else.

What it is, in reality, is a call to our highest ideals. But it is sly, sly, sly—and subtle. Not what one associates with the name Michael Moore.

Moore takes on a tour of Europe, with an important side trip to Tunisia, which is in North Africa. What he does on each of these stops is remind us what our country could be if only the rich, powerful and the hesitant would get out of the way.

He starts in Italy, interviewing a couple of working class Italians. He says all Italians look like they’ve just had sex. In discussing their work situation, they reveal that, with holidays, they get almost eight weeks of paid vacation a year—and by the way, they get a “13th month wage” (i.e., an extra month’s check) to help them pay for their holidays. Plus, two hours for a lunch break in the middle of the day, so they can eat a healthy meal with their family and other loved ones. (No wonder they often look like they’ve just had sex—they probably have!) When he goes to a nearby factory, he finds that the owners actually encourage this!

Education is a big focus, with stops in France, Finland and Slovenia. In France, he visits a school, which he claims is in a relatively poor area. The students get an hour off for lunch each day, learn to recognize healthy foods, eat meals prepared by an in-school chef, and get served these wonderful means on individual plates—and did I mention the fresh cheeses and desserts that they get with each meal? And he says that it costs less to do this than it costs to feed students in the US. Moore shows some French students what a meal in a US school looks like—and the horrified looks on their faces are priceless!

Finland had schools that performed at the same level internationally as do US schools. They decided to throw out standardized tests, and to cut the school day to three and a half hours—including lunch and recess—and today, their schools are the top rated in the world! And listen to what they teachers says when Moore talks with them!

In Slovenia, college is free. Even for foreigners. And he reports some Americans go to school there because they cannot afford to go to school at home. He said that the government thought about charging foreigners, but the students fought back (and won!) because they were afraid charging foreigners would lead to Slovenians soon being charged. He also got a 45 minute closed door session with the nation’s president to discuss education!

Portugal has decriminalized all drugs. Moore, talking with some police officials, tries to see if it’s true, by telling them he has some cocaine in his pocket. The cops don’t even flinch. Portugal has possibly the lowest addiction rate in Europe. And then these Portuguese police officials asked Moore if they could speak directly to his audience, to which he agrees—and these cops condemn the death penalty in this country!

In Norway, he shows the prison system, where they treat prisoners with respect. They are being separated from their society as punishment, but there is no effort to denigrate them (unlike in US prisons). He starts off with a “country club” prison, which is pretty amazing. Then he shows us a maximum security prison—where the prisoners, yes, the prisoners, have keys to their private “cells,” which come with a private shower and toilet. No, that’s not the way it’s done in the US.

In Germany, he travels to Nuremburg, which was the site of some of the largest Nazi rallies during the 1930s and ‘40s. He focuses on how the Germans have dealt honestly with Nazism and the Holocaust, trying to educate students so nothing even remotely like it ever happens again. He notes that there’s a certain country in North America—built on genocide of Native Americans, and slavery of Africans and their descendants—and wonders what would happen if we ever dealt honestly with our past, like the Germans…?

In Iceland, women had rebelled in 1975 against corrupt government. Moore talks with government officials—including the first female president—as well as business and social leaders. They talk about the difference women make in leadership. He notes that when the 2008 economic crisis erupted—Iceland was hard hit—three of the four major banks failed; the only one that didn’t was one founded and run by women.

The situation in Tunisia, a Muslim country in North Africa, really challenges our thinking. Muslims—ugh: just ask Donald Trump and all of the Republicans. So backward. Yet it was Tunisia where the Arab Spring developed, and eventually overthrew a hated dictator. Afterward, women’s rights and equal treatment were to be put in the new constitution. However, a conservative Islamist political party won the election, and wanted to remove these gains. The women—those poor, helpless, oppressed women—mobilized and not only forced the government to step back on that idea, but the mobilization was such that the Islamist party resigned from control of the government!

Moore’s “expedition” ended up at the Berlin Wall. He had been there when it had been breached in 1989, and after showing how people had used hammers and chisels to break through, he summarized it with “hammer, chisel, down.” At the very end of the movie, after the credits, he revisits this, showing the African American woman who climbed the flagpole in South Carolina and removed the Confederate flag.

This tour de force reminds Americans that many of the ideas being implemented today in these countries originated in the United States: wait until you hear the Norwegian prison official justify their treatment of prisoners as being motivated by the prohibition of “cruel and unusual punishment” by the US Constitution!

However, these are good things in our traditions that we’ve been told not to remember, or were prohibited by Supreme Court justices like the late, but non-lamented Antonin Scalia. We’ve been told not to think out of the box—cause that would make us “communists.” And all-too-many of us have meekly followed along, accepting their reality. Moore challenges us to dare to think big, and go forth to do big things—dare to struggle, dare to win, one might say—and he touches our intellect, our emotions and our hearts with this very impressive movie, which is one of his best, if not the best.

Every American should see this movie. Yet, I’d start with high school students: let’s encourage them to think big, before they get shown the present-day United States. Take your daughters and sons to see this movie—and then wait for the amazing conversations that will ensue. And then vote your hope with Bernie, so they might have a chance to put these ideals into practice.

Review originally appeared in Green Social Thought: A Magazine of Synthesis and Regeneration, reprinted with permission of the author.