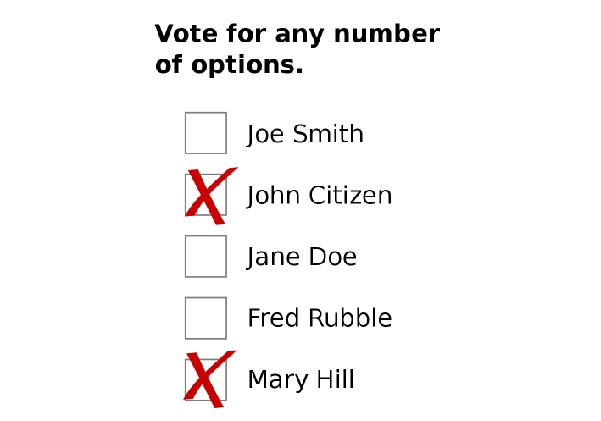 The Democrats and Republicans have had their national conventions, and voters will be selecting between two of the most unfavorably-viewed candidates in modern American political history, the Democrat Hillary R. Clinton and the Republican Donald J. Trump. Not only are their net favorability ratings of worse than -20 practically unheard of among major party candidates, but their net favorability ratings within their own parties are far below past nominees, based on some pollsters’ findings. The primary elections in both of the major parties have left battle scars and revealed deep-seated tensions between different factions within each party’s rank-and-file. Despite all of this, however, the various factions are expected to put aside tensions and, in many cases, outright animosity, to ‘unite’ for the sake of [electorally] ‘defeating’ the other side.

There’s an unspoken question that isn’t asked enough in the media or in popular political discourse: Why? Why is it that often antagonistic, or at least, unfriendly factions are expected to join ranks together and support hated, or at least uninspiring candidates for President, Senate, Congress, and down the ticket? The answer lies in the mechanism by which the two-party system, and by extension, the RNC and the DNC, gain their political and electoral power. The two-party system is enforced by a voting mechanism known as winner-takes-all, or sometimes referred to as first-past-the-post or plurality-rules election. The system is easy to understand – everyone votes for one choice, and whoever gets the most votes wins. But the danger of first-past-the-post elections is not so easily seen. The problem doesn’t necessarily lie in the choices that you have, but the choices that you don’t have.

A winner-takes-all election system is subject to a phenomenon known in the political science literature as Duverger’s Law. This concept states that in equilibrium with rational voting agents, a winner-takes-all election will collapse the number of choices in the election to two. It epitomizes the lesser-of-two-evils phenomenon – most people are not voting for a candidate that they like, but are voting against a candidate they dislike, something borne out in recent Presidential polls. And if the world were ending in 2020, I would agree with the sentiment. But the lesser-of-two-evils mindset has not served this country well over the past twenty years, and instead has paved the way for worse choices in future elections. Because we have not taken steps as a state and a nation to implement better voting systems and reform our election system, we are now in the situation of choosing between two strongly-disliked candidates in Hillary and Trump. There are other candidates running, including the Libertarian candidate, former Gov. Gary Johnson, and the Green’s Dr. Jill Stein, but voting for, or expressing a desire to vote for them is met with scorn and derision by advocates of the major-party candidates. All too often the moniker of ‘spoiler’ or ‘wasting your vote’ or similar slurs are thrown about, in an attempt to corral and sheepdog disaffected voters back into the major-party fold.

The question becomes thus: How do we break free of this? How do we get to a system with better options? In order to break free of the two-party system, we must end winner-takes-all elections, and to do so, we need to petition and write to our state legislators and tell them to implement an alternative voting system. I personally favor and am advocating for approval voting, a simple system whereby each voter may vote for any number of candidates in each election. This bypasses any chance of vote-splitting or other spoiler effects – an individual may vote their conscience, and also vote for the lesser-evil, if they are worried about preventing their least-preferred candidate from being helped as a result. Other activists are seeking a ranked-choice method, such as the instant-runoff method. At the legislative level, I am also advocating for the formation of multi-member districts with a proportional representation system. This will help to ensure that Libertarian, Green, and other third-party and nonpartisan candidates can be represented in the state legislature in accordance with their respective proportions of the voting population. In addition, it will help to break the bipartisan gerrymander imposed on the state legislature by the nominally-Independent Redistricting Commission, which claims to be nonpartisan but in practice has created a large number of one-party dominant districts where the other of either the Democrats or Republicans face nearly insurmountable hurdles to election and elected officials and party leaders face little pushback or risk of being unseated due to displeasing their constituents.

I implore readers to call, write to, or otherwise contact your state representatives and tell them to put a stop to winner-takes-all, first-past-the-post elections and push for sensible voting reforms that will encourage a more fair and equitable representation of elected officials at the state and Congressional levels.

Trey Cizek is a graduate student in Economics at the University of Arizona. He is also a Green Party candidate for the Arizona House in Legislative District 3.