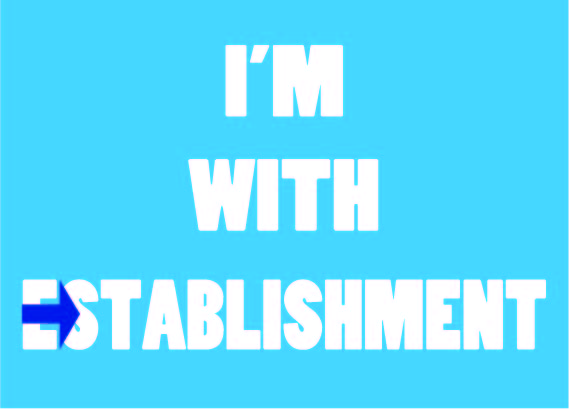 After the low bar set by the Republicans, the Democratic National Convention featured noticeably better stagecraft and organization, despite frustration among Sanders delegates and the controversy following Wikileaks’ publishing of Democratic National Committee (DNC) emails. Most of what I heard at the convention was boilerplate and nonetheless contrasted starkly with the hackneyed fear-mongering of the Republican convention. That boilerplate was a frustrating reminder that a familiar worldview remained dominant in the Democratic party: the Democratic establishment should be thanked for doing such a good job. However, the establishment—both Republican and Democratic—has ill-served the middle and working classes in this country for decades. Outside of the top 20%, income has been flat in the United States for 40 years. Some of this stagnancy has been blunted by credit card debt, but this approach has only exacerbated long-term wealth inequalities: parents who have paid the costs of raising children by taking on debt are more likely to have little to pass on to their children. On the other hand, slower growth of the world economy, and in particular slower growth of the US economy, has heightened the sting of inequality and stagnant income. This critique, as well as critiques of establishment war and civil liberties policies (i.e., why Hillary Clinton is unpopular on the Left) went unaddressed. Lest we forget, I will briefly address this critique and the danger of ignoring it.

To be clear, the theme of inequality (which Bernie Sanders used to attack Clinton in the primary) was addressed—even by Clinton herself—but not the role establishment Democrats have played in this inequality. Sanders used his speech to highlight the rhetorical concessions he got from the Clinton camp, and from the DNC more generally, put into the 2016 Democratic platform. But unlike in the primary, he didn’t rail against the corruption of both political parties by donors, and particularly by the financial elite. Instead he wanted to emphasize to his supporters his judgment that a Clinton presidency would be a more favorable environment to enact reforms than a Trump presidency.

One of the most powerful moments1 occurred during First Lady Michelle Obama’s speech when she reminded us that “all our sons and daughters now take for granted that a woman can be president of the United States.” It is a bittersweet reminder because the particular woman so many of us take for granted is a quintessential establishment figure—which is precisely why we take her for granted! Former President Bill Clinton and others spoke of her (post-graduate study) work for the Children’s Defense Fund, but her role (or his) in transforming Democratic politics by emphasizing identity politics over class politics was never addressed. In Bill Clinton’s speech detailing Hillary’s accomplishments, he said noticeably little about her dual role as First Lady of Arkansas and partner at Rose Law Firm. It is in this dual role, and as a member on Wal-Mart’s board, that the unflattering memory of her by Left activists and intellectuals truly begins. Considering her unique position (Wal-Mart is headquartered in Arkansas and was a client of Rose Law), her silence during this time on Wal-Mart’s strong anti-union practices is important in understanding why so many on the Left view her suspiciously.

Bill Clinton’s presidency, however, is even more important to this understanding. On NAFTA, welfare reform, border control, and more broadly on economic and military policy, the Clintons are seen, on the Left, as acting like pre-Gingrich Republicans2. The Clintons have been integral to the domination of economic conservatism within the Democratic establishment over the last 25 years3. And this has played a subsequent role in Republican politicians spicing up their rhetoric with libertarian and reactionary4 flourishes to (falsely) claim to be more authentic conservatives. A common Leftist recounting of recent history is that Bill Clinton and the Democratic Leadership Council moved the Democratic party to the right, and subsequently the Republican party moved farther to the right. And while the Democratic establishment is socially liberal, nonetheless its liberality comes across as triangulating (as the comedian and commentator Bill Maher said of Hillary shortly after her speech)5. This strategy may have helped Bill Clinton and Barack Obama win the White House, but it has also deeply alienated the left wing of the party, and an unforeseen consequence has been the popularity of reactionarism to prop up the out-maneuvered Republican party. With the nomination of Donald Trump as the Republican presidential candidate, a strategy by the Republican establishment to encourage elaborate fantasies among its constituents has escaped their control.

Nonetheless, reactionary politics isn’t the whole story on Trump’s ascension. I’ve written about a particular post-apocalyptic fantasy peddled at the Republican National Convention, and there are plenty of other fantasies peddled by Republican politicians, pundits, and particularly by trash talk radio (on climate change, immigration, energy policy, etc.); but the most neglected part of the puzzle in understanding Donald Trump’s appeal is in the Democratic and Republican establishments’ rejection of him. Voting for Trump is a way to say “Fuck you!” to the establishment, and meanwhile voting for Clinton is a way to say “Thank you!” to the Democratic establishment. This is an advantage for Trump at a time when Americans have grown restless about a long-term problem that was made significantly worse by the 2008 financial crisis, and the subsequent recession and recovery: gross and growing inequality. That a Trump vote is probably only symbolically anti-establishment is beside the point6. There is actually a possibility that Trump will hurt the establishment. Of course Trump is winning the bulk of Republican voters accustomed to despising the Clintons personally and angry at the influx of immigrants over the past 60 years, but added to this bloc are millions of disillusioned voters ready to embrace anyone that breaks the status quo. Some of these voters may have abandoned another candidate promoting an extension of the wall between the U.S. and Mexico, calling unauthorized immigrants rapists and criminals, or preferring soldiers who weren’t captured, but not Trump. When it comes to Trump, nothing he says matters because he is a genuine symbolic rejection of the establishment. And that is enough for some.

Fantasy and nihilism are Trump’s sword and shield. (A sword and shield also used to promote the ideology of jihadist terrorism7.) And regardless of who wins in November, the fantasy and nihilism that prop up Trump’s popularity among Republicans will retain all their alluring and comforting qualities. Worse, economic conservatism at this time—embodied by both establishment Democrats and Republicans—and the increasing inequality it entails—will predictably increase the appeal of reactionary (and radical8) politics. Whoever wins, there should be extreme pressure put upon them by concerned citizens to not only slow but reverse trends of income and wealth inequality. This is one of the crucial factors in pushing back against the growing popularity of reactionary politics. If we don’t successfully push back now, we could have someone much worse than Donald Trump in contention for the presidency 4 or 8 years from now.

Trump has done us a favor by exposing so thoroughly the intellectual and moral bankruptcy of the reactionary Right.

Show the notes to this article

1. More attention has been paid to Michelle Obama’s contrast of the White House having been built with slave labor, and her “daughters, two beautiful, intelligent, black young women playing with their dogs on the White House lawn.” But perhaps the most powerful moment, and certainly the one which received the most media coverage, came when Khizr Khan, father of a Muslim soldier killed fighting for the US Army in Iraq in 2004, criticized Donald Trump’s call to ban Muslims from entering the United States, saying,

“Have you ever been to Arlington Cemetery? Go look at the graves of brave patriots who died defending [the] United States of America. You will see all faiths, genders, and ethnicities. You have sacrificed nothing and no one.”

Donald Trump has infamously responded in his classless, cartoon-like, narcissistic manner, and claimed to have “made a lot of sacrifices”, including working very hard, creating jobs, building structures, and having “had tremendous success.”

2. After Newt Gingrich was made Speaker of the House in 1995, only “moderate” Republicans continued the attempt to balance conservatism with reactionarism4 in their rhetoric (a common Republican triangulation since Nixon’s southern strategy). For the rest, reactionarism (and, less so, libertarianism) supplanted conservatism in their rhetoric. This strategic feint completely changed the terms of political engagement with Republicans.

3. Search for “New Democrats”, “Third Way”, and “Democratic Leadership Council” for more information on the strategic pivot to embrace economic conservatism within the Democratic party.

4. A reactionary worldview is necessarily based in fantasy because it is always an attempt to recreate an imagined past (which is impossible). For example, the reactionary debate about unauthorized immigrants is epitomized by the Trumpist fantasy that the United States is going to round up eleven million (or more) unauthorized immigrants (always “illegal” in reactionary circles) and build a giant wall to keep them all out for good. The fact that net migration from Mexico has been negative for years does not matter because this is about winning a fight that’s already been lost: i.e., reversing the established fact of the eleven million unauthorized immigrants who have made the United States their permanent home over the last 60 years. For another example of reactionarism search for “Neo-confederate”.

5. Though I think this view is largely true of Hillary Clinton, I think it is much less true of her work on women’s and children’s rights.

6. Trump may have offered Mike Pence (and therefore the Republican establishment) the bulk of presidential powers and responsibilities. That is what was reportedly offered to John Kasich to run with Trump as the Republican vice-presidential nominee.